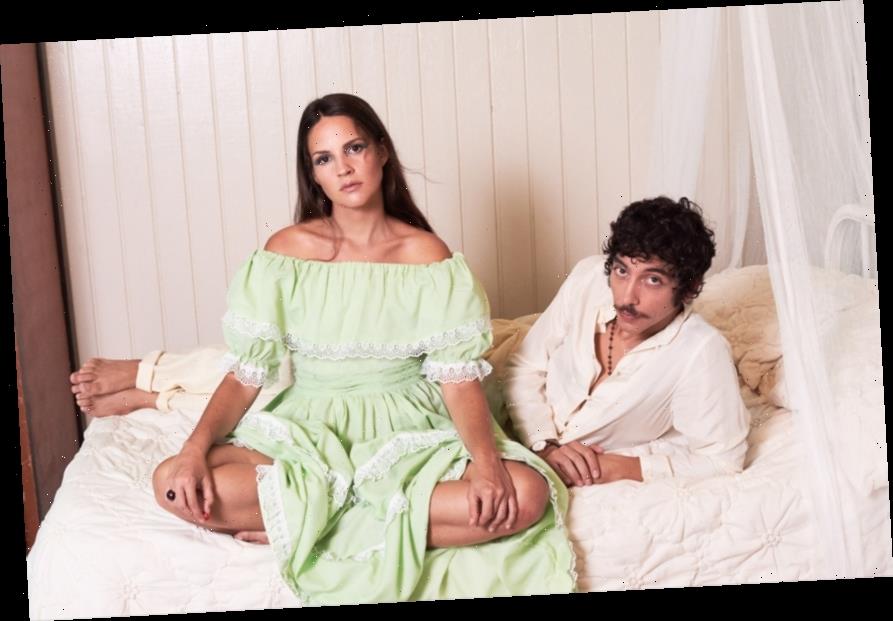 Boricua band Buscabulla have dropped a brand new video for their gauzy disco cut, “NTE.” It is the second single off their upcoming full-length debut, Regresa, out May 8th on Ribbon Records.

“NTE” stands for “No Te Equivoques,” or “Don’t Get It Wrong.” Directed by Chris Gregory-Rivera and filmed by Frank Elias on 16mm film, the video was shot at sunset over the waterfront in Aquadilla, Puerto Rico. Backed by a full funk band, frontwoman Raquel Berrios sings matter-of-factly in a luxe blond wig and orange shades: “You ask ask ask and ask/My heaven you surrounded me/And go on go on and on/You got me wrong, huh huh.”

Primarily comprised of Berrios and Luis Alfredo Del Valle, Buscabulla wrote and recorded the album upon returning to Puerto Rico in the aftermath of Hurricane Maria. The album title Regresa, which means “return,” speaks to the gravity of their homecoming, as well as the emotional cocktail of heartache and cariño with which they write about their island. Produced by Patrick Wimberly (Solange, Blood Orange), Regresa will also feature guest contributions by Helado Negro, as well as Nick Hakim and Nydia Caro.

“The album reflects the joys of being back but it’s also melancholic,” Raquel says. “You can feel like a stranger in your own home because the island is going through very hard, weird times. Most people our age have fled. We have also changed after being away for so long.”

The band will embark on their first-ever North American and European tours following the release of their album. Regresa is now available for pre-order here.