California’s Dixie Fire is now the largest wildfire in the U.S. and third-largest in state history

The Dixie Fire in California is now the largest wildfire in the U.S., growing to 432,813 acres overnight. As of Friday morning, the flame was 35% contained and officials said heavy winds have made it difficult to control.

Fire officials said the Dixie Fire grew more than 97,000 acres since Thursday, making it the third-largest fire in California history. The wildfire has destroyed 134 structures and threatens over 13,800.

This week, the blaze decimated the historic town of Greenville, where streets have been reduced to rubble. Homes and businesses — some from the 1800s — were charred beyond recognition.

In Plumas County, more than 100 homes were destroyed and four residents are unaccounted for, officials there said. In the town of Chester, 2,000 residents have been evacuated while fire crews work desperately to try and divert the flames around the town. 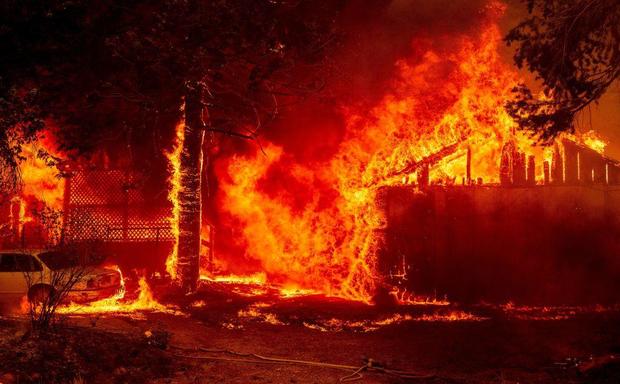 “I’ve been fighting fire for 25 years and this is the most extreme fire behavior I’ve ever been a part of,” said Mike Watner of the Chico Fire Department. “We try and direct the fire around the structures as best we can but they don’t last. They’re a temporary fix to buy us some time to get houses prepped and save what we can.”

The Dixie Fire’s growth has surpassed Oregon’s Bootleg Fire, which now covers over 413,700 acres but has slowed thanks to cooler temperatures, according to fire officials. They said the fire in Oregon is 87% contained.

Cal Fire said a heatwave and high winds have encouraged fire growth. The weather is expected to last through the weekend but officials hope more humidity will help firefighters draw a better perimeter around the blaze. Fire officials expect to contain the fire by August 20. 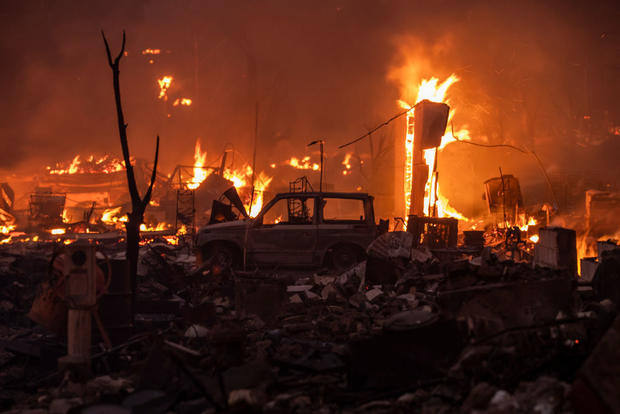 The official cause of the Dixie Fire is still under investigation. However, the Pacific Gas & Electric company said the wildfire could have started when a tree landed on one of its power lines.

“There is stuff out there that we didn’t want to see. Again, talking about the people out there dealing with evacuations,” said Jake Cagle, a fire official with California Incident Management. “We are all challenged. Law enforcement’s challenged. We have firefighters getting guns pulled out on them because people don’t want to evacuate. That’s just the duality. That’s what it is.”

The CBSN documentary “Bring Your Own Brigade” captures the horror and heroism of the deadliest week of wildfires in California history and explores the causes and solutions of a global crisis that is quite literally burning our world to the ground. “Bring Your Own Brigade” is in theaters now. You can stream it on the CBS News app or Paramount+ on August 20.