The final season of animated series will premiere May 13 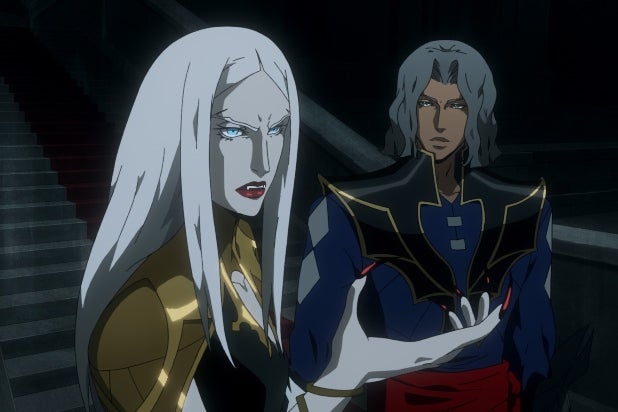 Netflix is ending its animated series “Castlevania” after four seasons, but may not be done with the universe.

The streaming service is eyeing a new series that would be set within the same world and feature new characters, an individual with knowledge of the production told TheWrap.

The fourth and final season of “Castlevania” will premiere on May 13. It will consist of 10 episodes.

“Castlevania,” based on a Konami video game, premiered in July 2017 and was Netflix’s first anime series. Sam Deats is director. Warren Ellis is creator and writer and serves as executive producer along with Kevin Kolde, Fred Seibert and Adi Shankar. It is produced by Frederator Studios, a Wow! Unlimited Media company.

“Castlevania” is a dark medieval fantasy following the last surviving member of the disgraced Belmont clan, trying to save Eastern Europe from extinction at the hand of Vlad Dracula Tepes himself. Its voice cast includes James Callis, Emily Swallow, Matt Frewer, Tony Amendola and Alejandra Reynoso.

Deadline first reported the news of the new “Castlevania” series.