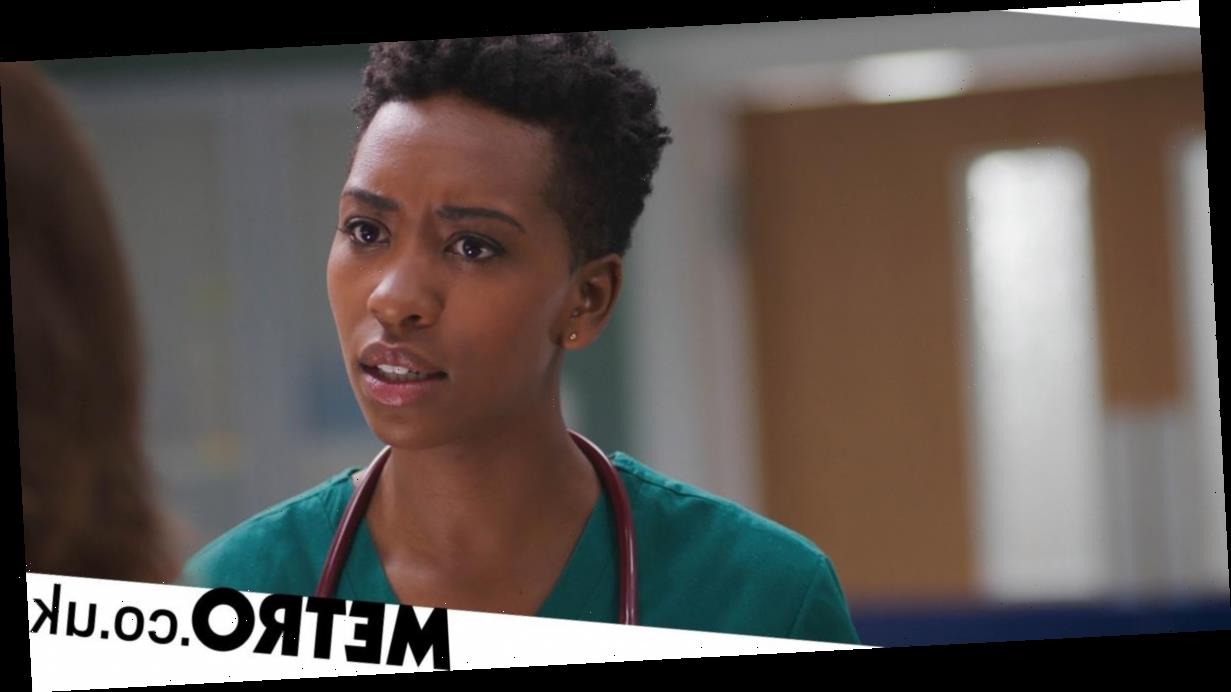 Dr Archie Hudson (Genesis Lynea) said goodbye to the ED in tonight’s Casualty, as she headed for a new job working alongside Eye Doctor Megan (Emily Woof) in Sudan. She’s had a rocky time of it during her year in the department, not least in her clashes with Connie Beauchamp (Amanda Mealing). Since Connie returned from her extended break she’s had a new respect for Archie and has tried hard to make amends – so when Connie discovered that Archie had had a job offer, she tried to get her to stay by holding out the prospect of a consultant’s post to her.

There was a strong similarity with the situation when Elle left, in that Connie seems incapable of being able to admit to herself that she needs friends. Archie asked for her advice about whether to take the job in Sudan or not, and Connie immediately went on the defensive, which pushed Archie away and made the decision for her. And, as with Elle, Connie was left watching sadly as someone she could have been close to walked away.

Meanwhile, Ruby (Maddy Hill) was discovering that holding down a demanding job and looking after a demanding baby was not an easy task, particularly as she’s also been hit hard by the loss of her sister. Her mother Lavender (Sian Webber) had turned up to help, but Ruby and Lavender don’t share a particularly warm relationship so she wasn’t very much help at all.

Ruby decided to focus on work, but her main case of the day involved a woman who’d been adopted after being given up by her rather obnoxious racist mother. This provided ample opportunity for Ruby to get into conversations about parenting. The woman told her that she pitied Ruby’s daughter because of how judgemental Ruby can be.

When Ruby realised she’d forgotten to buy Harmony any nappy cream and had also missed several calls from the childminder, she realised that she couldn’t look after Harmony properly and work at the same time. Luckily for us she decided she was better at being a paramedic, so reluctantly gave Harmony to Lavender to look after.

Elsewhere, Marty (Shaheen Jafargholi) was trying Jade (Gabriella Leon)’s patience because of his repeated hangovers and absences. The final straw came when he went off with Dean (Tony Hirst), a friend of a patient, who was terminally ill.

Jade assumed that they’d slept together – which almost did happen – but they’d been having a heart-to-heart about Dean’s diagnosis and about Marty’s recent romantic problems. Dean advised Marty to tell Jade how he was feeling, but it was too late – she’d decided she was finished with covering up for him with Charlie and was tired of being used by him. Marty was left feeling even more isolated.