CELEBRITY Gogglebox fans were left disgusted as a star shared an ice cream with their DOG and carried on eating it.

Denise van Outen and her partner Eddie Boxshall were joined by their pooch as they watched the telly during last night's instalment of the Channel 4 show. 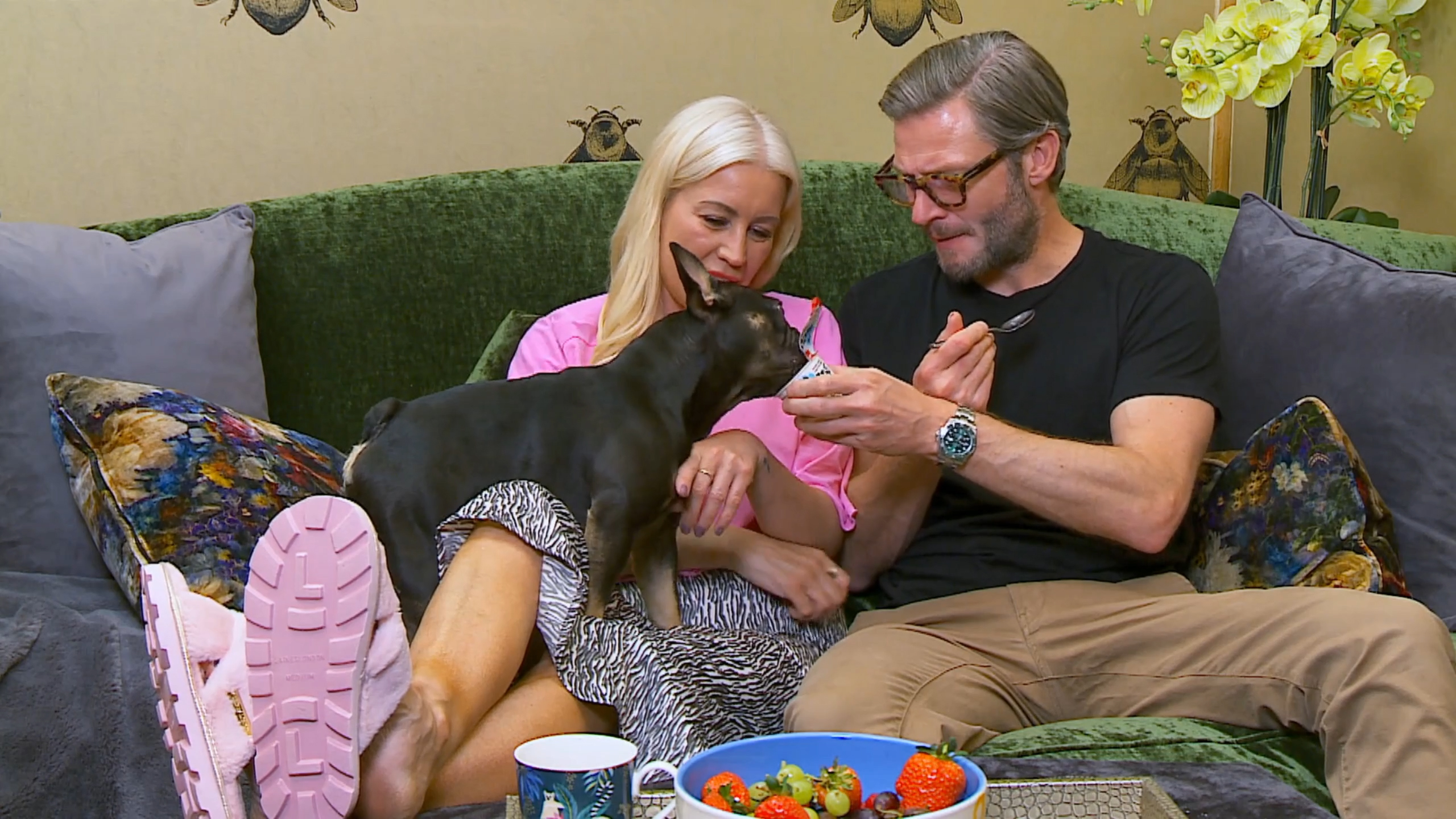 The telly favourite, 47, got her hands on ice cream made especially for dogs and let her adorable french bulldog have a taste.

Eddie, 47, was intrigued to see what the dessert was like and then let his pup have a lick and later ate from the tub AGAIN.

A shocked Denise asked: "Are you actually trying it? What does it taste like?Please tell me it's tuna or something." 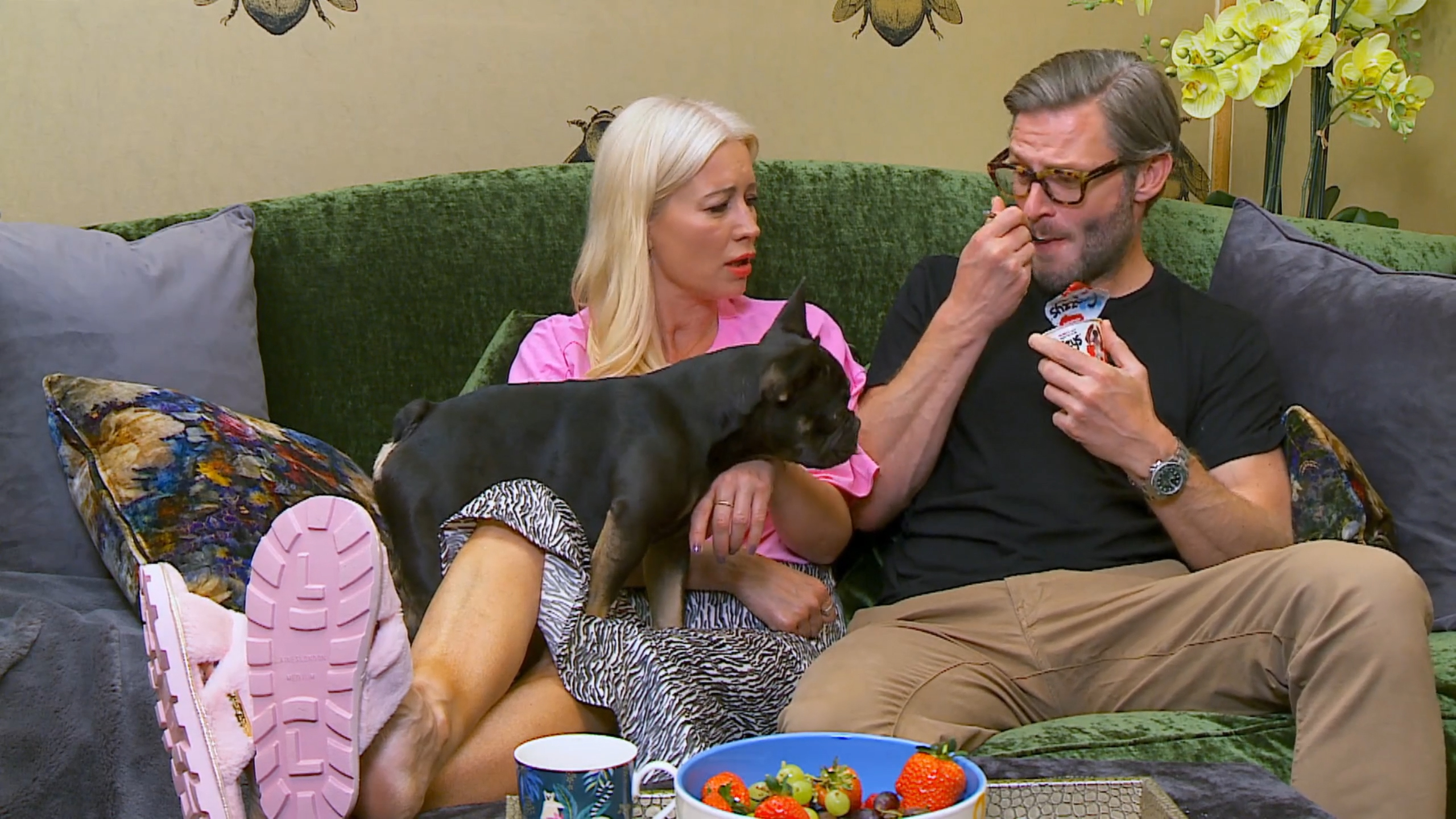 He then let his four-legged pal gave her approval and she definitely enjoyed it.

Denise asked her pup: "It that yummy? She's so sweet isn't she?"

But Eddie wasn't done there with eating the pudding.

He snatched the pot back and said: "I think I'll have some more of that!" 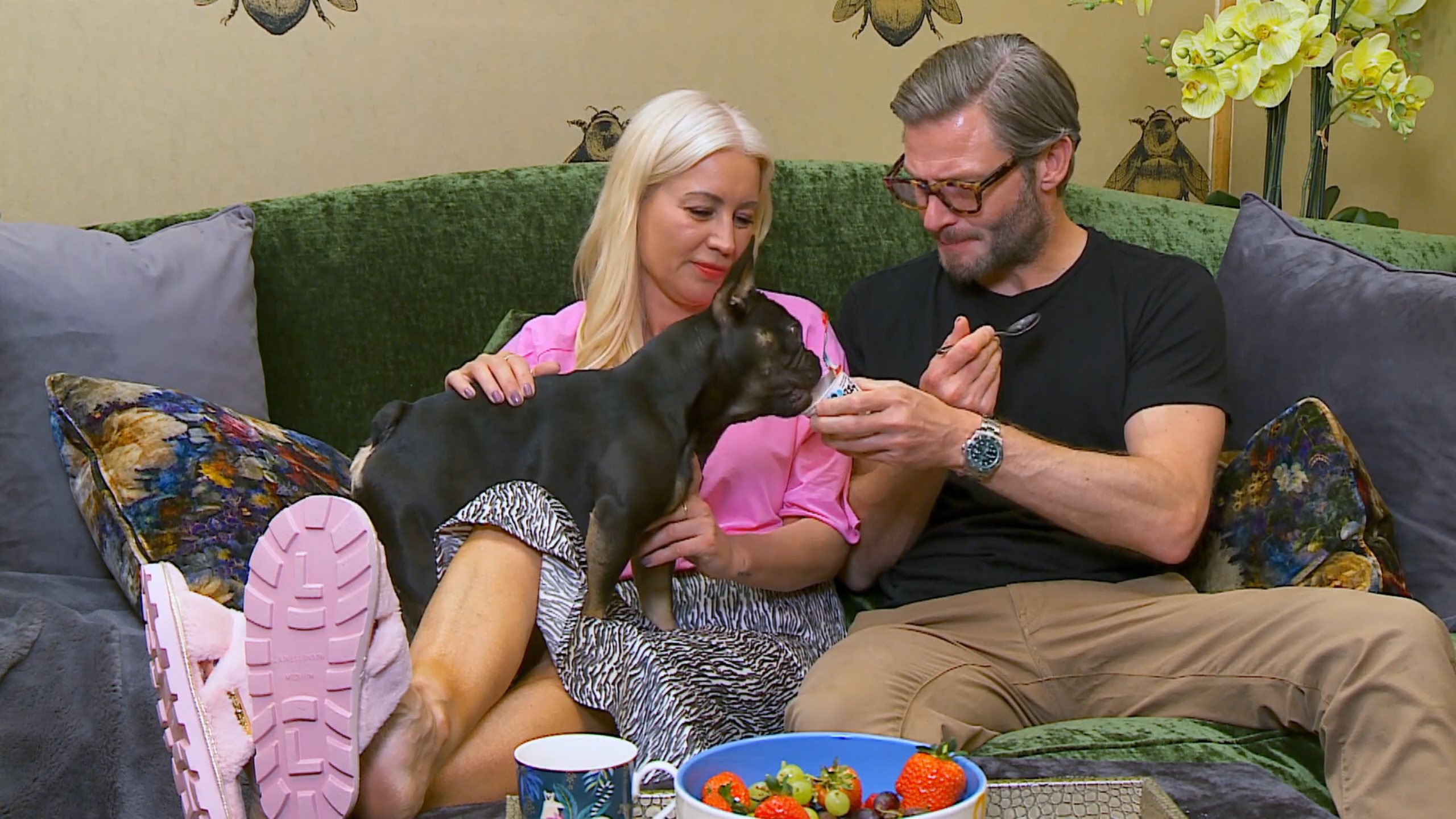 As Eddie tucked into the ice cream again, Denise shouted: "Oi it's for the dog! I got them for the dogs.

"It's a doggy ice cream you can't eat thtat!

But the Essex lad wasn't bothered that it wasn't designed for humans and said: "It can't be that bad, of course I can!"

He soon gave into her puppy dog eyes and let her finish the tub. 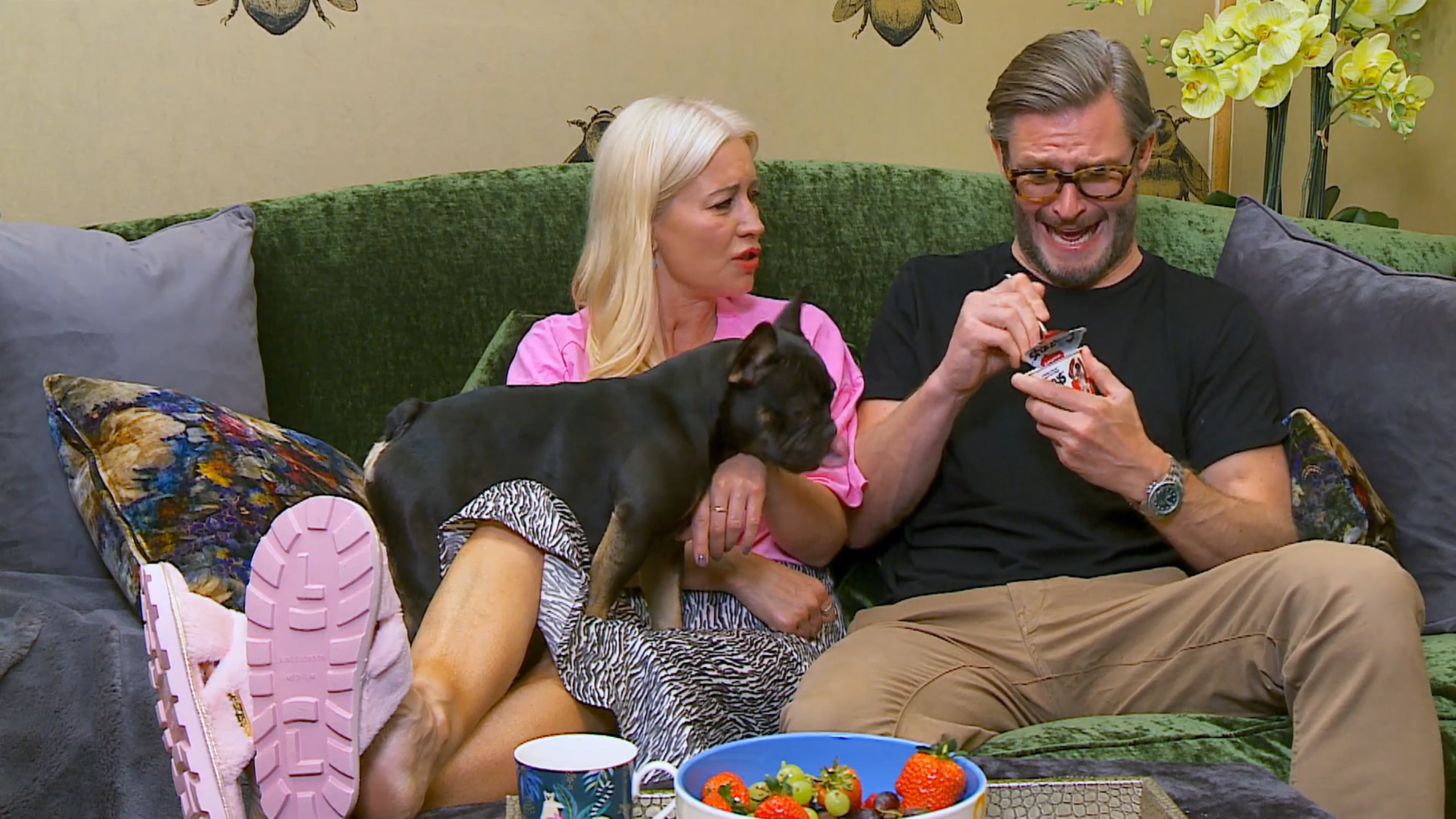 However fans of the programme couldn't believe that continued eating the treat after his dog had eaten from it.

One wrote on Twitter: You’re telling me the dog who licks EVERY thing licked in the ice cream pot and Eddie proceeded to put his spoon in after to eat it???? #gogglebox."

A second said: "Eddie are you joking after the dog licking it #CelebrityGogglebox #gogglebox."

A third added: "DID HE JUST EAT FROM THE SAME POT AS THE DOG??? #Gogglebox" 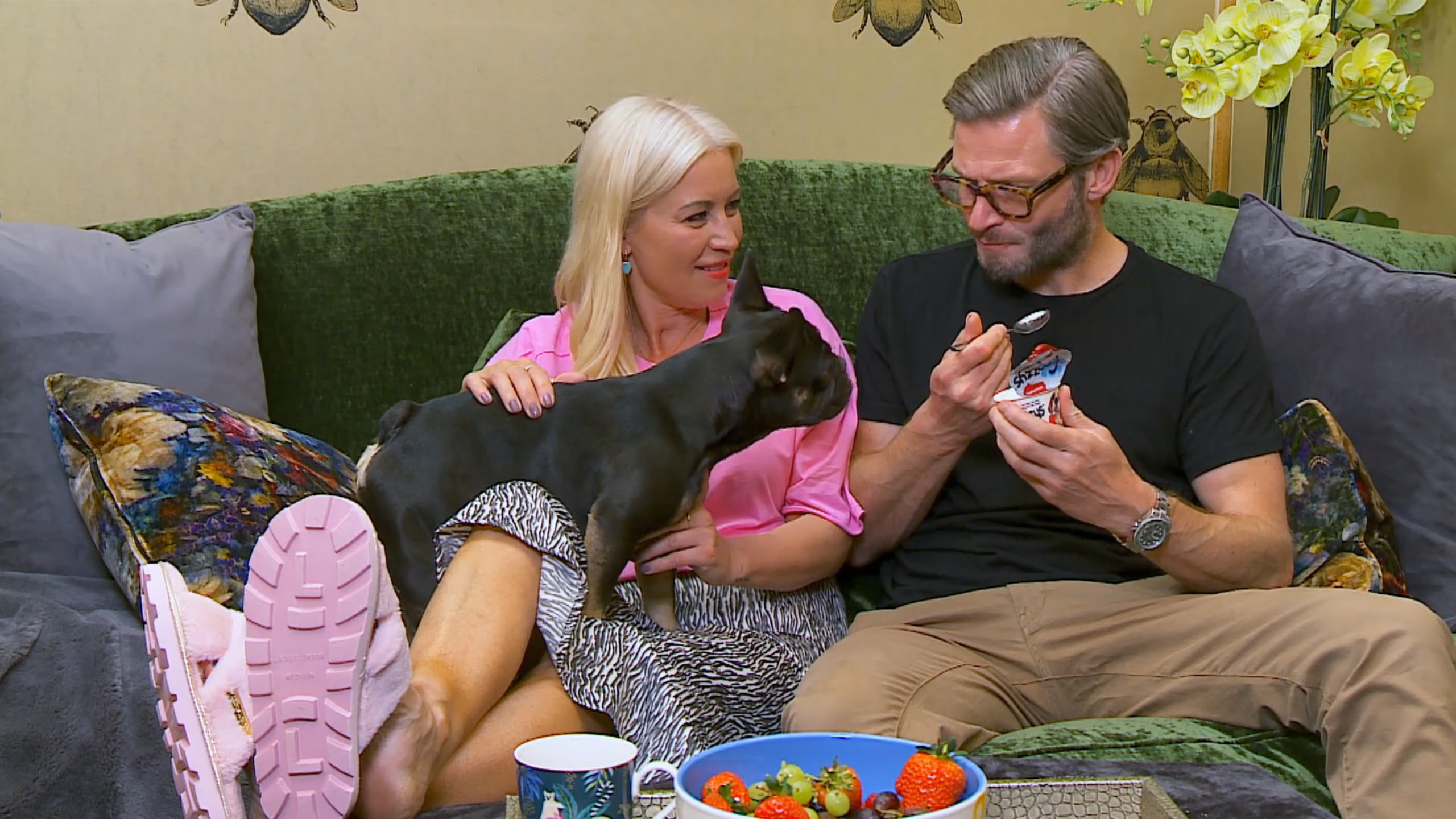 Denise and Eddie arent curently engaged but are preparing to tie the knot, so are waiting until Covid-19 restrictions are lifted to become husband and wife.

That's not the only thing viewers were shocked at last night.

Popstar Anne-Marie screamed "who the f**k is that?" as she watched Bonnie Langford reveal herself on The Masked Dancer.

The chart topper nearly fell off her sofa last night when the Squirrel was revealed as the 80s singing sensation and EastEnders actress.

As the red head whipped off her mask on the telly, Anne-Marie pointed and yelled at Tom Jones: "Who the f**k is that?"

He looked at her in utter amazement and said: "That's Bonnie Langford."

One viewer wrote: "How the hell does Ann Marie not know who Bonnie Langford is? Has she lived in a cave?"

Another said: "#CelebrityGogglebox cheating us out of seeing Sir Tom Jones explain to Anne-Marie who Bonnie Langford is **shakes head**."