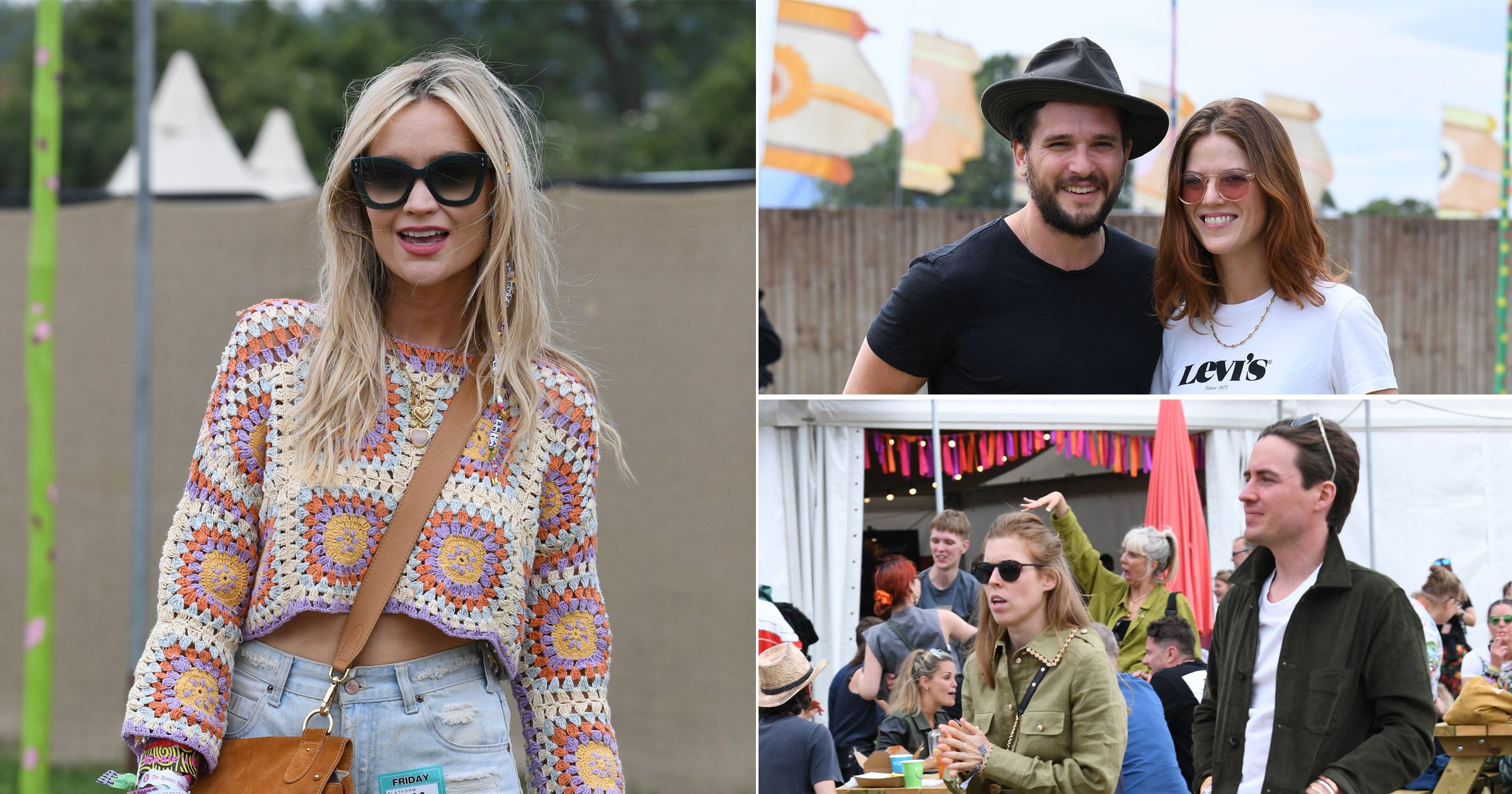 Glastonbury Festival is finally happening once again and the celebs are rolling in!

Kit Harington, Princess Beatrice, Laura Whitmore and more have dug out their most festival-appropriate footwear in preparation for a weekend of what are sure to be incredible performances, with the likes of Sir Paul McCartney, Fleetwood Mac, Billie Eilish and Kendrick Lamar ready to belt out their hits.

This year marks the first time Glastonbury has taken place in two years, following cancellations due to the pandemic, so it’s safe to say, everyone’s buzzing.

Kit and his wife Rose Leslie – whom he married in 2018 – were all smiles as they arrived at the Somerset-based music event, clearly looking forward to the big names set to grace the stage.

The actor’s appearance comes after news of a Game of Thrones spin-off was confirmed, with author George R R Martin announcing his involvement in the Jon Snow spin-off series.

Further details are being kept under wraps for now, but it seems Emilia Clarke has already mentioned that SNOW was Kit’s idea in a recent interview.

Arriving at Glasto on Friday, Kit and Rose donned casual, understated attire of jeans and t-shrits, but still managing to look effortlessly cool – how do they do it?

Thankfully, they chose sensible footwear too, with Kit in boots and Rose in trainers.

Also ready for a weekend of music is Laura Whitmore, who’s celebrating her hen party at Glasto after marrying voice-over legend Iain Stirling at the height of the pandemic.

She arrived at the festival in style, travelling with pals by helicopter for what they’ve cleverly dubbed ‘GlastHENbury’ – see what they did there?

Rocking up on day one, Laura gave off major Coachella vibes in a colourful crochet cropped sweater which she paired with denim shorts and the most amazing silver cowboy boots.

She had all the gear and all the ideas, with several festival wristbands stacked up her arm and a VIP sticker on her leg.

Glastonbury is for everyone – even the Royals – as Princess Beatrice put in an appearance with husband Edoardo Mapelli Mozzi.

She donned a khaki mini dress and looked ready to rock and roll, fresh from the contrasting scene of a glitzy party at the National Gallery.

Meanwhile, model Daisy Lowe opted for a lowkey ‘fit of a white crop top and black overalls, prioritising comfort for what is bound to be an intense weekend.

Luckily for Daisy, she had her wellies on so is all kitted out in case the rain makes an appearance.

As ever, Glastonbury is being held at Worthy Farm, located in Pilton, with at least 200,000 people expected on the grounds.

It will come as no shock that tickets are sold out, after over two million festival goers registered with the hopes of striking lucky.

The festival will end on Sunday, June 26, with the final event of the festival headlining the Pyramid Stage 9:45pm until 11:15pm.