BBC Breakfast spoke to a minister from each devolved nation this morning, with Charlie Stayt and Louise Minchin taking it in turns to host the interviews. When Stayt spoke to Dominic Raab MP, those watching at home were left unhappy with the constant interruptions and “silly” questions.

Stayt began: “Is it your understanding, from the advice you get, that more transmission takes place in the hospitality area than in households?”

“I think there is a range of different risks of transmission,” the politician replied.

“There has been concern about intra-household transmissions, that’s why we introduced this limit of six – so we’ve dealt with that.

“We also know there has been increased transmission recently amongst young people and we think in the hospitality sector we think there is a particular risk in the way I have described. 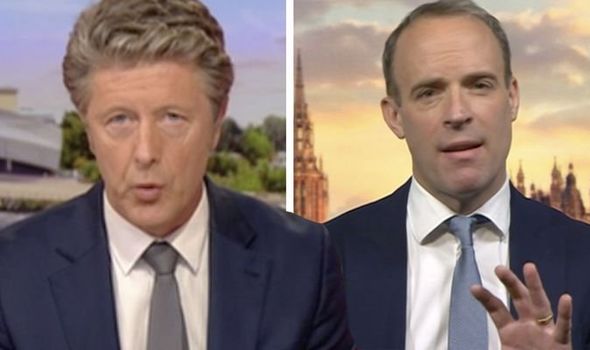 “But there’s no one silver bullet, we’ve got a sweep of measures; people should work from home where they can – if they can’t they should work in a Covid-secure workplace.

“We’ve increased the use of masks…and I think if we take all the measures, and everyone follows them, if we all pull together – as we did during the peak of the virus – we will get through this,” he added.

“I’m very confident about that.

“We will get Christmas, not in a national lockdown, with the economy and schools open, and the social interaction we need, then we can look forward to the New Year.”

“Can we speak about some of the practicalities,” Stayt was heard requesting. 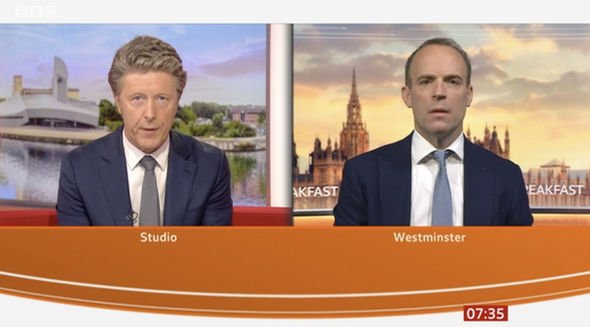 “Just a moment, before we move on to some of the other issues.

“If I may, just stick to some of the practicalities at the moment,” the presenter remarked, silencing Raab who hadn’t finished making his point.

Taking to Twitter to comment one said: “@DominicRaab well played in handling the @BBCBreakfast attempts to be difficult.”

“@BBCBreakfast you’re doing it again Charlie, not giving Dominque Rabb chance to reply,” someone else added. 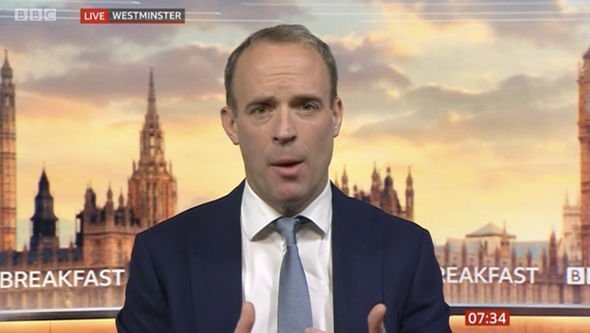 A third tweeted: “@BBCBreakfast Charlie…..PLEASE let him speak and not interrupt. We want to listen to what he has to say….”

“@BBCBreakfast Charlie is a bit a d*** really.  Well done @DominicRaab good interview,” a viewer commented whilst another said: “@BBCBreakfast  Charlie, your boring me with your mundane silly questions.”

“@BBCBreakfast I just switch off when Charlie or Naga are interviewing anyone these days. they usually just jump in constantly,” a fan remarked.

Others however felt Raab was out of his depth: “Raab is having a mare @BBCBreakfast,” a tweet said. 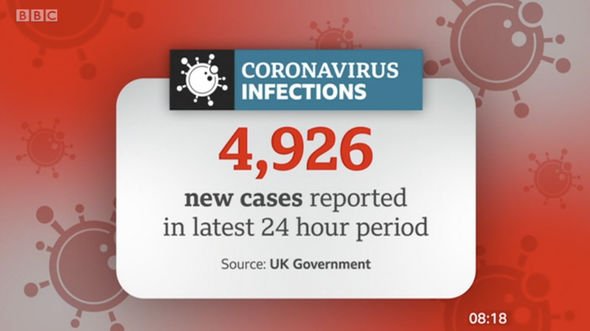 One wrote online: “@BBCBreakfast yet again a govt minister just waffling. Takes 5 minutes to answer each question without saying a thing.”

“Just get the impression that Dominic Raab hasn’t a clue about what he is talking about on BBC Breakfast! @BBCBreakfast,” a viewer suggested.

Someone else added: “ @BBCBreakfast you will never get a straight answer from @DominicRaab and this is why our Govt fails because they don’t use criticism constructively and just blurt out the same rhetoric.”

BBC Breakfast airs everyday at 6am on BBC One.