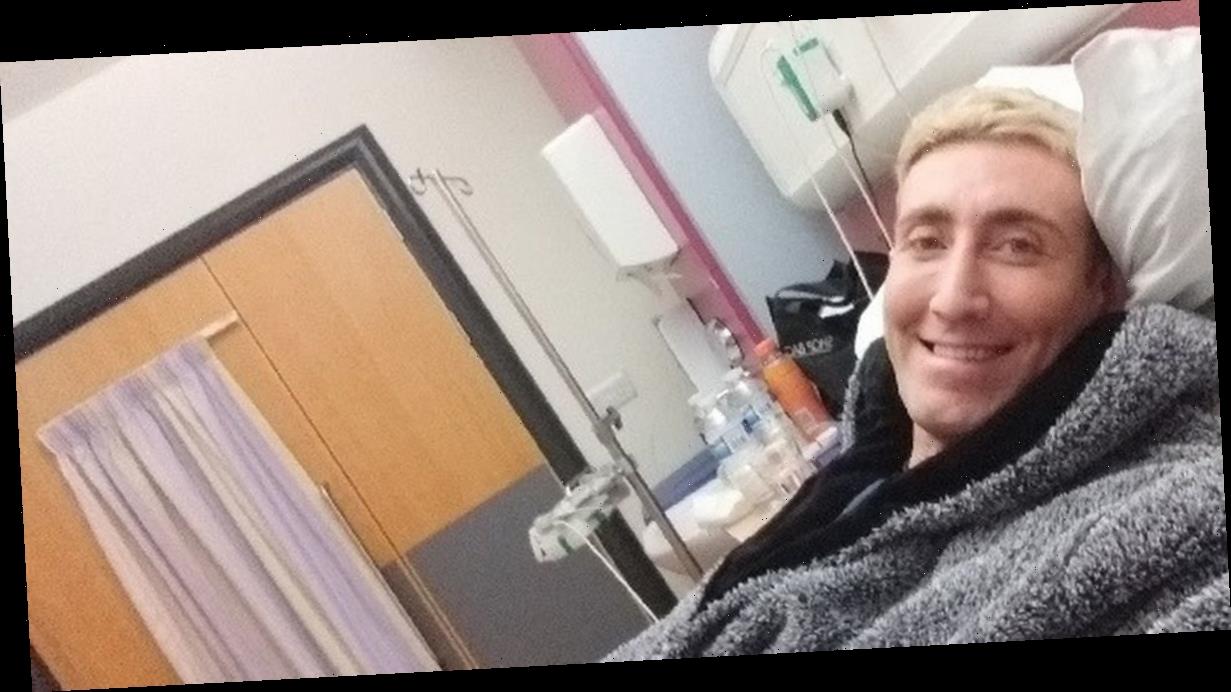 Christopher Maloney nearly died when he was struck down by a killer parasite that caused his organs to begin shutting down.

The singer, who rose to fame on X Factor in 2012, was hospitalised for almost two weeks after contracting Campylobacter and Escherichia coli (E. coli) from his favourite takeaway meal.

He's also been left with a lifelong condition, colitis of the colon and large intestine, a chronic condition that causes inflammation, after a parasite embedded itself in his body.

The 42-year-old says staff at Liverpool's Aintree University Hospital saved his life after he was hit by the bacterial infections.

Chris exclusively told Mirror Online: "I nearly died. They were going to remove my colon and put me on a colostomy bag.

"I honestly nearly died, my organs were shutting down."

The star, who was a CelebrityBig Brother housemate in 2016, was taken ill while starring as Prince Charming in pantomime Cinderella at Bradford Playhouse.

After celebrating this birthday with the cast and crew on Boxing Day, he headed back to home to order a Chinese takeaway.

Chris, who tragically lost his beloved nan Pat just a few months ago, and just one month after splitting from his fiancé of 10 years, told us: "I ended up only eating the crispy duck and pancakes at about 7 o'clock.

"Then around 12.30am that was it, everything went downhill, I was literally on the floor and in the toilet, I was ill, it was just horrendous.

"I had fever, I had hallucinations and I couldn't sleep because I was constantly going to the toilet and vomiting, it was just horrendous."

He added: "I stayed awake and went to panto and they looked at me and said, 'Oh god', but I said I'd get through.

"I managed to do the shows but I had jelly legs. The audience didn't know but I didn't want to let the people down who had bought tickets.

"Throughout those 10 shows I was just eating pineapple and sipping water because I literally couldn't keep anything down. Even that was going right through me, it was terrible."

Chris finished the shows, as well as a sell-out New Year's Eve concert he was putting on in Manchester, but when he arrived home the next day, he collapsed.

He said: "My mum phoned an ambulance and I went straight to the Aintree Hospital and I was there for nearly two weeks.

"I've had CT scans and abdominal X-rays, I've had colonoscopies and they confirmed it was campylobacter E. coli from the restaurant. It was like something you get in a third world country.

Chris was laid up in a hospital bed for almost two weeks as he battled back to health.

He added: "I had severe exhaustion and dehydration because obviously I hadn't eaten anything for a week, and campylobacter E.coli, it was absolutely shocking.

"But it's the after effect now because it's changed my whole lifestyle.

"It's a lifelong condition, it's never going to go away, and it's going to take about 12 months for me to feel like I'm back to normal.

"The doctors said to me that I've got a really good immune system, but if it had happened to someone who was older or who didn't have as good an immune system they would have died."

Chris' battle with the illness saw him lose a massive three stone thanks to the fact that he couldn't eat or keep anything down.

He wants to tell people to be more aware of the takeaways they're ordering, and the quality of the food they might be getting.

He said: "This place only had one star, or even half a star, but I used it anyway because it was convenient and nowhere else was open.

"But later when I looked at the reviews, loads of people said they'd felt ill after eating their food.

"The point is, you have to read the reviews because you think you're just ordering your favourite food, but really it can kill you."

He added: "The amount of pain that I've been in is just unbelievable. The campylobacter is not your average food poisoning, it attacks you. I wouldn't wish it on my worst enemy, I really wouldn't."

Chris is now back home after 12 days in hospital, but will require regular monitoring of his colitis condition for the rest of his life.

Jane Williams, Matron of Gastroenterology at Aintree University Hospital said: "It's alway nice to hear positive comments from our patients.

"Chris was really poorly when he was last here so it's great to see him smiling and full of energy and shows that it's a job well done by all the staff involved in his care at Aintree."