Chrissy Teigen is seizing the day in full glam amid her bullying controversy. The model, 35, shared a selfie on Instagram on June 25, showing off her pierced ears, oversized sunglasses, and manicure. She wrote in the caption that she “will never stop saying yolo,” a reference to the relatively passé internet acronym “you only live once,” for the uninitiated.

The car selfie comes amid turbulent times for the cookbook author. Earlier this month, Chrissy apologized for resurfaced “awful” old tweets that she sent to TV personality Courtney Stodden, who accused the model of cyberbullying her in the early aughts during her controversial relationship with Doug Hutchison. Post-allegations, Chrissy issued a lengthy apology and assured readers that she was “no longer the person” who wrote those tweets. “I grew up, got therapy, got married, had kids, got more therapy, experienced loss and pain, got more therapy and experienced more life,” she wrote, in part.

The controversies continued after fashion designer Michael Costello came forward with accusations of cyberbullying against the model just hours after her public apology, accusing Chrissy of making efforts to ruin his career and detailing his mental health struggles. Chrissy, for her part, shot back at the allegations, specifically the private DMs between the two that Michael had shared; she asserted that the DMs were “fake” and even threatened legal action. 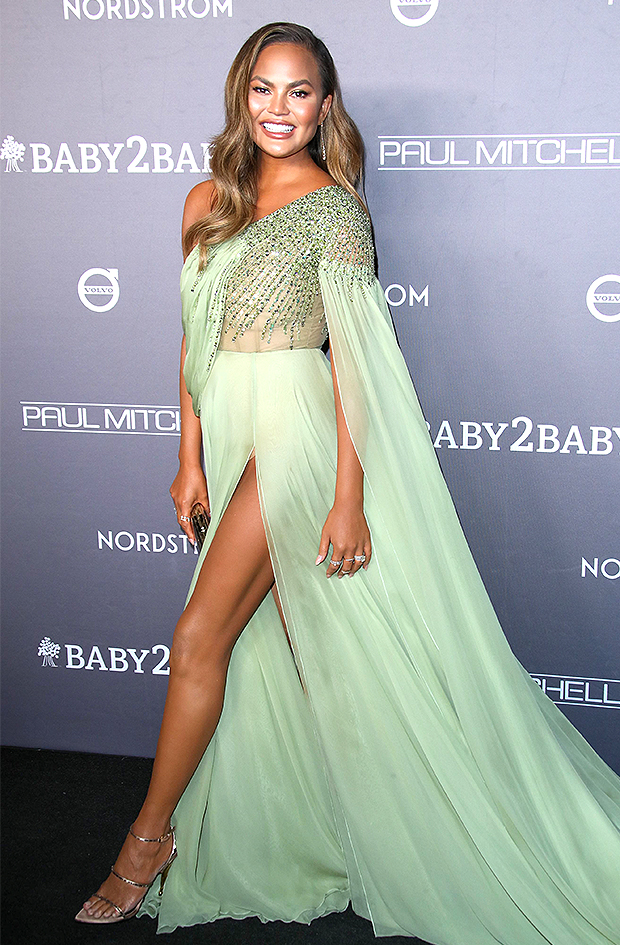 After imploring her fans to “NOT bully” Michael on her behalf “under the masquerade of defending” her, Chrissy wrote, “Michael, you are now causing actual pain to people who are trying to better themselves. Enough. Or this WILL go further. Not here, but an actual court of law. And every dime we win will go to an anti bullying charity focused on turning this shit show into a positive. I wish you peace and healing. I have some places I’ve been attending if you’d like the connects.”

While en route to his car last week, Chrissy’s husband John Legend offered an update on his wife. A photographer asked, “How is Chrissy doing after all of the criticism?” and the Grammy winner said, “She’s doing great.” She’s YOLOing!