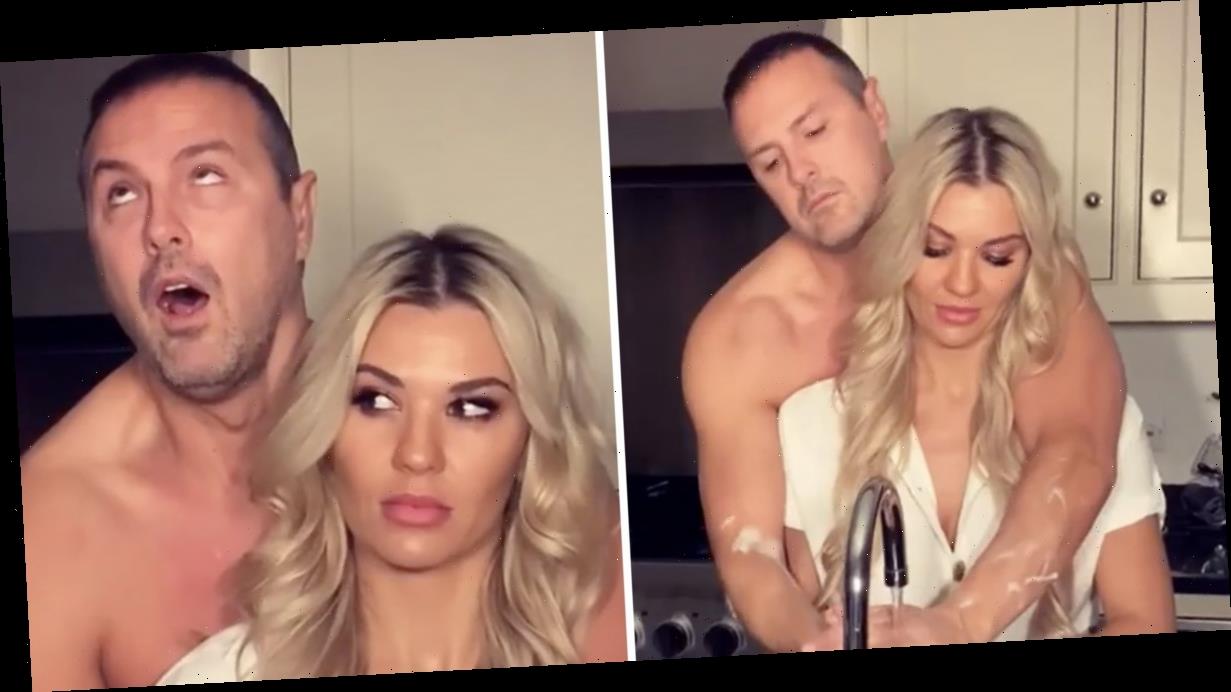 Christine McGuinness has shared a hilarious video of herself and her husband Paddy recreating the famous pottery scene from the film Ghost to encourage people to wash their hands.

The 32 year old star, who recently shared her fears that she wouldn’t be able to feed her children due to stockpilers, has left her 372,000 Instagram followers in stitches after posting the video on her page.

The clip starts with Christine putting soap on her hands and rubbing them together under the tap while standing at her kitchen sink. As the song from the Patrick Swayze movie, Unchained Melody, begins to play, Christine’s Take Me Out star husband Paddy, 46, approaches her from behind and slides his hands down his wife’s arms.

Christine looks to one side while her topless husband begins to wash his hands with hers.

A close up shot shows the hand washing session becoming rather raunchy, which appears to delight Paddy, who has a big smile on his face.

Another shot shows Paddy smiling widely and looking up at the ceiling while Christine washes his arms and thumbs in a sexually suggestive motion.

As Christine’s face remains neutral, Paddy pulls a hilarious face while his wife caresses his arms and hands.

Then, the music suddenly cuts out and Paddy reaches to turn off the tap, he announces: “And that’s how you wash your hands, you filthy animals,” while Christine smiles widely next to her hunky hubby.

As Christine, who recently admitted she and Paddy have no time for each other, posted the cheeky clip on her Instagram page, she wrote in the caption: “[speaker emoji] SOUND ON [speaker emoji]… #WashYourHands #StayHome #StaySafe #ProtectTheNHS #KeepSmiling #WeWillMeetAgain [read heart emoji].”

The hilarious share was met with amused comments from some fans.

And another said: “You two are hilarious,” while a third joked: “Get a room!”

Christine and Paddy have been using creative ways to keep themselves amused while they spend time in lockdown together with their three children, Leo and Penelope, both six, and Felicity, four.

Over the weekend, the stunning blonde shared a funny video of herself pretending to DJ behind an ironing board while a disco light flashes around the room and her husband Paddy, who is dressed in a bright yellow hoody and short shorts dances with a glow stick in front of her.

As she shared the video on her Instagram page, she wrote in the caption: “Mumumission 2020 kitchen all nighter! #weekend #stayhome #staysafe #washyourhands”.