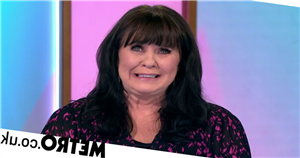 Loose Women viewers weren’t pleased after Coleen Nolan admitted she would make a ‘selfish’ decision not to call out a person lying about having Covid as the panel discussed a ‘moral dilemma’.

The show started off with the panel of Coleen, Ruth Langsford, Brenda Edwards and Janet Street-Porter heavily criticising Prime Minister Boris Johnson for a possible gathering, reported to have taken place at Number 10 during the first lockdown.

More than 100 Downing Street staff were reportedly invited to a ‘bring your own booze’ party in Downing Street garden during the first Covid lockdown in May 2020, reports the Loose Women panel all blasted.

However, when anchor Ruth moved on to another Covid-related dilemma, the Loose ladies didn’t seem to have such a clear-cut answer.

The host called it a ‘moral dilemma’ as they discussed a woman who is said to have read a text message over a fellow passenger’s shoulder while on a plane.

It revealed the traveller had typed ‘we have covid, shhh’. 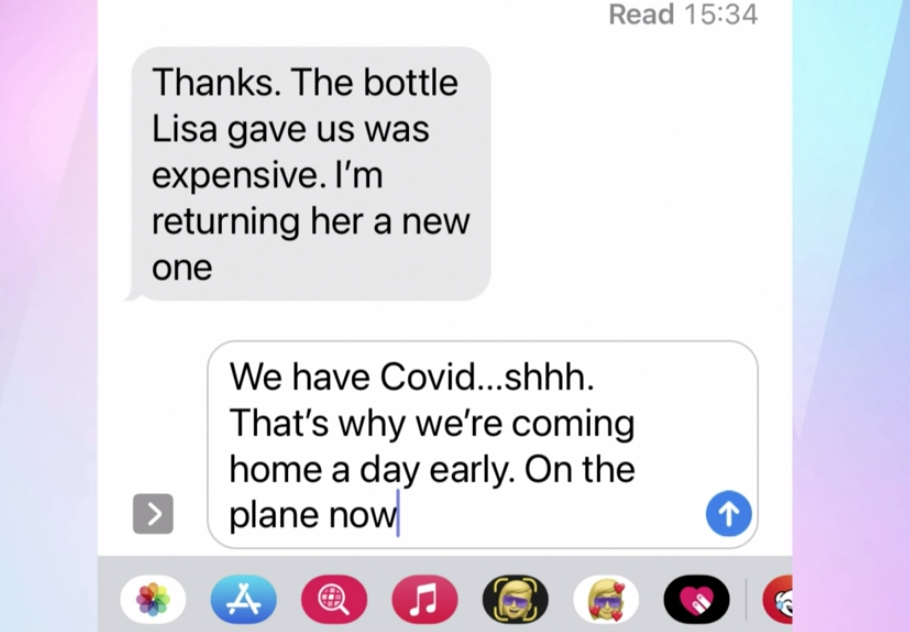 ‘So somebody behind that person at an angle saw it and took that screenshot,’ Ruth explained, before asking her fellow panellists what they would do.

Knowing the topic was a controversial one, Coleen joked: ‘What’s my sentence if I say the wrong answer?’

However, she admitted she ‘wouldn’t’ confront the person, sharing: ‘I would like to think I’d confront them, but I wouldn’t because I’d be scared, because I don’t know what they’re like.

‘I’d like to think I’d go up to the airline staff and say, “I’ve just seen this person and they’ve got Covid,” but then I’d think, “Well, we’re all in the air now, I’ve probably got it.”‘

She also explained she’d be reluctant to tell anyone as she wouldn’t want to quarantine when coming off the plane, adding: ‘I’d want to go home!

‘That’s very selfish of me,’ Coleen said before Ruth weighed in: ‘So, you’d keep it to yourself, hope you hadn’t picked it up from that person…

‘Well I would hope that on the plane, we would all be wearing masks as well and I’m jabbed,’ she replied.

‘It’s very selfish of me, but I’d just be thinking I want to go home and I don’t want to be quarantined… I’m being honest!’ Coleen concluded.

After the comments were made, one unimpressed viewer wrote on Twitter: ‘Really? Trying to justify not telling anyone on the plane that someone was covid positive? Disgusting. It’s no wonder this thing is out of control.’

@loosewomen Coleen mouthing off about Boris then saying she would keep quiet if she came into contact with someone with Covid. Pot kettle black comes to mind.

@loosewomen so sorry but you ladies are quick to comment on Boris Johnson and his party yet you wouldnât report someone who has Covid-19 on a planeâ¦.the prime minister was wrong in what he has done but i would definitely confront someone who i was in a confined space with ð

@loosewomen Really? Trying to justify not telling anyone on the plane that someone was covid positive? Disgusting. Itâs no wonder this thing is out of control.

Canât believe the selfishness Iâve just witnessed on @loosewomen someone texting on a flight that they have #covid âbut ssh!â Seriously? You donât know if other passengers have #preexistingconditions or were at serious risk by this ridiculous act of stupidity. WHAT IS WRONG W/ppl

‘@loosewomen Coleen mouthing off about Boris then saying she would keep quiet if she came into contact with someone with Covid. Pot kettle black comes to mind,’ wrote another.

Someone else added: ‘Double standards?? You’re angry about Boris Johnson and chums, but then you’re happy to turn a blind eye to someone Covid + on an aircraft!!’

Ruth said: ‘I was quite shocked when I saw it, Janet, being honest my first reaction was how dare you!’ with Coleen agreeing: ‘Yeah, really bad.’

Brenda echoed Coleen’s comments, adding: ‘I wouldn’t dob somebody in as that’s just not me.

‘If the people at the top bend the rules, [people are] thinking, “I can too.”’