GMB: Adil says Archer is 'confusing him with a former presenter'

Piers Morgan hasn’t been seen on Good Morning Britain since his dramatic exit from the ITV show back in March following a refusal to apologise for comments made about Meghan Markle. Ever since, Adil Ray has stepped in to fill the presenter-shaped void, alongside the likes of Ben Shephard, Richard Madeley, Bill Turnbull and many more. And on Thursday morning as Susanna and Adil were joined by Jeffrey Archer and Ayesha Hazarika to discuss the fallout of Dominic Cummings’s leaking of texts with Boris Johnson, Adil spotted the opportunity for a joke at the former presenter’s expense.

The moment came as Adil and Susanna delved into the details of the supposed WhatsApp exchanges made between Mr Cummings and Mr Johnson.

In them, the prime minister is alleged to have described Health Secretary Matt Hancock as “f*****g hopeless”.

Putting the messages to Jeffrey, Susanna said: “Dominic Cummings, finally, providing the evidence of Boris Johnson and how he described Matt Hancock which we can’t broadcast at 6:53am in the morning.” 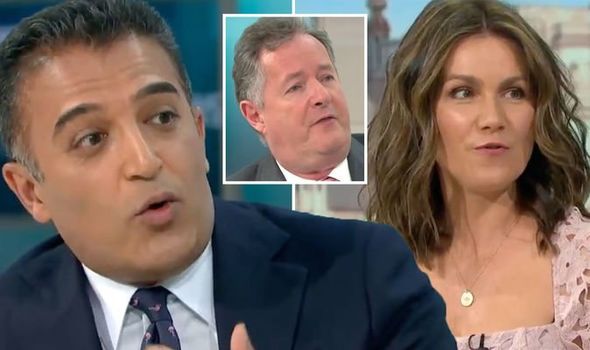 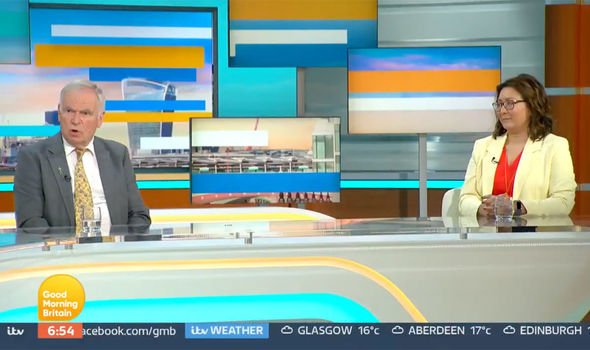 “In my case, with what Margaret Thatcher said or John Major said.

“In Ayesha’s case, what Gordon Brown said or what Tony Blair said,” Jeffrey continued before Susanna jumped in.

“Yes, but in the middle of a pandemic, if the prime minister is describing his Health Secretary in terms like that, it doesn’t rather suggest he’s lost confidence,’ Susanna argued. 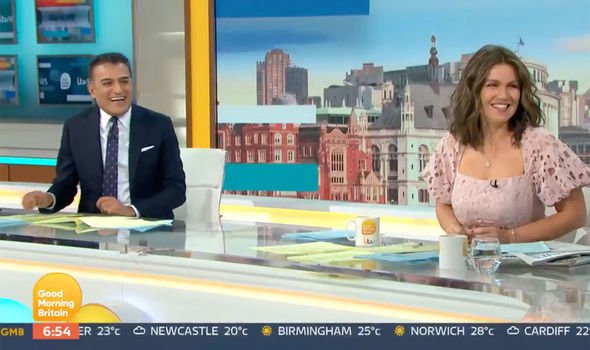 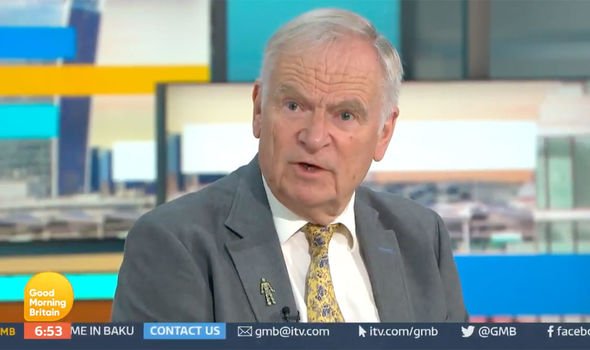 The former politician hit back: “You think you two haven’t had a row on this programme occasionally?”

At this point, Adil spotted the chance for a swipe at Piers, given his bullish interview style and numerous on-air debates with Susanna during his tenure as GMB host.

“Actually, we haven’t,” Adil said. “I think you’re confusing me with a former presenter.”