As Nick Cordero is remembered on what would have been his 43rd birthday, the late Broadway star’s close friend Constantine Maroulis spoke to HL about how he is keeping his memory alive.

The beautiful tributes are pouring in, remembering Broadway great Nick Cordero on what would have been — should have been — his 43rd birthday. Actor Constantine Maroulis celebrates his own birthday today, September 17th, but for the rest of his life, it will be bittersweet. “Nick will always be a father to Elvis and a partner to Amanda [Kloots]. We’ve done a great deal to honor him and we will continue to live his legacy out. I will never forget him and there is a giant hole in our Rock Of Ages family and the fabric of what the show is and the entire community that we’ve built,” the former American Idol star told HollywoodLife.com in an EXCLUSIVE interview.

He continued, “There’s talk of even renaming one of the theaters after him. When I tell you, not many people walk into the room and I’m like, ‘Whoa, who is this guy?’ That’s the kind of effect Nick Cordero had on people and and his colleagues. He was the coolest guy in the room and I’m 6’3 and he was like 6’5 — he was just the most gentle of giants there was and I miss him every day. We will continue to honor Nick and we lift up his memory, always.” 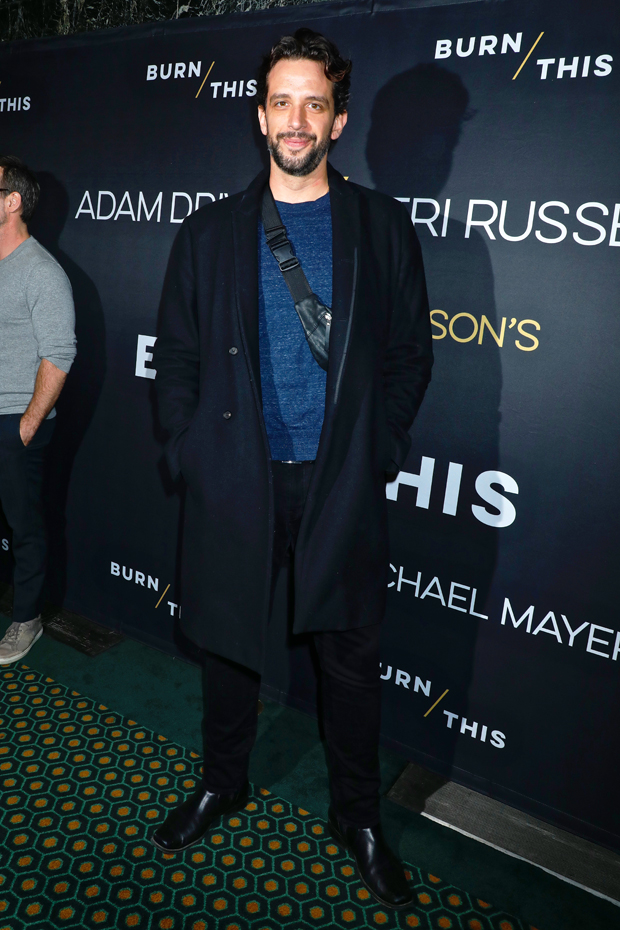 Nick originated the role of Dennis in the 2012 National Tour of Rock Of Ages, and had moved to Los Angeles in early 2020 to reprise the role in the Hollywood Bowl production of the show. Tragically, Nick contracted an early case of COVID-19, and after 95 days in the hospital, he died at age 41 on July 5, 2020.

Constantine, along with artist Kendra Erika, honored the Broadway community with the release of their collab “As Long As Your Mine” from the show Wicked on September 14th, as theaters re-opened their doors. “I chose this song because it’s a very powerful and seducing track — seducing in the sense that it really captivates that essence of intimacy, which is what we’re all sort of craving in this new time that we’re in. And thankfully, it’s now getting back to that that place,” Kendra told HL of the reinvented track.

“It’s been really, really hard two years, not only for us performers, but also for our families, for all the support systems that surround Broadway, the front of house people, designers, publicity, all of the businesses that have been directly impacted by Broadway closing, which brings billions of dollars to our city every year,” Constantine added. “This is our job, and we’re so happy to celebrate our friends getting back to work.”

The collaborators donated all proceeds from the song to Broadway Cares, which supports performers and Broadway workers who need it the most. You can listen to the new track here!