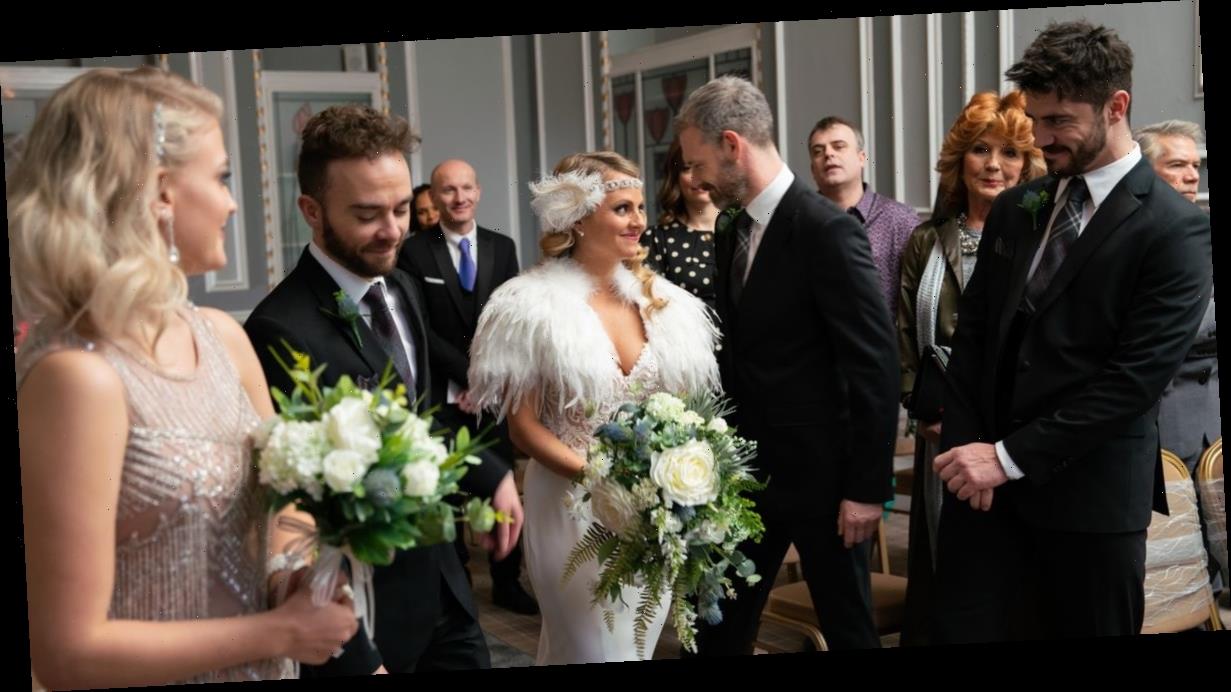 It's set to be the next big Coronation Street wedding of the century.

Sarah Platt ( Tina O'Brien ) is a sight for sore eyes in a stunning feathery dress at her 1920s-style wedding.

Corrie’s Adam Barlow ( Sam Robertson ) proposed to Sarah last December and, as shown in these first pictures, the pair tie the knot in a Manchester hotel.

But the businesswoman’s happiness is soon to be shattered as her daughter Bethany Platt (Lucy Fallon), seen here as a bridesmaid, will be leaving the Street.

Later in the wedding episodes, Daniel Osbourne, whose wife Sinead died from cancer in October, goes drinking in the Rovers then turns up outside Bethany’s flat and shouts up to her window proposing they get married.

Considering Bethany will soon be departing the cobbles, we don't expect it to work out well.

Fallon wrote on social media after her leaving party: "It’s so crazy to me that 5 years ago, I had just finished 6th form and had no idea what direction life was going to take me in."

She added: "I never in a million years expected that I would be calling Gail platt a friend. But here we are… and I’m grateful for every single second of it."

Will Bethany get her happy ending? And will Daniel end up heartbroken once more?

Meanwhile, William Roache's Ken Barlow may be off the Street, but he's not off the show as new set pics show him filming on location.

What do you think will happen on the big day for Sarah and Adam? Let us know in the comments below.