Coronation Street viewers were first introduced to Ray Crosby (played by Mark Foster) as the sleazy businessman who propositioned Michelle Connor (Kym Marsh). The fan favourite was subsequently devastated when she discovered she had sold the Bistro to Ray and left the Street soon after. However, it wasn’t long before Bethany Platt (Lucy Fallon) noticed his inappropriate behaviour and the young waitress has been trying to expose him ever since.

Meanwhile, Alya Nazir (Sair Khan) has been oblivious to Ray’s advances and has dismissed Bethany’s warnings.

In recent ITV scenes, Bethany wasn’t too happy when she was passed up for promotion but has remained determined not to quit.

When the head waitress tried to warn Alya, the manager shut her down and claimed she was just jealous.

However, in upcoming scenes, Alya could be set to discover how inappropriate Ray can be firsthand. 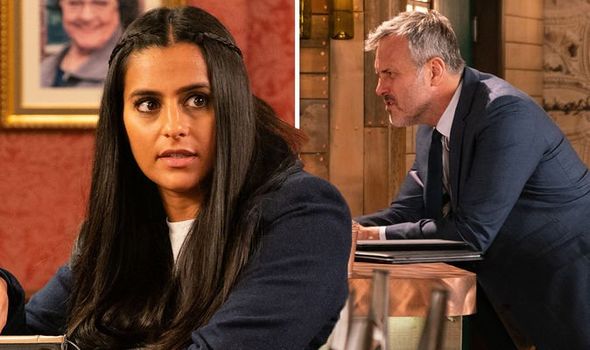 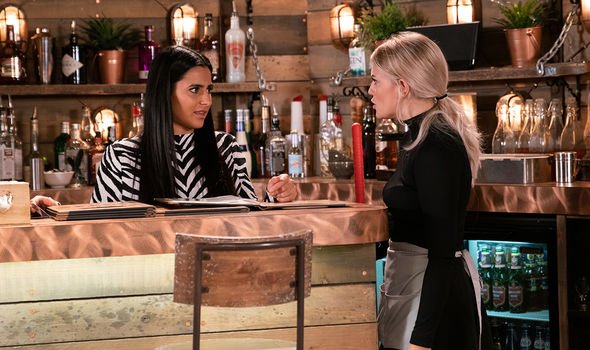 The Bistro boss tells Alya he’s booked a posh suite at a hotel she can meet an interior designer.

Ray claims the occasion is purely a business meeting but Bethany isn’t convinced.

The concerned waitress tells Alya to be careful and warns her that Ray’s intentions aren’t what they seem.

Alya doesn’t know whether to listen to Bethany and decides it’s best to tackle the issue head-on. 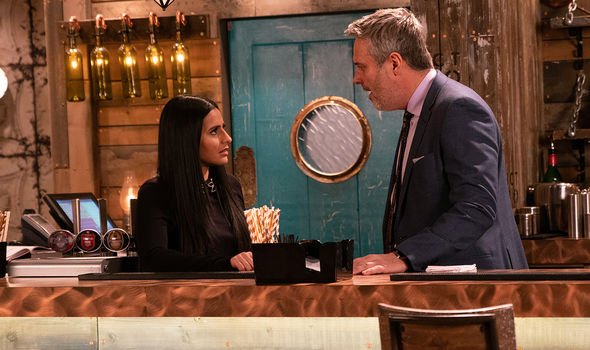 She confronts Ray over the hotel meeting and demands to know what he’s really looking for in her as a manager.

Coronation Street fans will know Ray has a history of turning nasty when he doesn’t get what he wants.

Could Alya be in danger as Ray struggles to keep his sister side hidden?

In the episode where a number of storylines came to an explosive head, the weather seemed to drastically change without warning.

As Gary Windass (Mikey North) attacked Daniel Osbourne (Rob Mallard), the sun could be seen shining in the background.

However, rain suddenly began to pour and a number of residents on the Street became soaking wet all of a sudden.

Viewers were quick to pick up on the “fake” rain shower and blasted the soap for the drastic change in weather.

“Where did that rain come from? #Corrie #CoronationStreet,” one questioned.

“Fakest rain shower ever in #Corrie,” another shared while a third tweeted: “That rain came from nowhere! #Corrie.”

Another shared: “Rain looks fake, as it’s cracking the flags on #Corrie #coronationstreet.