Sally (played Sally Dynevor) has found herself central to Coronation Street’s destruction after ruthless businessman Ray Crosby (Mark Frost) secured the deeds to her house earlier this week. The villain only managed to do so as his partner-in-crime Debbie (Sue Devaney) manipulated her former sister-in-law into selling her beloved home. As tensions mount on the ITV soap next week, it seems the property developer’s role in destroying Weatherfield is set to come to light. However, could Tim Metcalfe’s (Joe Duttine) wife lose her life as she discovers just what Kevin Webster’s (Michael Le Vell) sister has been up to?

Speaking with Express.co.uk and other publications about some of the scenes her character was featured in with Sally, Sue teased some big drama.

“Me and Sally were doing a scene the other day and we had to have a little bit of a battle and it was really strange.

“I think it’s that thing where she thinks she can manipulate Sally because Sally wants a better life as well.

“But it’s how Debbie gets to that place. I always think acting is wonderful because you can be the things you never been or said.”

The one thing the ruthless property developer has never done is murder anyone before, but it could all be about to change. 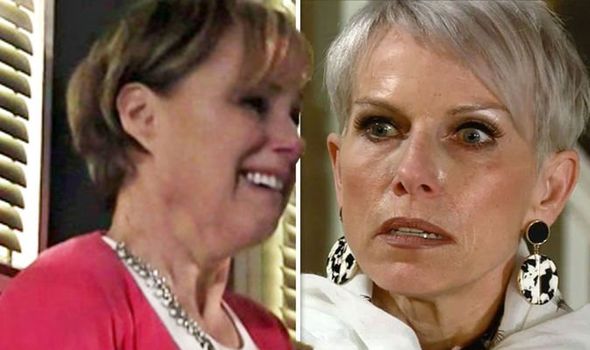 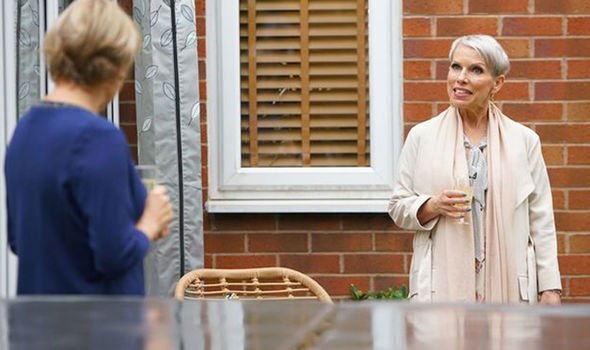 Following on from Sue’s comments, it looks increasingly likely Sally will be the one to expose Debbie and her villainous ways.

With bulldozers arriving on the cobbles to begin work in upcoming scenes, the two women could end up rowing in the middle of the street.

Unfortunately, as they get into a scuffle, it could be the vehicle could drive straight towards them as someone accidentally leaves the ignition on.

Although she might not mean to, Ray’s business partner might end up pushing her former sister-in-law in front of the heavy machinery. 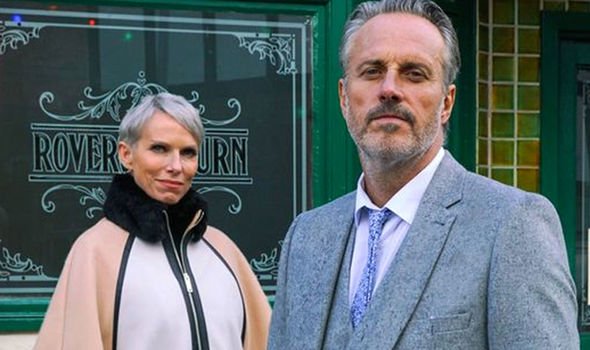 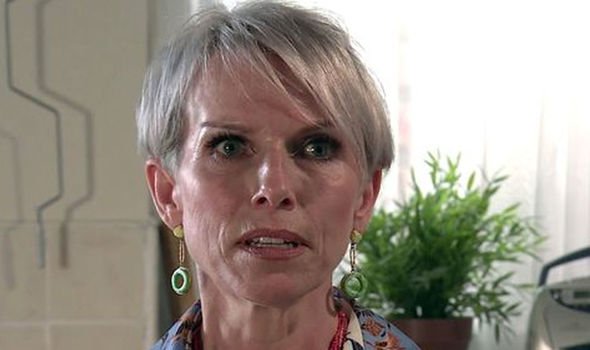 We had to have a little bit of a battle

As a result, this would make Debbie a murderer as she had the intention to make Sally pay for exposing her partnership with Ray.

With several witnesses watching the scenes unfold on the cobbles, it would be hard for Kevin’s sister to try and dig herself out of a hole.

The death of such a beloved character would certainly be something to remember from the soap’s landmark anniversary.

Back in 2010 when the weeknight serial drama celebrated its 50th birthday, four characters were killed off.

Molly Dobbs’ (Vicky Binns) death, in particular, featured Sally as she discovered the former had been having an affair with her husband, who had also fathered their son Jack Webster (Kyran Bowes).

When the beloved character was slipping away, her lover’s wife left her to die on her own as she couldn’t help someone who had betrayed her in such a way.

Having survived the tram crash back then, could the 60th anniversary see the soap stalwart make her final departure from the cobbles in the most brutal of circumstances?

Debbie is likely to feel awful for taking her former sister-in-law’s life, having only gone into partnership with Ray for monetary reasons and believing she was doing some good for Weatherfield.

Sue said of her alter-ego’s intentions: “I think she does really, truly believe that she’s doing this for the good of everybody else.

“She thinks by improving the community, by putting a high-rise there, it’s going to bring more work to the area, more jobs, more community spirit.

“But she’s thinking about the bigger picture rather than the people who are living there at the moment,” she added, so could Sally become collateral damage in this dangerous game of monopoly?