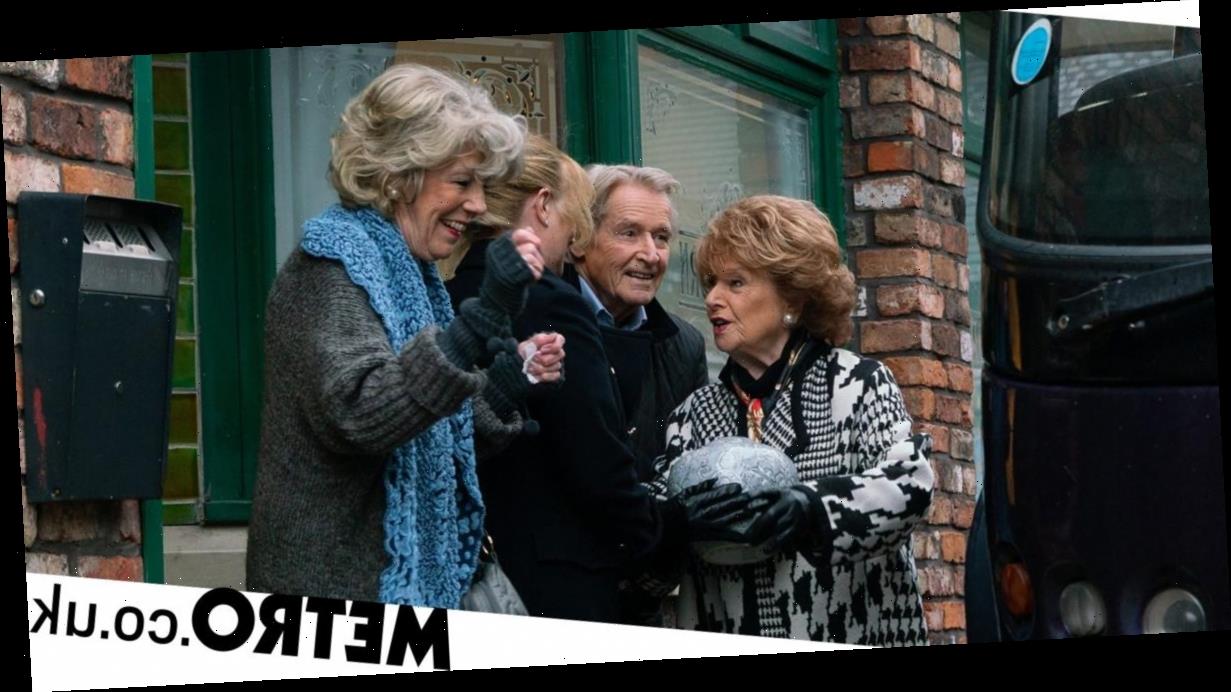 The long-running ITV serial drama is due to resume filming next month after it was shut down back in March amid the coronavirus pandemic.

Older members of the cast may not be back on set for the time being, but — according to The Sun — ITV bosses are determined to have the legendary performers feature in the 60th anniversary.

A TV insider said: ‘The celebrations would have felt a little empty if the stars who have helped make the soap such a hit for six decades weren’t involved.’

‘So there are no lengths they will not consider to make this happen – though their number-one priority, of course, is the safety of the soap’s family of legends.’

It was confirmed last week that filming of the ITV soap is set to re-commence in June.

A spokesperson told Metro.co.uk: ‘The health and well-being of our people and those who work with us has always been our highest priority and remains so as we look to restart production.’

‘We are in the final stages of working with others across the industry on a return-to-production protocol and we are in active discussions with Government on this. We will share more news in due course.’

Coronation Street continues Friday 22 May at 7:30pm on ITV.