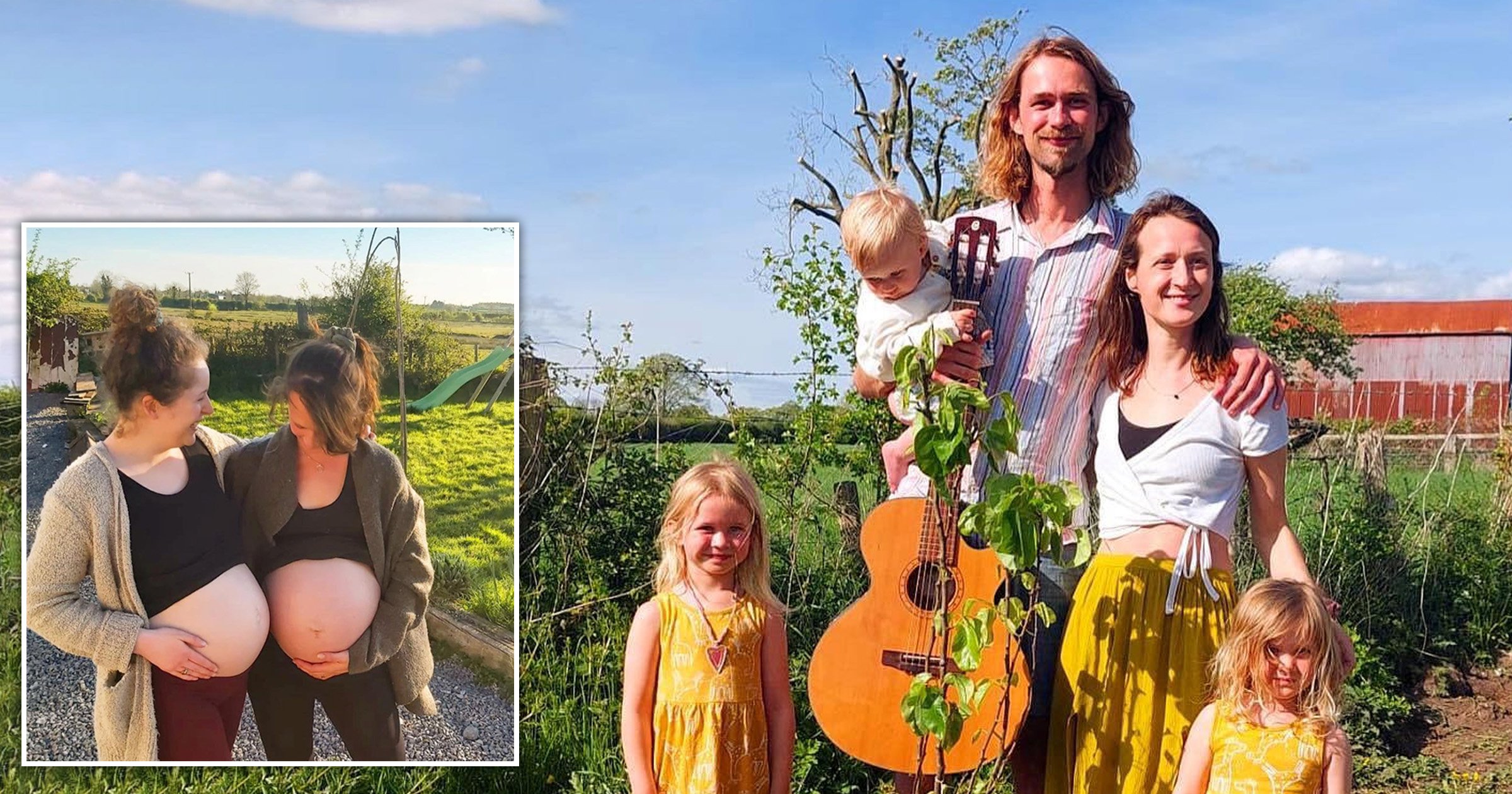 A couple who always dreamed of an ‘escape to the country’ have made their dreams come true.

They’ve done so by starting their own commune with another couple, where they eat organically sourced food and run women’s retreats.

Charlotte Knee-Zaska, 30, had always wanted to build a home in the countryside and finally made her dream a reality with her musician husband Max, 32.

Over three years, they saved £47,000 and bought an acre of land in Offaly, Ireland in August 2017. They then moved from their home in Dublin with their five-year-old daughter Iza.

‘It was a bit over our budget but I really liked it, so we went to go and look,’ Charlotte recalls.

‘We fell in love with it as soon as we saw and made an offer of just over £47k which was all of our savings.

‘Luckily we got it.’

Over a period of two years the couple renovated a cottage that was on the land. They then added an extension with its own living quarters so that another family could join them.

‘It was quite a lot at first as I was still commuting to Dublin to work so we could get some money in to fix up our heating and stuff like that,’ Charlotte adds.

The couple fully renovated the cottage during lockdown, and the finished extension included four bedrooms, a kitchen, and a living area.

‘I’d always wanted to have a proper home as I was moving around so much as a kid,’ Charlotte says.

‘When we moved, it was a bit daunting at first as we had no heating, and the garden was just rubble and mud.

‘Slowly with saving we’ve built up the garden and homes so we can live as a community with our friends.’

Charlotte and Ffion beganrunning private retreats to their community and now run women’s circles once a month in a tipi in the garden.

‘We do breath work and massages with them,’ Charlotte says. ‘The environment is so soothing, and I love living as a community.’

Both families now help raise each other’s kids. This gives both sets of parents a chance to breathe.

Charlotte explains: ‘It’s great because I can get some peace and quiet while Ffion or James looks after the kids.

‘I also know that they can run out and play in the garden and I don’t need to watch them.

‘We have a slower pace of life and it’s great to live with your friends.’

There is now a vegetable patch with courgettes, kale, leeks, beetroot, squash and more.

During the summer months, both families eat their homegrown food plus organic food from local farmers.

Charlotte hopes to one day buy more land and expand the community saying: ‘It would be lovely if we had more people to join us.’

Get in touch by emailing [email protected]