Cypress Hill are celebrating the 30th anniversary of their self-titled debut album with a new graphic novel, Cypress Hill: Tres Equis, which will arrive in August via Z2 Comics.

Cypress Hill: Tres Equis will recreate the origin story of the trailblazing hip-hop outfit; as a release reads: “Before they became icons, Louis and Senen were just a couple of teenage cholos from around the way, trying to stay out of trouble — until a series of chance encounters with both sides of the law changed their path forever.” The story will feature “guest appearances” from some characters immortalized in Cypress Hill songs, like Officer O’Malley from “Hole in the Head” and Sister Maggie from “Stoned Is the Way of the Walk.” 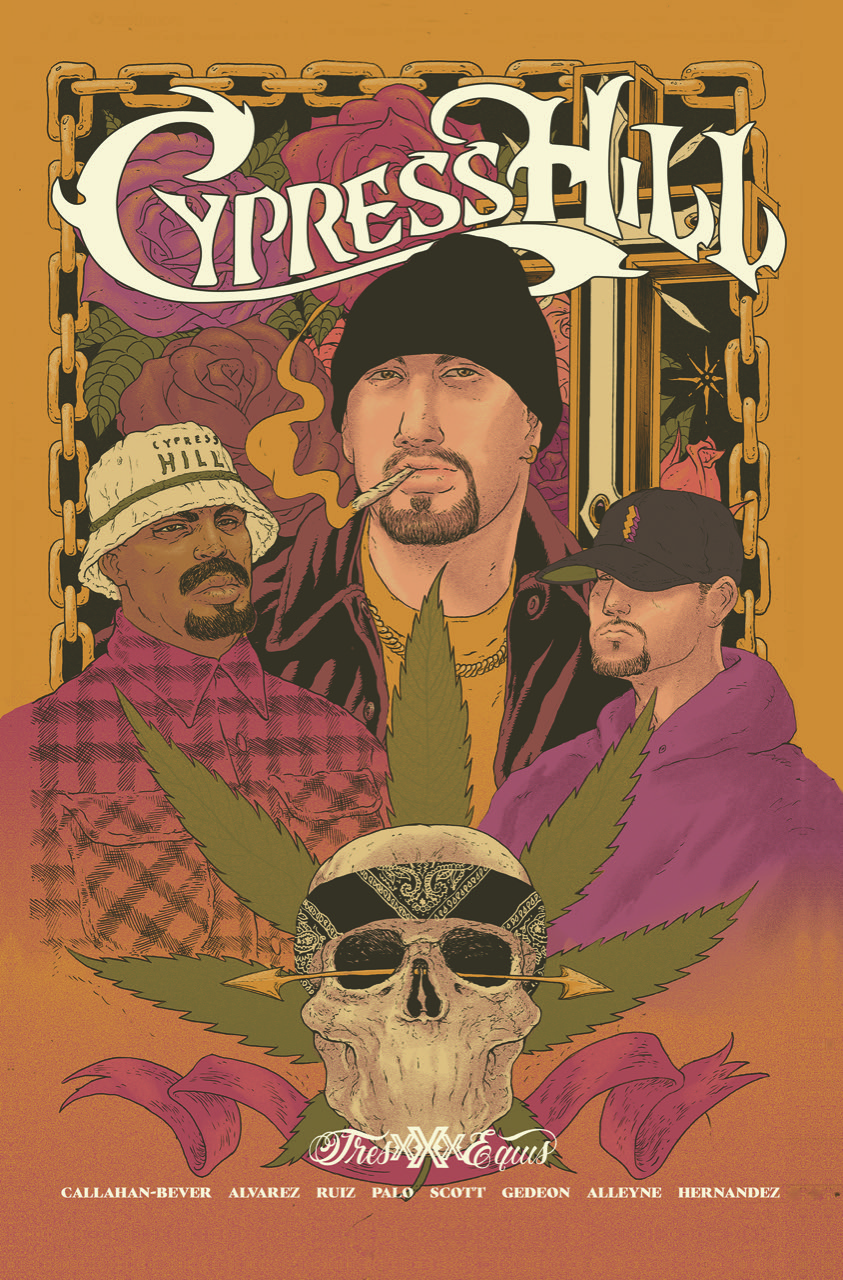 “Just the idea of doing a Cypress Hill-based graphic novel in itself was exciting to me,” Cypress Hill’s B-Real tells Rolling Stone. “The possibilities of telling the stories in this form are basically limitless and [the comic] can go anywhere we wanted to take it.”

“Working with Noah and Gabriel was great,” B-Real adds. “[I] think they took our stories and brought them to life in a unique way that is dark and humorous, which was very much the vibe we going on at the time of the first album. Felix, Jefte, Juan, Damian, and Paris have been absolutely killin’ it! It’s amazing to see the pieces come together.”

Cypress Hill: Tres Equis is available to preorder and will be released in three formats: A standard softcover edition, a deluxe hardcover edition, and a limited super deluxe edition, all of which will be available in both English and Spanish. The deluxe and super deluxe versions will come with a copy of Cypress Hill pressed on green vinyl with new cover art from Ricardo Lopez Ortiz, plus art prints from Ortiz, Scott, and Gedeon.