DaBaby is mourning the death of his older brother, Glenn Johnson.

The rapper’s sibling died on Tuesday after being shot, according to multiple reports. Johnson, 34, was found fatally injured by police in northeast Charlotte, according to Fox 46. The father of four was taken to a local hospital, where he was declared dead.

Following the news of his death, DaBaby took to social media to honor his older brother.

“LONG LIVE MY BROTHER,” the 28-year-old artist wrote in his Instagram bio. He also posted an Instagram Story with lyrics from his “Intro” on his Kirk album, adding, “I would’ve gave up all I had to see you happy.” 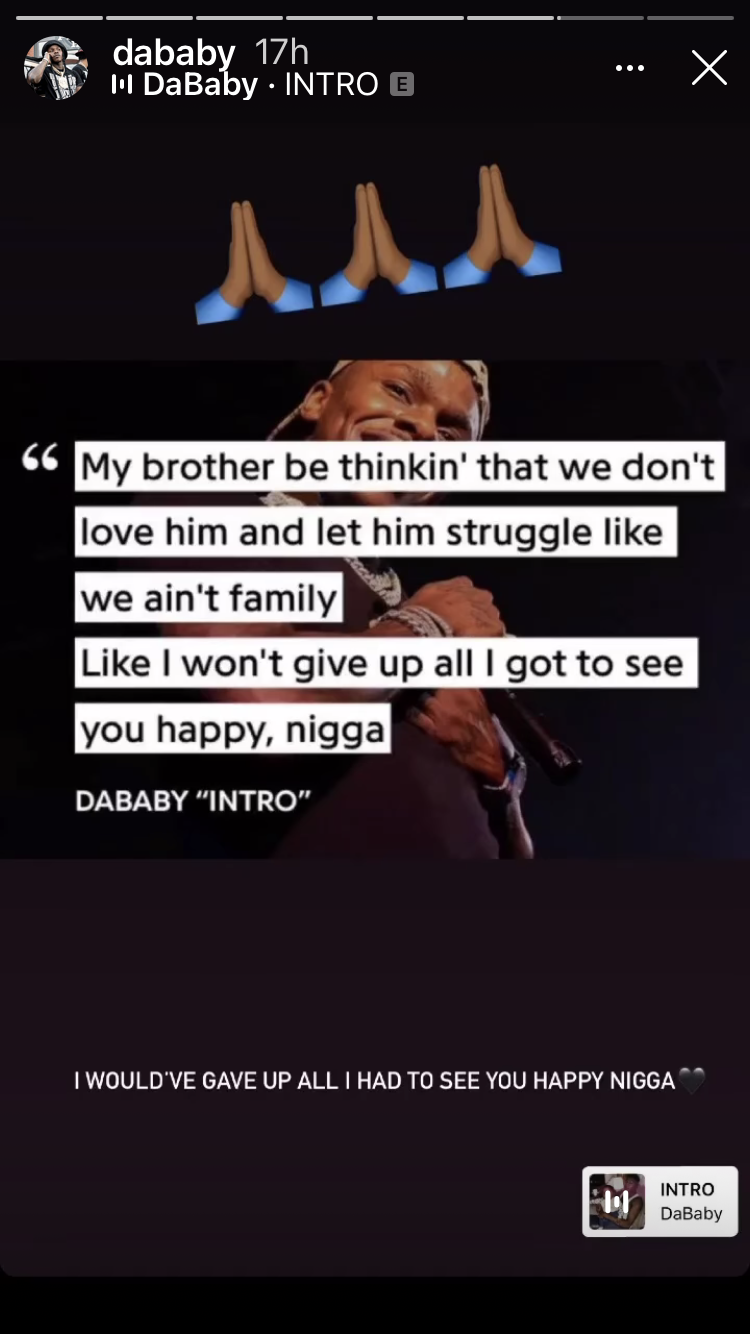 In a video, he also reminded his followers to “check on your people.”

Fans and followers have been sending DaBaby their condolences and messages of support. Prior to his brother’s death, the rapper had been encouraging people to go vote in the election. He also partnered with Lyft to give people free rides to the polls.