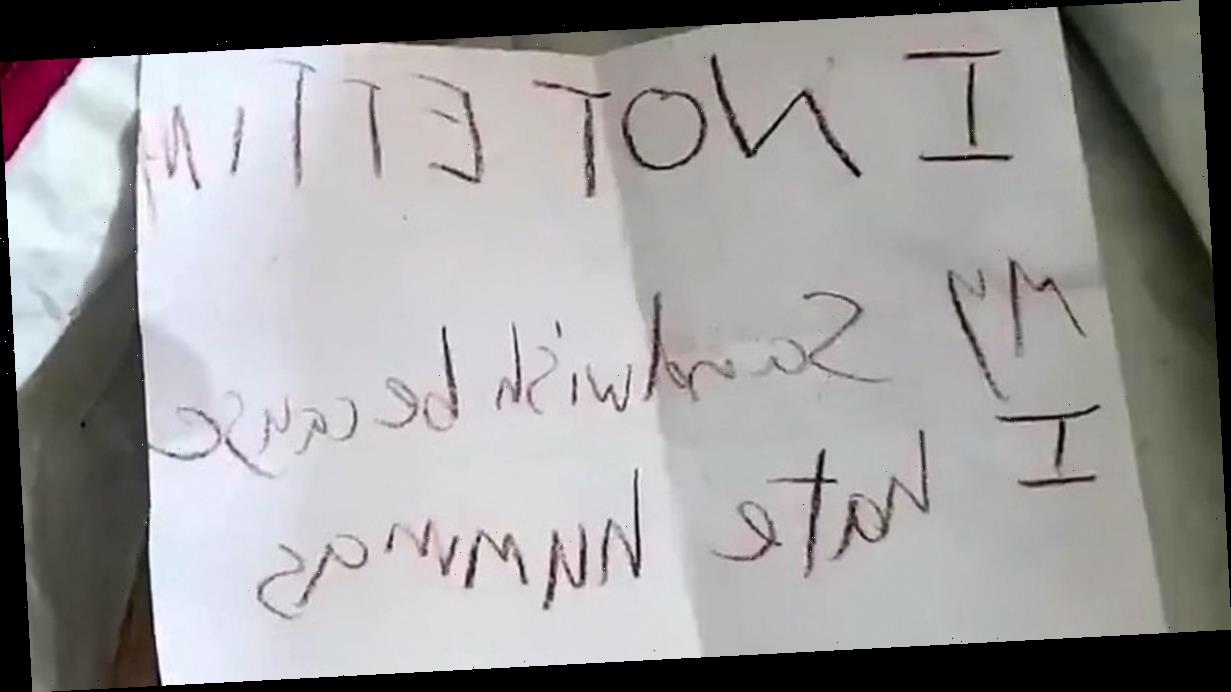 A father was left 'amused and horrified' when he returned home to find his daughter had left him a note in her lunchbox – because she hates hummus.

Pete Simson, of Bristol, had made daughter Pearl a sandwich to bring to school and asked her what she thought about the packed lunch after she had returned school one afternoon last week.

To his surprise, seven-year-old Pearl told Pete that she had left a note inside the lunchbox, in which she wrote "I NOT ETTINg my sandwish because I hate hummas."

The 37-year-old proud dad told Bristol Live: "Well clearly, she wasn’t a fan on the sandwich I made her.

"I asked her if she liked her packed lunch and she told me there was a note in the lunchbox.

"I thought it might be a thank you or something but as soon as I saw the dishevelled sarnie in there I knew something was amiss.

"The dark brown pencil it was written with should have been a clue, it was a foreboding colour."

Pete had mixed feelings when he received the note as he was amused that Pearl had gone to the trouble to write the note.

But he was also horrified that his daughter 'must have been Hank Marvin (slang for starving)'.

He added: "This is a very Pearl thing to do – she is what a casual observer might describe as 'sassy'.

"To her mother it's the sign of a strong woman but to me it's plain insolence.

"I should add my own mother made the worst sandwiches on crumbly bread when I was a kid, but I made damn sure I ate them.

"I suppose it’s nice I’m following in a family tradition.

"Pearl also hates sourdough, with that and the 'hummas' she’ll never be a middle-class icon."