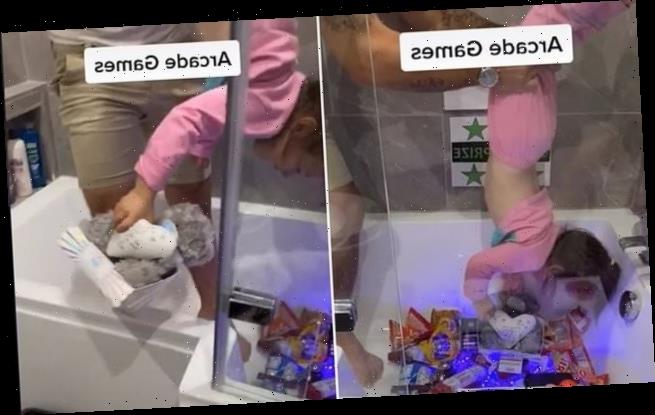 Everyone’s a winner! Crafty dad builds a makeshift arcade game by holding his three-year-old daughter upside down as the ‘claw’ so she can grab a prize from the bathtub

A very creative father of two young girls from Essex, England, found a novel way to entertain them during quarantine.

Bradley O’Riordan, 29, built a homemade claw or ‘grabber’ arcade game in the family’s bathtub, then used his youngest daughter, three-year-old Paris, as the claw.

He and girlfriend Jade Mithcell, 28, later shared video of the at-home arcade on TikTok, where it’s been watched 1.5 million times. 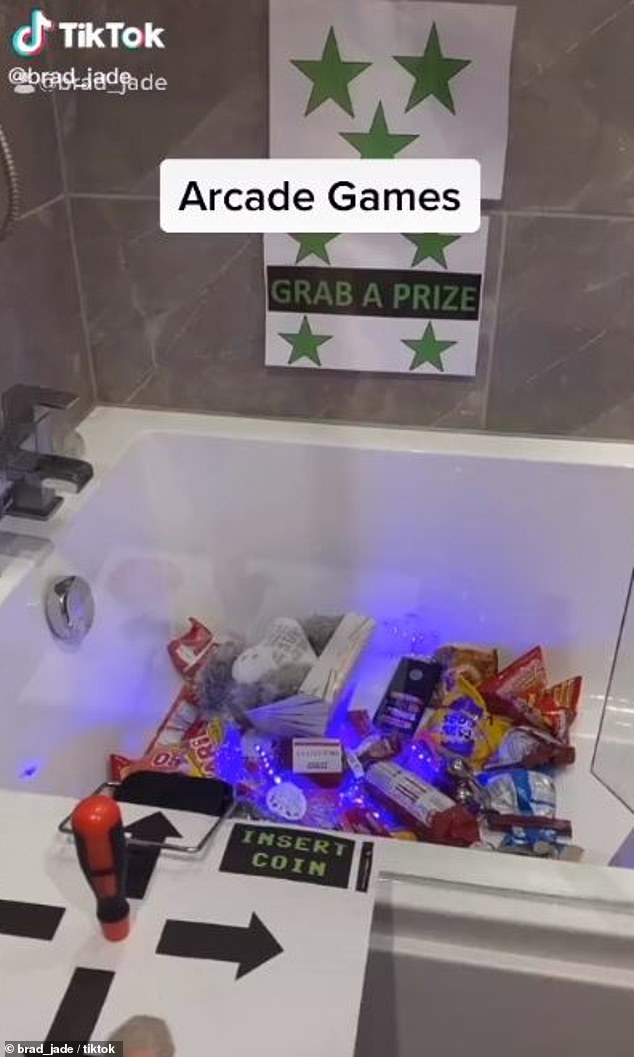 Woohoo! A dad from Essex built an arcade game in the bathtub for his kids 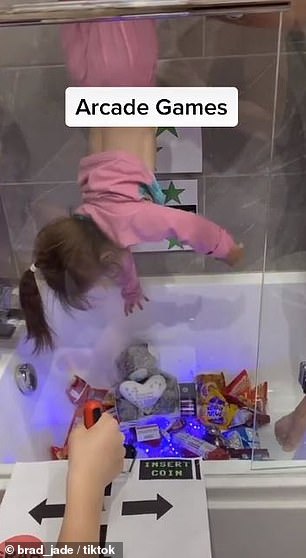 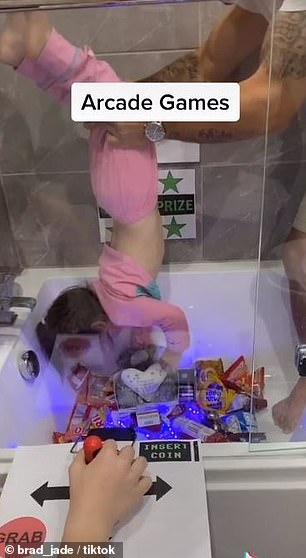 You got it! He filled the tub with toys and candy and made a makeshift joystick. Bradley then held three-year-old daughter Paris upside-down, then dipped her so she could grab a toy

Bradley, Jade, Paris, and oldest daughter Lacey, 11, have been playing a lot of fun games to pass the time while they’re home, but this was involved the most equipment.

Bradley filled a bathtub full of toys and candy, then set up a faux controller that Lacey could work outside of the tub.

He also added decorations, including lights and a ‘Grab a Prize’ sign on one side of the tub.

To make the game work, Lacey played around with the joystick while Bradley held little Paris upside down over the top, shifting her this way and that way as if she was being controlled by the joystick.

He then dropped her down a few inches, where she grabbed onto a stuffed animal toy while wearing a huge smile on her face.

Finally, he lifted her back up and moved her out from behind the glass shower door so she could deposit the toy outside the tub.

‘It just came to the top of my head that I could make a teddy catching machine,’ Bradley said, according to Metro. ‘We printed the controls and then I got a screwdriver — I got my brand new bin and punctured a hole in the top.’

‘Jade was not impressed,’ he added, but he convinced her by saying that the video ‘is going to get a million views so it’s worth stabbing a hole in the bin!’ 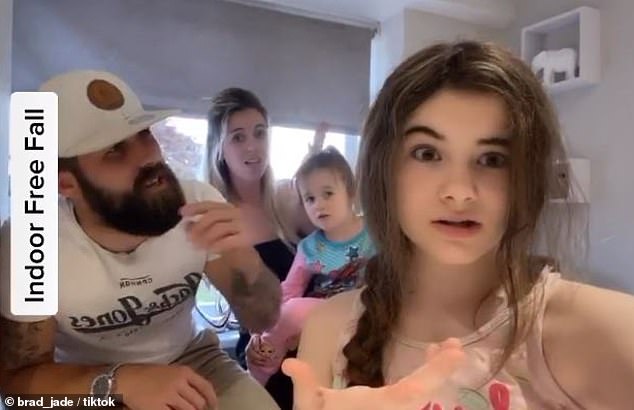 Party house! Bradley, his daughters, and his girlfriend Jade have found several fun ways to keep entertained in quarantine

In another video, the family takes turn jumping off a dresser onto a bed nearby.

Bradley has built other games, too, including a DIY air hockey table made out of an old coffee table.

He poked holes in the top of the table and blew in air underneath, while he and his girlfriend uses kitchen lids and containers for the pieces.

They also played a game of ‘Budweiser Bowling’ in which they rolled large, soft balls into beer bottle bowling pins.