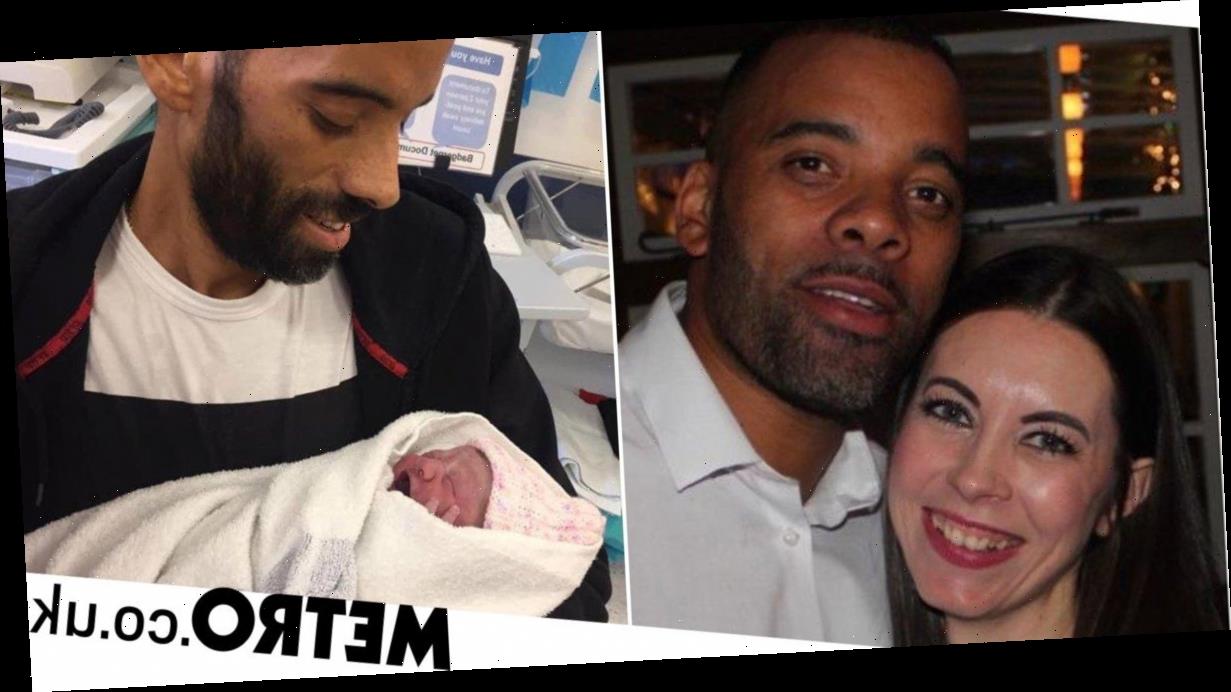 A diagnosis of incurable cancer is devastating for anyone.

But for Jamie Hunter, this diagnosis also meant that he had the added pain of not knowing whether he’d meet his baby girl.

Jamie and his partner Beccy Flint were over the moon to find they were expecting their first child at the end of May 2020.

But the good news was tainted by PE teacher Jamie’s diagnosis of kidney cancer, aged just 38.

In October 2019, Jamie started to suffer a crippling pain in his side and was diagnosed with kidney cancer in March.

Devastatingly, one month later, he was given the news that the cancer had spread to his liver and there was no cure.

Knowing this, Becci and Jamie decided to bring forward the birth of their child by two weeks, giving the new father the chance to hold his baby.

Harper May Hunter was born on Monday May 11, making her very proud
daddy’s wish come true. It’s a beautiful but sad picture.

Family friend Phil Taylor said: ‘It went well and they’ve asked to be
left alone so they can enjoy their precious time together now.’

‘Jamie will never be able to celebrate his baby’s first birthday, teach them to ride a bike and learn to swim or be there for their first day at school,’ said Phil, who launched a crowdfunder to help support the family.

‘These are the things we take for granted.’

Phil and his friend Chad Duggan launched the JustGiving page in a bid to raise £100,000 to support Jamie’s care, his family and Baby Hunter and they were amazed by the huge response it has received, reaching £50,000 in the first 48 hours.

Parents whose children Jamie has taught got in touch to say their kids ‘talk so highly’ of their teacher, along with families whose kids he’s coached at football and even people who have known him since he was a boy.

The appeal has even been retweeted by Aston Villa captain Jack Grealish.

Jamie, who works as a PE teacher at John Wilmott School in Sutton Coldfield, joined Sutton United as a teenager and returned as a manager and coach after deciding to stop playing in 2018.

Phil said: ‘He has taken teams from six and seven years of age all the way through to adult football. Jamie loved this so much he did it twice!’

He added: ‘As a PE teacher, he has touched so many lives and has been an outstanding role model, developing young people through all walks of life. The kids love him at school, He’s always helping kids. He’s always put himself out for everyone else before himself.

‘He’s godfather to my daughter and my best friend. I know the money we
raise isn’t going to keep him here. If it could, I’d give it all back. But I thought we should do whatever we can to support Beccy and the baby.’

From the money raised, the friends have pledged a donation would be made to John Taylor Hospice,which has been supporting the couple, who met through football. You can make a donation to the JustGiving page here.

Do you have a story to share? Get in touch at MetroLifestyleTeam@metro.co.uk.