Daisy Ridley Gets Honest About Enduring ‘Star Wars’ Outrage: ‘This Is So Upsetting’ 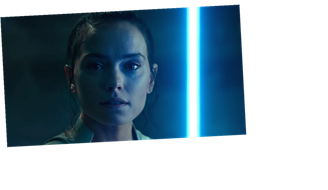 Daisy Ridley was no stranger to “Star Wars” controversy by the time Disney released “The Rise of Skywalker” in theaters nationwide last Christmas. After receiving unanimous acclaim from critics and fans alike in her debut tentpole “Star Wars: The Force Awakens,” the follow-up film “The Last Jedi” severely divided the fandom. But even the backlash to “The Last Jedi” could not prepare her for the outrage that met “Rise of Skywalker,” her reported final outing as Rey in a “Star Wars” feature film. The movie earned some of the worst reviews ever for a “Star Wars” film and ended its run as the lowest-grossing entry in Ridley’s trilogy.

“It’s changed film by film honestly, like 98% it’s so amazing, this last film it was really tricky,” Ridley recently said on the DragCast podcast (via NME). “January was not that nice. It was weird, I felt like all of this love that we’d sort of been shown the first time around, I was like, ‘Where’s the love gone?’ I watched the documentary, the making-of [‘The Skywalker Legacy’], this week, and it’s so filled with love, and I think it’s that tricky thing of when you’re part of something that is so filled with love and then people [don’t like it].”

Ridley continued, “You know, everyone’s entitled to not like something, but it feels like it’s changed slightly. But I think in general that’s because social media and what have you…I guess now conversations are just more public, so there’s stuff I wouldn’t have seen, but honestly trying to scroll through my newsfeed in January and trying to not see ‘Star Wars’ stuff, I’d see headlines and be like ‘Oh my God this is so upsetting. So it’s been tricky, but then it’s having that thing of ‘I feel really proud of it,’ and ‘I’m so thrilled to be part of it.’ Yeah, but it’s a funny thing.”

Neither Disney nor Lucasfilm has announced plans for Ridley’s character Rey to return to “Star Wars” in the future. With the space franchise behind her, Ridley will next star opposite Tom Holland in Doug Liman’s long-delayed science-fiction actioner “Chaos Walking,” which is set for release in 2021.