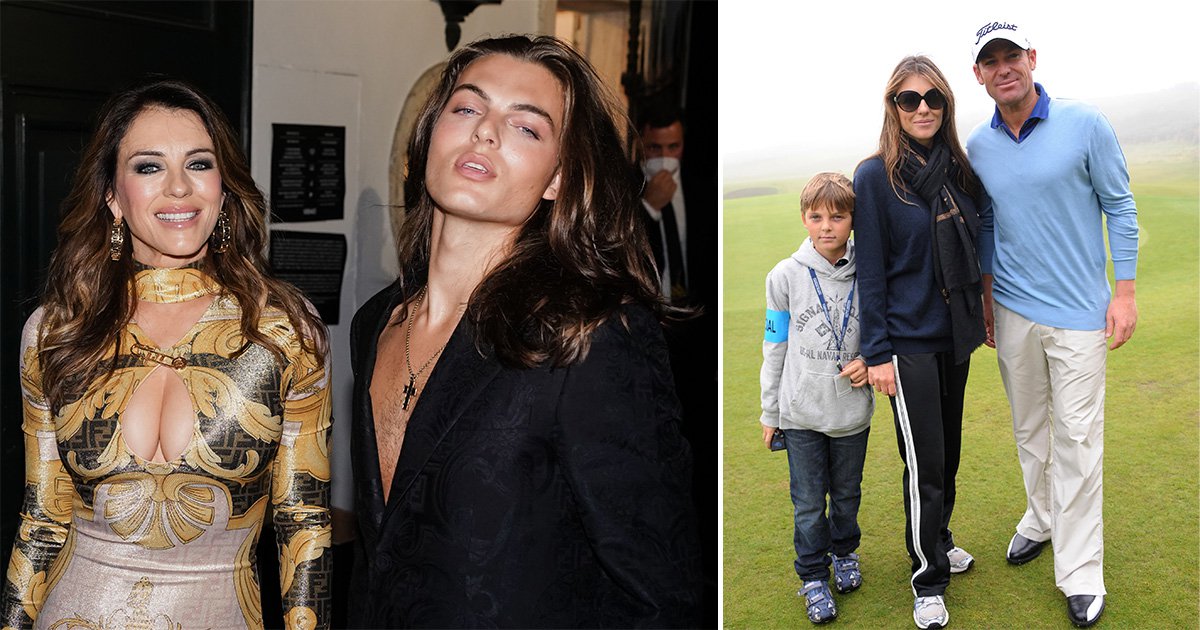 Damian Hurley, the son of Elizabeth Hurley, has paid tribute to Shane Warne following his death aged 52, describing the late cricket star as a ‘father figure’.

On Friday, it was announced that the former Australian professional cricketer had died following a suspected heart attack while in Thailand.

Tributes have come pouring in for the sporting legend, including from individuals including Piers Morgan, Dan Walker, Ed Sheeran and his ex Elizabeth Hurley.

In a post shared on Saturday, Damian, Hurley’s son with late businessman Steve Bing, wrote that he was ‘still trying to wrap his head around’ Warne’s death.

Sharing several pictures of them together, he wrote: ‘I’m still trying to wrap my head around this…

‘SW was a father figure to me for most of my formative years and was truly one the best men I’ve ever known. My heart is broken. Thinking of and sending love to all SW’s family.’

Hurley and Warne was first romantically linked in 2010, when the couple were photographed kissing.

The bowler later confirmed that he and his ex-wife Simone Callahan had already separated, although only close friends and relatives knew at that point.

The model and cricketer announced their engagement in 2011, although in 2013, it was reported that their wedding had been called off.

Following their separation, Warne continued to speak fondly of Hurley, one saying: ‘[I’m] quite sad it’s over because I still care about her deeply and she’s a wonderful person.’

Damian, who followed in his mother’s footsteps by becoming a model, was a child when she and Warne first started dating.

For a brief amount of time, he lived in Australia due to their relationship.

In her tribute to Warne posted on social media on Saturday, Hurley described him as her ‘lionheart’.

‘I feel like the sun has gone behind a cloud forever. RIP my beloved Lionheart @shanewarne23,’ she wrote.

In Hurley’s post, one of the pictures she shared showed her kissing Warne on the beach, with another photo showing the pair with a lamb.