Glenn Hoddle became the latest celebrity to be unmasked on hit ITV guessing game The Masked Singer over the weekend having performed as Grandfather Clock. Glenn joined BBC Breakfast’s Dan Walker and Louise Minchin to discuss all the ins and outs of his stint on the show, including how surviving a heart attack in October 2018 left him inspired to grasp the opportunity with both hands. And after discussing the path that led him to sing under the disguise, Louise and Dan left Glenn in tears when they revealed they had a video message from Simon Daniels – the man who saved his life.

The moment came when Louise asked Glenn about his heart attack and just how it played a part in the decision to take part in the ITV contest.

Louise said: “I don’t want to bring the mood down because it’s joyous talking to you, but one of the reasons you went on this programme was because you’d had a very severe thing happen to you. You had a heart attack, didn’t you?”

The Masked Singer star explained: “Yeah, I had a cardiac arrest and it was one of those, Louise, where I thought: ‘You know what? I’m lucky to be here.’”

Glenn added: “If it wasn’t for Simon Daniels, the [BT Sport] sound engineer who saved my life, why not have a crack at this?” 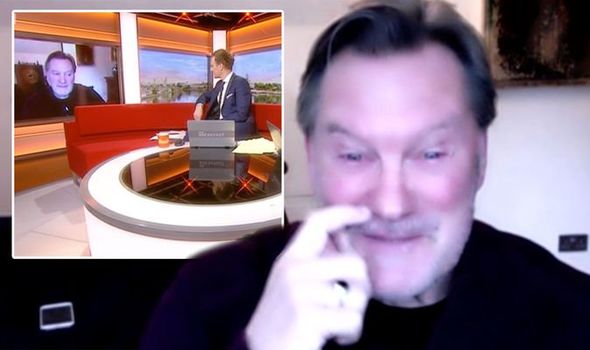 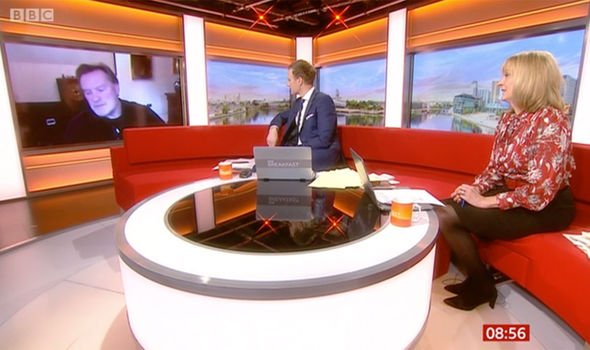 Glenn then revealed he’d been asked to take part on Strictly Come Dancing and I’m A Celebrity…Get Me Out of Here! before but had turned the opportunities down, holding out for a stint on something involving singing.

“The thought of doing it with my grandchildren,” Glenn continued. “I just thought, ‘no, I’m gonna do this,’ and it was wonderful watching them on Saturday.”

Dan then jumped into the interview to reveal he had a surprise for Glenn up his sleeve.

“You mentioned Simon Daniels there,” Dan said. “Many of our viewers will remember what happened to you when you had just finished that show on BT Sport and Simon was the man, as you say, who stepped in and saved your life, 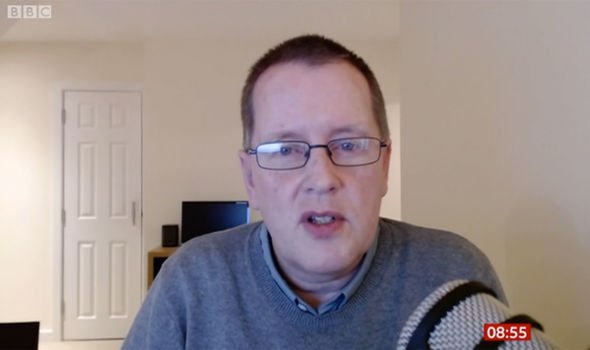 “We’ve actually got a little message from Simon for you here, Glenn. I know you can’t see us but hopefully, you can hear this and all our viewers can watch.”

Simon popped up on-screen much to Glenn’s surprise as he said to his former colleague: “Hi Glenn, congratulations on your performance on The Masked Singer.

“We always knew you had a good voice. Well, Cliff Richard, he sang on Centre Court at Wimbledon so I think when we can have the crowds back at football stadiums, we need to get you behind the microphone at Spurs for a few tunes.

“It’s really good to see you looking so fit and well and just out there enjoying life even in these difficult times. Take care and see you soon,” Simon signed off.

As the cameras returned to the BBC Breakfast studio, it was plain to see how much Simon’s words meant to Glenn.

“That’s lovely,” a tearful Glenn said as he blew a kiss to Simon down the camera.

“That’s beautiful,” Glenn added before he joked: “I’m not so sure about singing in front of all those Spurs fans.”

Louise and Dan let out a laugh before the former added: “We didn’t mean to make a grown man cry.”

Glenn chuckled and admitted the message “touched” as he “wouldn’t be here” without Simon’s aid.

The Grandfather Clock star also added during the chat he still has no idea who his fellow performers were, expressing his excitement to see who is unmasked next week.

Fans will have to tune in on Saturday to see which unfortunate performer will follow in Glenn’s footsteps and miss out on a place in the ITV contest.

BBC Breakfast continues daily at 6am on BBC One.