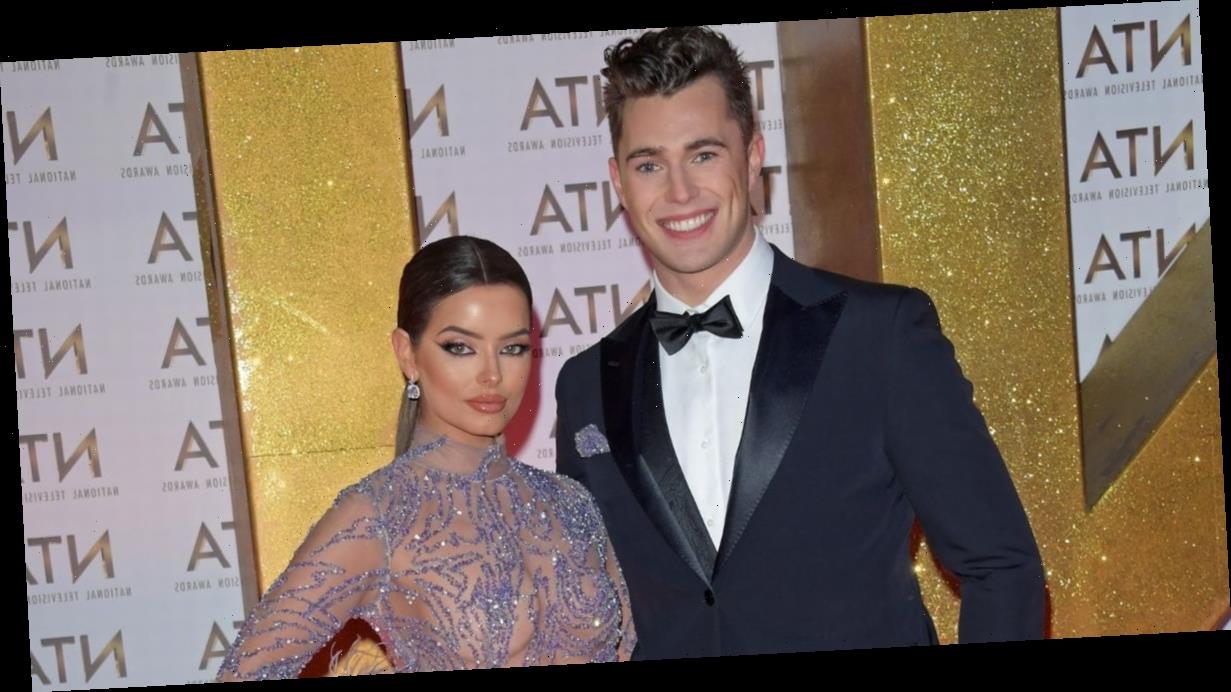 Maura Higgins was left in floods of tears as boyfriend Curtis Pritchard allegedly shouted at her during the NTAS after-party on Tuesday evening, it has been claimed.

According to The Sun, the duo, who met on left year's Love Island, were separated by friends after the Dancing on Ice star became annoyed by the ballroom pro's raucous behaviour when they had wrapped up hosting the backstage interviews during the glitzy bash.

During the tense argument, the brunette beauty, 28, allegedly branded him a "user," and felt like a "d**k" for trusting him.

Their altercation comes just a month after pictures emerged of Curtis, 23, cosying up to a mystery lady at a NYE party in High Wycombe – he slammed the cheating claims and said the pair were just friends. The publication reported the Maura was overheard venting her frustration to her friends, saying Curtis' behaviour "ruined her night".

"He said I only got the NTAs gig because of him. It was actually my management that sorted it," she fumed.

"He likes to think that he is the one people are after him, not me.

Maura was spotted distancing herself from her beau and refused to go inside with him, before she made a solo exit and left the ceremony alone.

And one onlooker told The Sun things were "frosty" between the pair.

"Things were clearly very frosty between them," they said.