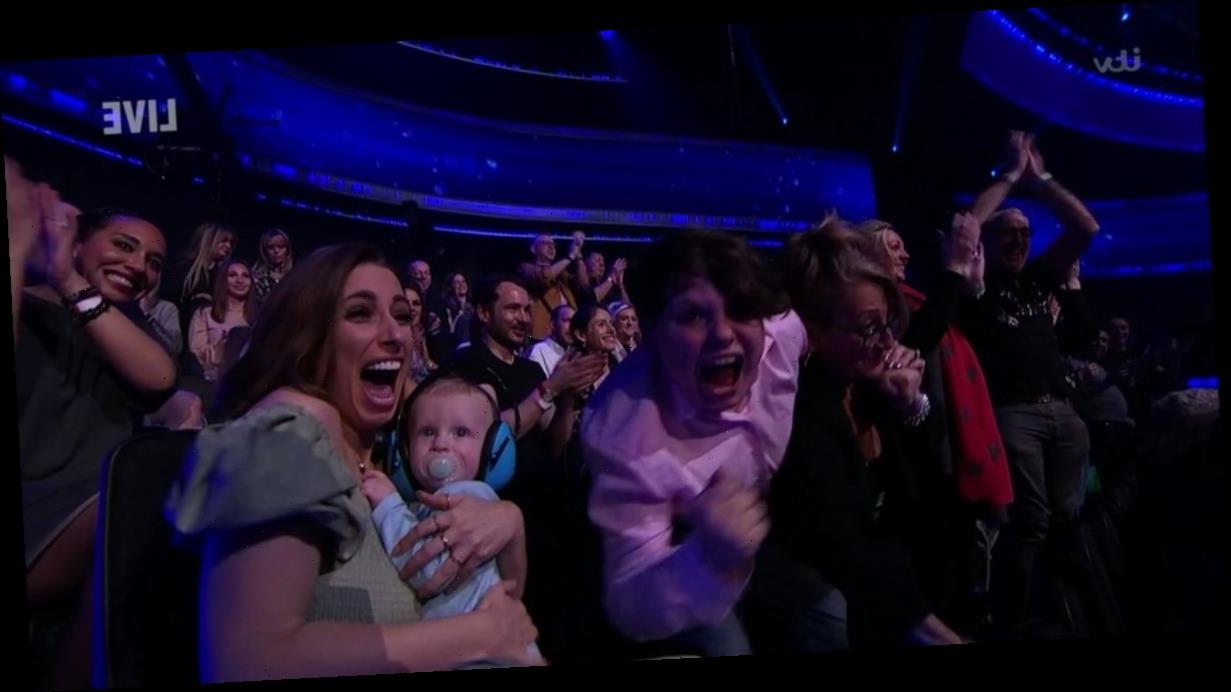 Joe Swash, 38, was surprisingly crowned winner of Dancing on Ice 2020 on Sunday night.

And it appeared that his girlfriend Stacey Solomon, 30, was completely astonished when hosts Holly Willoughby and Phil Schofield announced that he had beat front runner Perri Kiely.

As the camera panned to Stacey – who was in the live studio audience with her and Joe's tot Rex on her lap – she had a look of shock on her face as she gasped with surprise.

Beaming with pride, she then stood up and cheered from the sidelines.

Ahead of the results being revealed the Loose Women panelist spoke to Holly about Joe's skating journey.

She exclaimed: "We’re so proud of him!

She added: "He’s worked so so hard and we can’t wait to have him back.

He’s put so much into it – we can’t be prouder whatever happens!

Joe and professional skater Alex Murphy skated into first place after seeing off tough competition from Perri and Vanessa Bauer, who finished in second place, while Libby Clegg and her pro Mark Hanretty ended in third.

It was one of the most sensational nights in the ITV skating show's history – with all three finalists receiving perfect scores of 40 for each of their dances.

Cheeky chappy Joe admitted he didn't think he would make it past Christmas before his incredible improvement on the ice.

Joe collapsed to his feet in surprise when it was announced that he had won.

Earlier in the final show of the series one of Joe's Dancing routines gave a nod to his pal Caroline Flack – who took her own life in February .

As he took to the ice for the Charlie Chalplin inspired performance – a poster had been stuck on the set with the slogan "Be Kind" written on.

Following Caroline, 40, committing suicide the slogan "Be Kind" trended on social media and has been printed on T-shirts to raise money for Samaritans.

In December, the former Love Island presenter shared a quote on Instagram reading: "In a world where you can be anything, be kind", after her passing the two words have become synonymous with the late host.

Ahead of the Dancing On Ice final beginning Joe took to his Instagram account to show his fans a closer look of the special poster.

Sharing on the meaning behind the sign, he explained: "I asked them [Dancing On Ice] whether they could put the words Be Kind on a poster, so what they've done is they've put up this poster and at the top they've put the words "Be Kind."

The thoughtful star added: "Obviously we lost Caroline and we're trying to spread the word, we need everyone to be kinder."