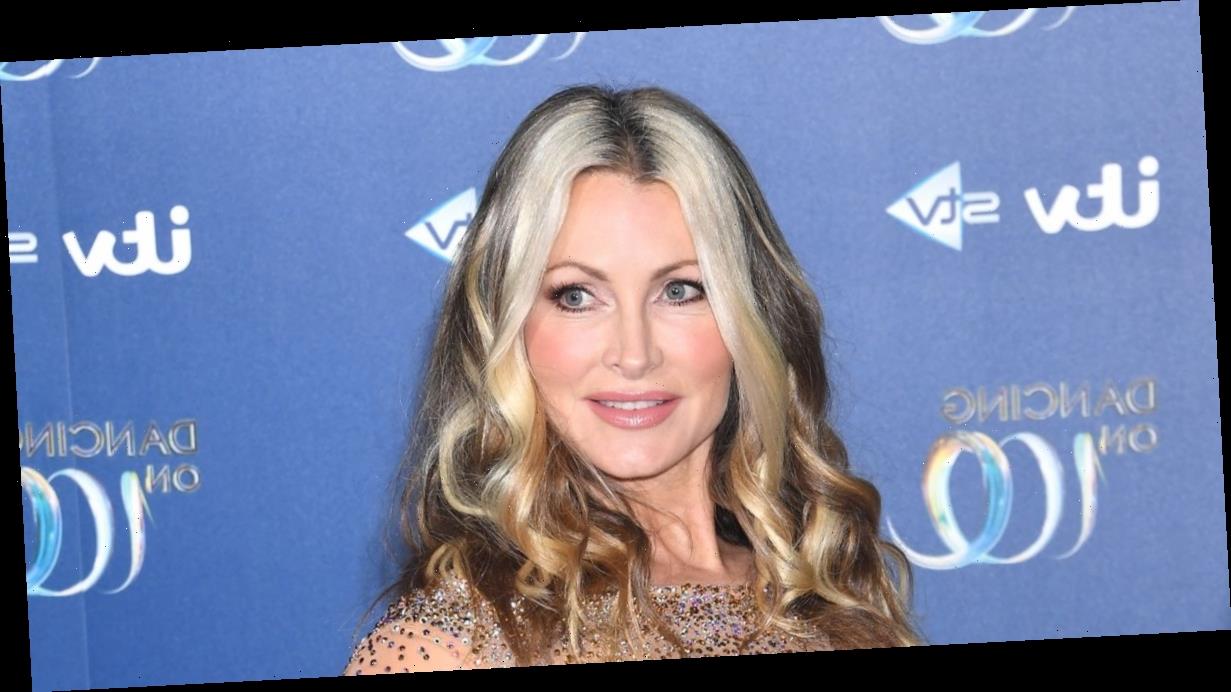 Caprice Bourret has been caught up in bounds of drama since appearing as a star on this year's Dancing On Ice.

And it appears that there's no end to the spectacle as the 48-year-old model has now been spotted with a swollen eye days after she swapped pro skating partners.

It is not known how Caprice's face became swollen, but insiders have confirmed to The Sun that it didn't happen during ice skating rehearsals.

Despite the wound on her face, Caprice stayed positive as she shared a video of her spinning on the ice yesterday morning.

She captioned it: "5am start spinning into the morning with a bang #letsdothis hope everyone has a great day."

On last Sunday's episode it was revealed that Caprice had 'parted ways' with her pro partner Hamish Gaman.

The blonde model then later confirmed that she would be skating with Oscar Peters for the forseeable.

Model Caprice became the first celebrity in the ITV show's history to dump her professional skating partner Hamish due to the fact that he 'pushed her too hard'.

The pair haven't seen each other since their 'catastrophic row' which saw them pull out of Sunday night's live show.

She has remained tight-lipped about the reason why she refused to continue working with Hamish, but Caprice told fans she's happy with her new partner.

Confirming who she had been recoupled with, Caprice said: "Oscar Peters. He is amazing."

Following her fallout with Hamish, a source told The Sun: "Caprice’s relationship with Hamish was harmonious at the start but as time went on they became more strained."

"She felt he was pushing her too hard in training and Caprice started to struggle. She felt he could have been more patient and they ended up having a big row."

"In the end it became completely unworkable for them to carry on and after speaking with the bosses they called it quits. It was getting toxic so stopping the partnership was best for everyone."

An ITV spokesman said they were "pleased" Caprice was back on the ice and looked forward to her return this Sunday.

Hamish has not left the show and will continue as part of group performances each week.