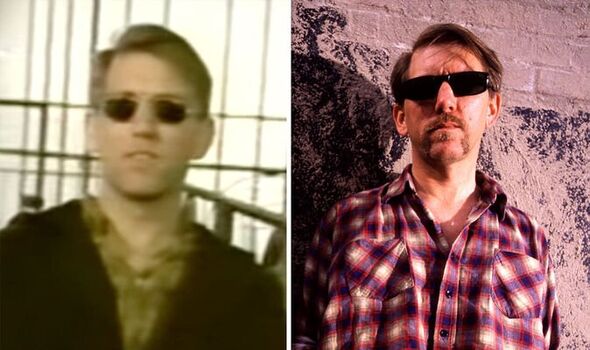 David Freel, who was the frontman of San Francisco psych band Swell, has died at the age of 64. His bandmates announced the sad news with a heartfelt tribute.

Taking to their official Facebook page, they explained David had died on the 12th.

No cause of death has yet been publicly revealed.

“In the years after Swell’s touring schedule, David found a home and a family in Oregon. For 14 years, he continued to create; whether that be music or Vinyl On Demand, he always had a project at hand.

“David led with spontaneous curiosity and an appreciation for the world around him, always learning more, he even learned how to surf.

“His final released project ¡¡ GREASY !! of Be My Weapon was an example of his eccentric genius as a musician.”

It continued: “David is loved and missed but never forgotten. Just play one of his songs or close your eyes to see his presence on stage.

“He will be there strumming his well-loved, ramshackle 1970s Takamine.

“The admirers of Swell and David Freel will mourn his loss but celebrate his life and legacy.

“As David would say, live every day like it is your last and never say goodbye, but rather see you soon. Thank you.”

He wrote: “The Swell days were some of the best ones of my life, also the most challenging.

“What held me there was the gravitational pull of David. I was lucky to be one of the planets in his orbit.”

Indie rock band Swell formed in 1989, and released their self-titled debut album in 1990, when they also spent the summer busking in Spain.

The following year, they released their second album …Well?

They went on to record nine further EPs.

The band initially comprised David on vocals and guitar, with Sean Kirkpatrick on drums, with Mark Signorelli and Monte joining as bassists at different stages, and John Dettman-Lytle joining as a second guitarist.

Pete Vogl, Tom Hays and Niko Wenner have also been guitarists for the band.

In 2009, David released the album Be My Weapon, his first record that didn’t use the name Swell.

His last record was Greasy, released in 2014.