The ‘80s rock band continue entertaining their fans today, but as lockdown has postponed their tour Joe Elliott had some time to chat about all things Def Leppard with Express.co.uk. Just a few years ago the singer fell ill and wasn’t able to front the band for months, but now he claims his voice is even better than it was forty years ago.

“I worked incredibly hard with a vocal coach from Los Angeles. When we realised we’d be going out on tour with almost 250 shows and no opening act, so two and a half hours a night, we knew that we were going to need training.

“We worked with the vocal coach, who doesn’t teach you to sing, he teaches you how not to use your voice. Exercising it properly before you go out on stage.

“When I got pneumonia and I got the hundred day cough, it totally destroyed my vocal cords, to the point where my throat doctor said to me, ‘If you weren’t you I’d tell you to retire because this is never going to get better.’” 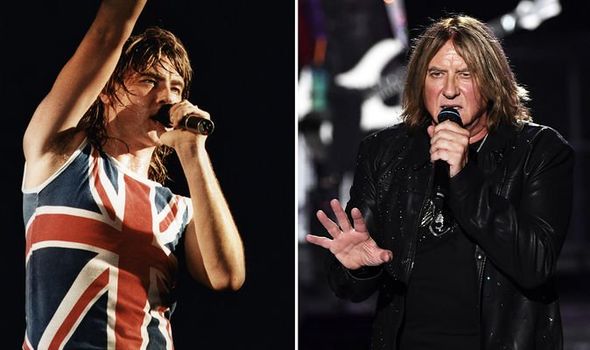 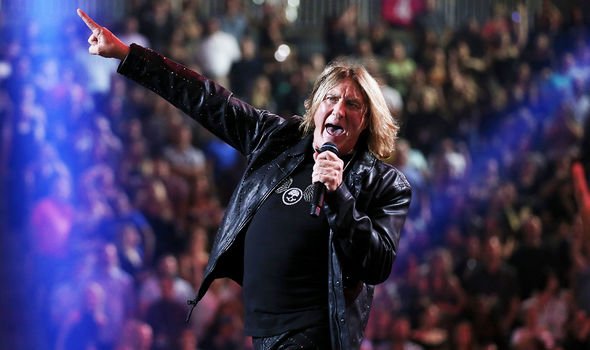 In January 2016, Def Leppard led the Hysteria on the High Seas concert cruise aboard the MSC Divina.

However, due to his illness, Elliott couldn’t perform with the band for the first time ever.

The 60-year-old said: “We did one of those rock cruises and I had to pull out.

“I introduced the band and then watched from the side. Seeing other people singing my bits, thinking ‘this is the weirdest thing I’ve ever seen.’” 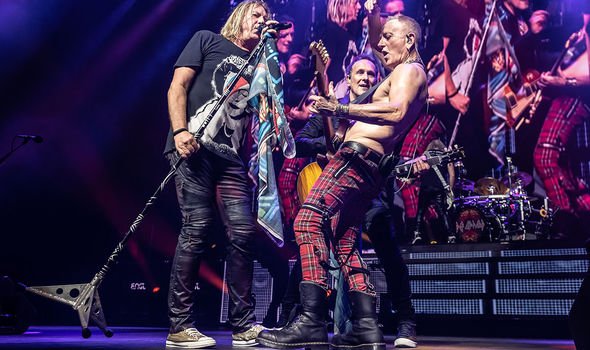 On his struggles, Elliott reflected: “I took a five-day break thinking, ’This has always sorted me out in the past.’

“It didn’t and we had to cancel a tour and I had to take five months of working every single day for an hour or two with my vocal coach who’s also a shrink in many respects.

“He tells you, ‘You can do this’ and you start to believe it when you see results.

On his recovery, he said: “I managed to get back out there that summer, but had to work with him on every day off.

“And it took me about 18 months to totally get my voice into a condition where I was happy with it. I was probably as good as I was before, but then all of a sudden, my voice got better and better.

“I just got more accurate. I’ll be the first to say I’m no Paul Rodgers, but I’ve got a style that’s recognisable that now, at the age of 60, is better than it was at 20.

Elliott enthused: “I sing most of the time.

“If I’m in the shower, I put music on, blare it out and singalong to Simon and Garfunkel!”

“I’m actually very comfortable and confident in my voice under normal circumstances.”

Def Leppard: London to Vegas is out now and the different formats are available here.