Derek Draper was put into a coma as he battled with COVID-19 in March 2020 with wife Kate Garraway calling to try and encourage him to fight the virus. Documenting Derek’s time in hospital and the wait to hear if he would survive, Kate, 53, let cameras into her home for Finding Derek which will air on ITV on Tuesday night. In one moment from the documentary, Kate can be seen video-calling her husband as he returns to consciousness.

Derek is overcome with emotion as he breaks down in tears while Kate praises his progress and begs him to stay with her.

Several conversations with Derek will feature in the documentary, however, Kate explained some were “too personal” to be included.

Speaking on Good Morning Britain, she told hosts Susanna Reid and Ben Shephard: “There’s hours and hours of nothingness, of blank staring that we thought were too personal.” 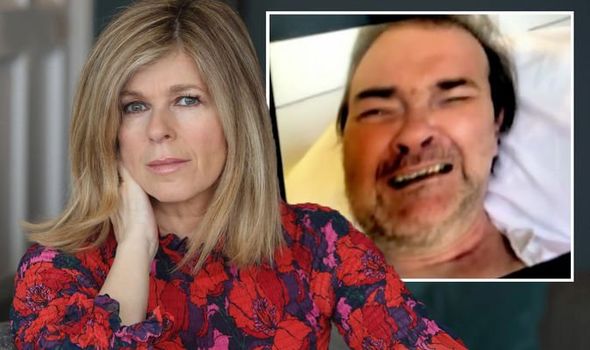 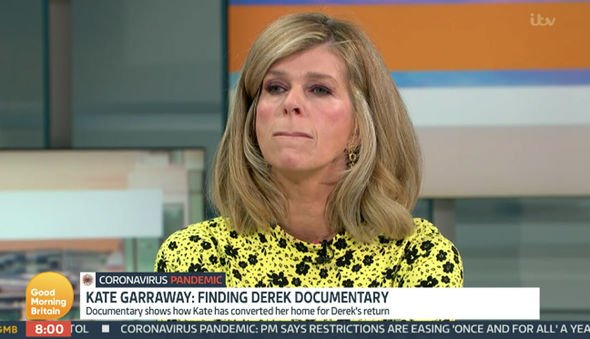 Kate added she felt it was important to document Derek’s recovery after many viewers had contacted her to explain they were going through something similar.

“I have a job that puts me on TV,” the mother-of-two shared.

“There were many months before I came back and I was locked in that bubble we all have been.

“It was a very private time and when I came back to work I was amazed and so moved by everyone’s reaction.

“So many people saying, ‘You’re talking about what I’m going through.’ The footage you see of Derek was recorded for me personally.” 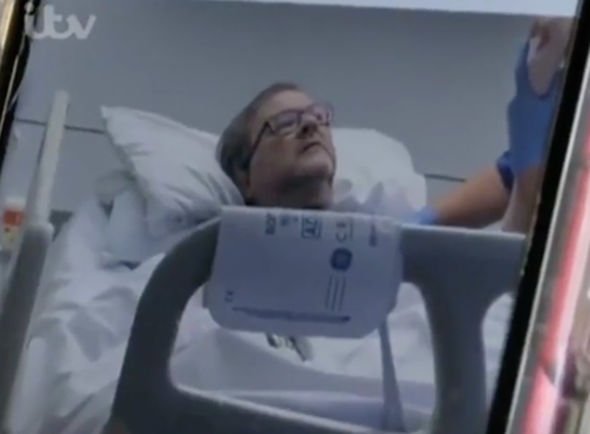 Kate Garraway says continuing to work has kept her 'sane'

Kate later remarked: “Derek has devoted his life to mental health and good mental health. I feel like he would want his journey to be told.

“He would like to be here telling it with me but maybe not yet.”

Unfortunately, Kate explained her husband has “regressed” which she believes is down to not being able to see him in person.

“That has regressed since the documentary, it has to be said this year has not been so good,” she remarked.

“But there were and that gives you hope and there are moments in the documentary where I think people who know Derek will know he is there.

DON’T MISS…
Kate Garraway documentary: When is Finding Derek on? What time?  [UPDATE]
Kate Garraway speaks to Derek Draper via an iPad almost constantly [LATEST]
Kate Garraway hits out at suggestion she could QUIT GMB [VIDEO]

“For such a long time that has been the horror, ‘Is he still in there? Is he trapped inside himself? Is he gone?’”

In the documentary, Kate also speaks about how the family dynamic could change and whether she’d become Derek’s primary care.

She told son Billy: “You know that we are hoping that Dad will get better and better, but when he comes home he will probably need to be in a wheelchair, so we are trying to make it so he can do all this.

“If I have to give up work to care for him then it is best to do it now when I am earning money.

“If he needs 24-hour care I will be the primary carer. I have a fear of the reality of that life. It is a completely different dynamic to our relationship.”

However, speaking on Good Morning Britain, Kate told her co-hosts: “You can’t get rid of me that easily.

“Even though I think I have all of the answers, Derek doesn’t need me,” she remarked.

“What Derek needs is speciality medical support. He needs expertise and I’m not an expert.”

Kate Garraway: Finding Derek airs on ITV on Tuesday at 9pm. Good Morning Britain airs daily on ITV at 6am.