Derek Hough: 25 Things You Don't Know About Me!

Dancing king! Derek Hough fans know he’s a six-time Dancing With the Stars champion, but they don’t know everything about the entertainer.

Every ‘Dancing With the Stars’ Pro Through the Years: Where Are They Now?

Before Hough, 36, was wowing audiences with his killer dance moves on TV, he was impressing the royals, he exclusively tells Us Weekly. The Utah-born performer moved to London before his teenage years, and his first stage role was at Windsor Castle, the future site of Meghan Markle and Prince Harry‘s wedding.

That’s not his only royal connection. Ahead of launching his new show Derek Hough: No Limit at the Venetian in Las Vegas on September 22, the three-time Emmy winner dished on nearly falling in front of the Queen, geeking out over superheroes and the only time sister Julianne Hough beat him in competition. 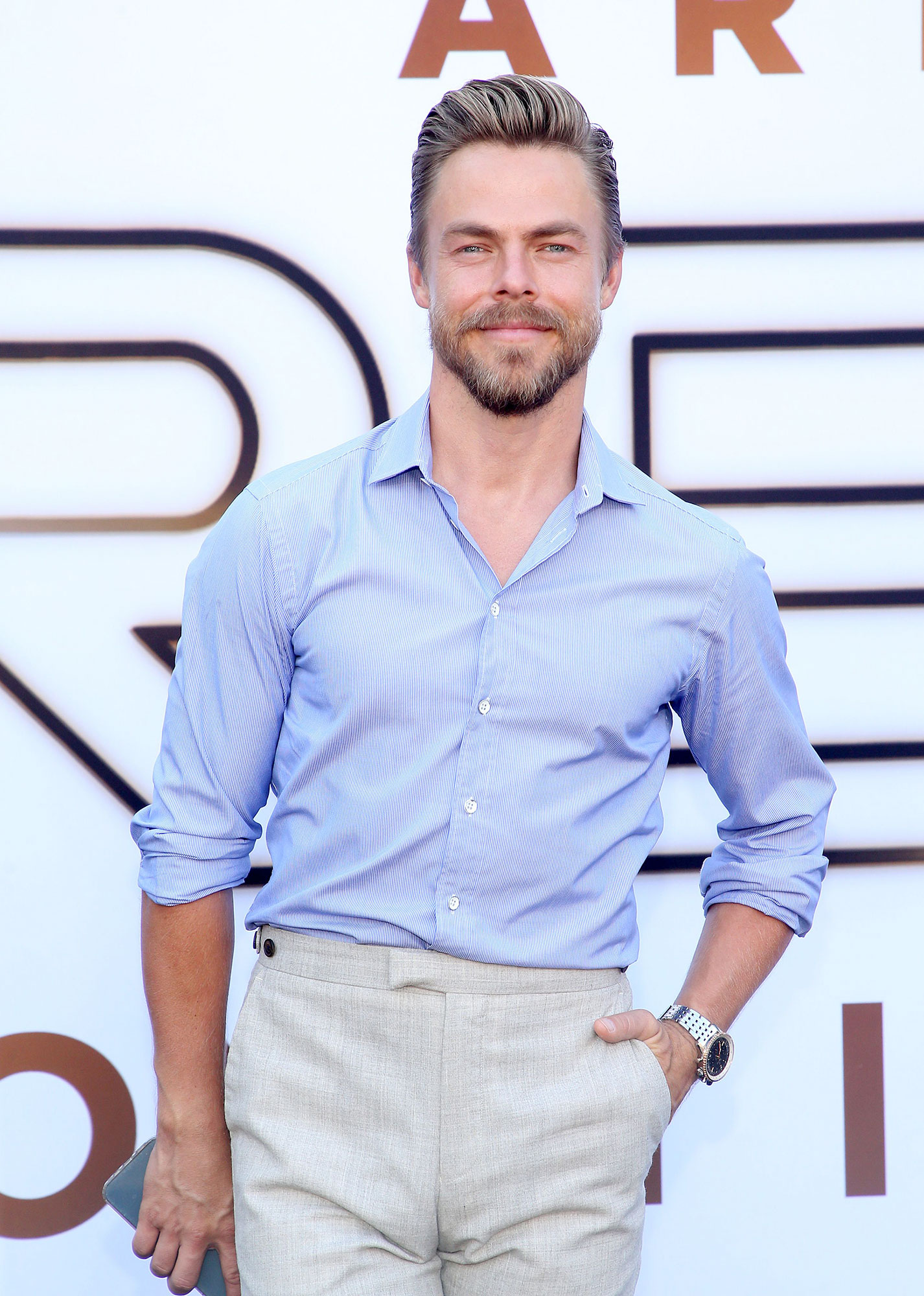 Read on to learn more about Hough:

1. I’m an extra in the first Harry Potter movie.

2. I can hold my breath underwater for 3 and a half minutes.

3. I’ve free dived up to 60 feet with humpback whales and spotted dolphins.

5. My mom lived in Vegas for 20 years and I would go there as a kid and dream about having my own show, and now I do with my residency at The Venetian that starts in September!

6. The only time Julianne ever beat me in a ballroom competition was in Vegas.

7. I moved to London when I was 12 and finished school there while pursuing dance.

8. I almost did a backflip onto Rod Stewart in front of the Queen when I was a teenager. Not on purpose.

9. We rescued one of our cats, Palo, out of a gutter the night of the Emmy awards.

10. During his first solo tour in London, I snuck into John Mayer’s dressing room and got thrown out multiple times.

11. I later met John Mayer and told him the story.

12. I don’t think I paid for any concert tickets as a kid in London, I always snuck in.

14. My favorite movie as a kid was Labyrinth with David Bowie.

15. My first CD was The Offspring – but my dad didn’t approve and snapped it in half.

16. Outside of dance, I played football and was a good wide receiver.

17. The only bones I’ve ever broken are my pinky finger and my big toe.

18. I have four sisters and all my clothes were hand-me-downs from them, so I would color my pink tennis shoes with a sharpie and hunt for all the unisex shirts.

Biggest ‘Dancing With the Stars’ Controversies Through the Years

19. On Dancing with the Stars, I fell while rehearsing my jive with Kellie Pickler and since then have had a nagging shoulder injury for years.

20. I got into gardening during quarantine and now I’m obsessed with plants.

21. [Girlfriend] Hayley [Erbert] and I are obsessed with Sackboy on Playstation and completed it to 99 percent during quarantine.

22. The dream vacation spot I haven’t been to yet is Southeast Asia – I want to go to Thailand and Bali and see the temples and ruins there.

23. I once auditioned for FAME on the West End and didn’t get it, but…

24. The director kept me in mind and gave me the lead for Footloose.

25. My first stage role was the Giant in a Jack and the Beanstalk pantomime at Windsor Castle.