Escape to the Chateau: Dick Strawbridge carries a hot tub

Escape To The Chateau star Dick Strawbridge responded to a viewer who said he was “crazy” on social media, after watching an episode of the Channel 4 favourite. The 61-year-old could not let the comment slide after the Twitter user reacted to him trying to lift a 240kg hot tub, while remarking on his age.

“I’m watching Escape to the Chateau with missus. This Strawbridge guy is crazy.

Star of the show, Dick, shared the tweet with his 78,400 followers and boasted that he was able to complete the task.

“But we did it… Many a fine tune played on an old fiddle!!” he shot back. 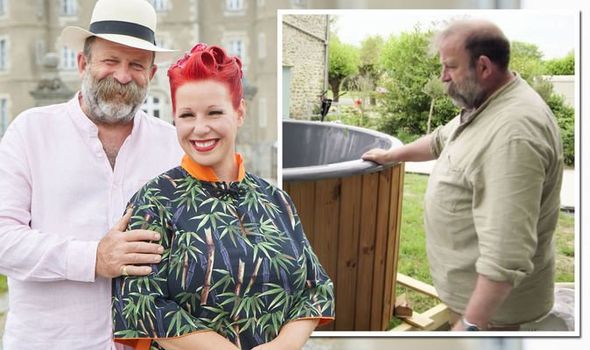 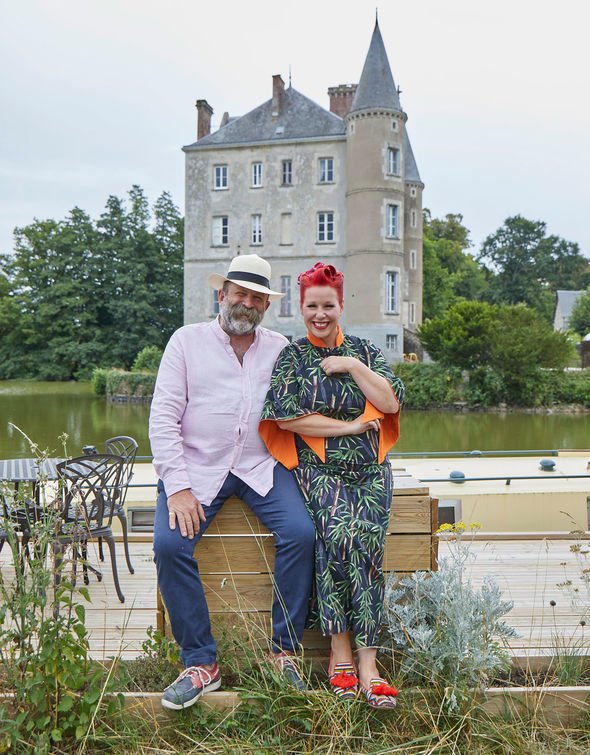 Another added: “There is a fine line between genius & insanity.

“My viewing experience is the Strawbridge family is brilliant and hard working!”(sic)

“I will not argue that,” the original tweeter replied, before adding, ”Absolutely hard working, and I respect the hustle.” 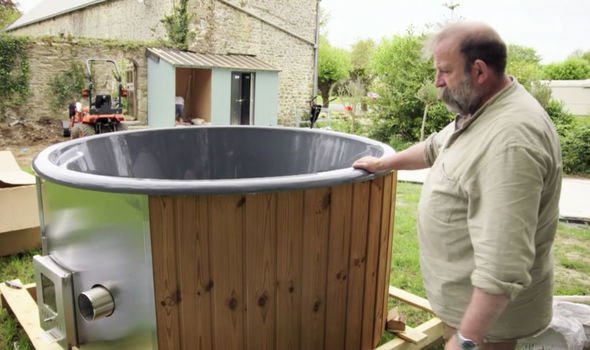 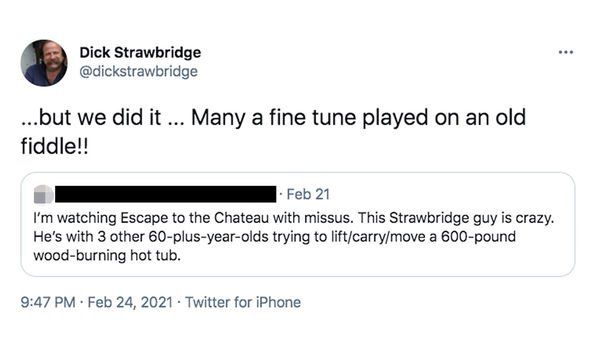 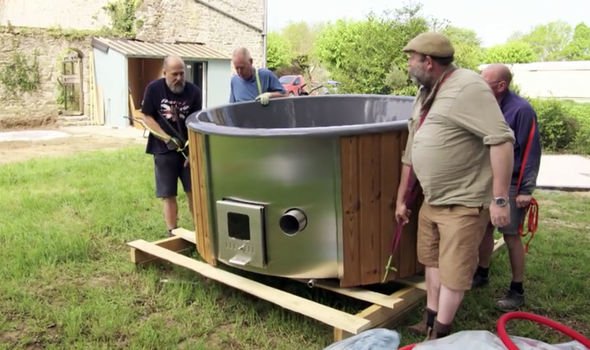 Sharing a similar thought, another added: “A body in motion stays in motion!”

“He’s proof of that!” the tweeter replied.

The tweeter made his comments after watching an old episode of Escape To The Chateau, which first aired back in 2016.

The success of the programme, which follows the former Army officer and his family renovate and redecorate a 19th-century in France, has seen it run for seven seasons.

Dick could be seen installing a hot tub in the first episode of series five, broadcast in November 2018.

The couple were creating a luxury glamping experience in the grounds of their stunning property.

“It’s not glamping unless it’s glamorous apparently, and for us that involves a wood-powered hot tub,” Dick told viewers on the show.

After recruiting the help of three men, he was seen moving the heavy item into place with ease.

“What a stupid idea,” he said to his helpers as he lifted the hot tub.

“Four men. A tub. Combined age of 212,” Dick joked as they carried it across the grass.