Did Jake Gyllenhaal Just Respond to Taylor Swift’s ‘All Too Well’ Track?

Drama, drama, drama. Jake Gyllenhaal’s latest photo shoot isn’t going over “All Too Well” with Taylor Swift fans. The 41-year-old actor, who briefly dated the singer back in 2010, appeared to address Swift’s extended 10-minute “All Too Well” song and accompanying music video in his recent photo shoot for W Mag.

Where Does Taylor Swift Stand With Her Exes Now? A Full Breakdown

In his portrait, the Brokeback Mountain star sported a button down and matching heart-shaped sunglasses that are — you guessed it — red. The fashion choice wasn’t lost on Swifties, as the fan base wasted literally no time pointing out that the shades are eerily similar to the ones that the Evermore singer wore in her “22” music video. 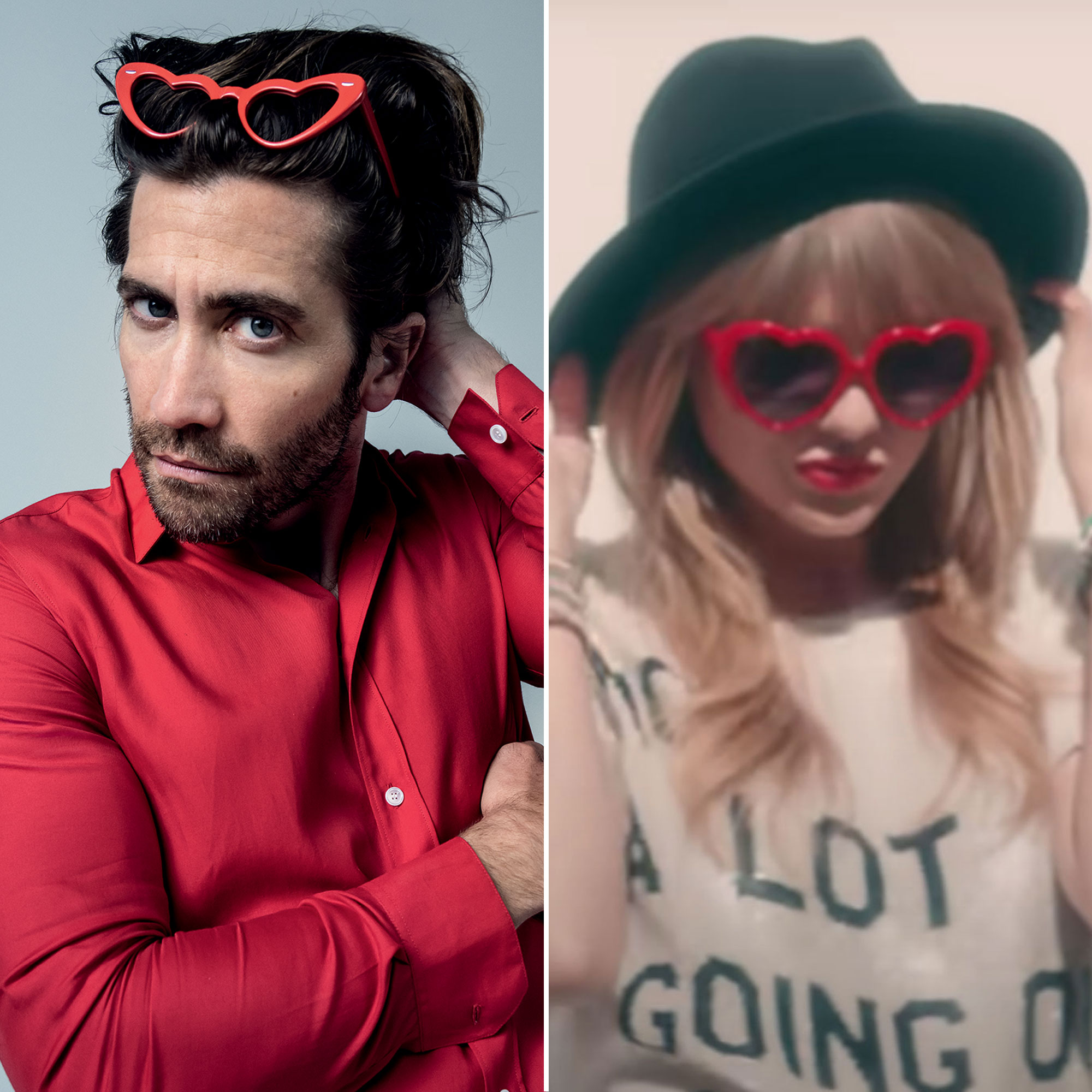 For those that don’t have a disturbingly encyclopedia-like knowledge of Swift’s body of work, “22” was part of Swift’s Red album, which was rereleased as Red (Taylor’s Version) in November 2021. The album, mainly the song “All Too Well,” is speculated to be about Gyllenhaal.

Given that the drama surrounding the pair’s past romance has been reignited in recent months following the release of Swift’s music video, which hinted that their break up may have been related to their age gap, fans wasted no time pointing fingers.

“Red (Jake’s Version),” one person joked on Twitter, while another said, “Jake Gyllenhaal is really in his Red era, huh? What’s going on here.” Someone else chimed in: “Jake’s feeling 22.”

While it’s not official clear what the intentions were with Gyllenhaal’s outfit choice, one thing is for sure: Swifties are always on the hunt for an Easter egg.

For example, when Swift was doing press for Red, she wore a little black dress on her appearance of The Late Show With Seth Meyers. Fans wasted no time speculating that her David Koma number was a nod to Princess Diana’s iconic revenge dress.

The late Princess of Wales famously wore the mini the day after Prince Charles publicly confirmed his infidelity. Swift’s fan base purposed that her dress this go round was designed to throw shade at Scooter Braun. The 40-year-old music executive sparked a feud after he purchased the rights to Swift’s first six albums in 2019. Swift rerecording her albums is her way of reclaiming the rights to her music.

While rumor ran rampant, Swift shut down the claims during an interview with Access Hollywood. “It was just a black dress I liked,” she said, noting that the fuss was “debunked.”