Did This Sporting Event Get William And Harry Talking Again? 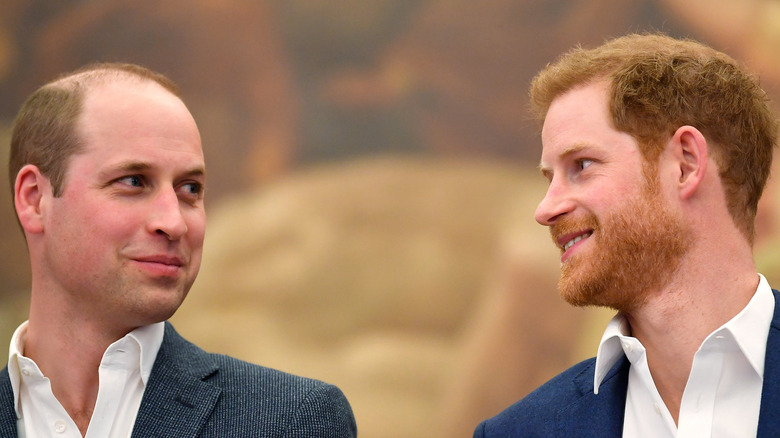 It’s probably fair to say that Prince William and Prince Harry’s relationship has been somewhat strained over the last year or two. With the news that the pair would be together for the unveiling of the Princess Diana statue, their first time seeing each other since Prince Philip’s funeral in April, there’s been plenty of speculation as to just how close, or not, the brothers are right now.

It was reported that even at their grandfather’s funeral, the pair were “at each other’s throats,” with the relationship between them having disintegrated in recent years. However, it’s been suggested that they’ve been in contact with each other, and that’s something for which we might well be able to thank a popular sport (via the Daily Mail).

Euro 2020 is in full swing and Prince William, along with wife Kate Middleton and eldest child Prince George, was seen at the soccer tournament for England’s victory against Germany on Tuesday night. William — a well-known soccer fan who’s also president of the English Football Association — was one of many famous faces at the match, alongside the likes of English football icons David Beckham and David Seaman and pop stars Ed Sheeran and Ellie Goulding (via Metro). 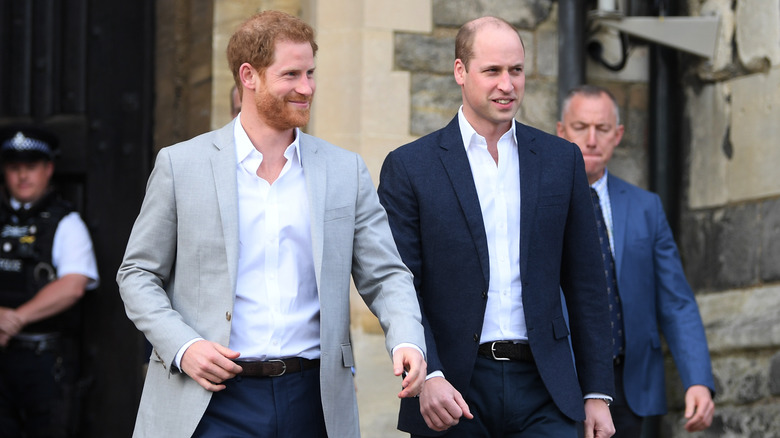 After the 2-0 victory, which sees England go through to the quarter-finals of the competition and face Ukraine on Saturday, it’s been said that both Prince William and Prince Harry spoke about the result. A source told the Daily Mail that while “it is still far from good between them … There has apparently been an exchange of messages, particularly about the football, which is a step in the right direction, if only to do honor to their mother.”

Meanwhile, royal journalist Omid Scobie described the brothers as willing to put their differences aside and be professional, but without a big public reconciliation. “What we will see is two brothers being professional in a moment that is not about them,” he said. “This is going to be a moment we see them put everything to one side. We will just see professionalism and nothing else.”

While relations between the royal brothers might be slightly icy, it’s been reported that Kate Middleton has been reaching out to Meghan Markle — particularly since the latter gave birth to second child Lilibet Diana last month. A source told Us Weekly that the Duchess of Cambridge has been sending gifts over to her in-laws, while she also previously said that she “can’t wait” to meet the youngest royal.