Australia’s former disability discrimination commissioner has called for a television advertisement quota to shift attitudes and help lift the “abysmal” employment rate of people with a disability.

“You can’t be what you can’t see, so we need to see people with disabilities employed in jobs,” Graeme Innes told the Royal Commission into Violence, Abuse, Neglect and Exploitation of People with Disability on Monday.

“We need to see people with disabilities on our television screens, in our advertising.” 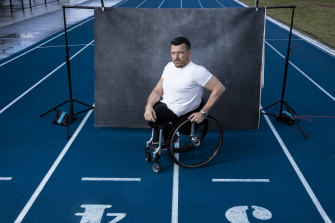 More people like 2019 Australian of the Year finalist Kurt Fearnley should be on television screens, Graeme Innes says. Credit:Louie Douvis

Mr Innes said people with disabilities should be “included at the level of 15 or 20 per cent of the faces we see in advertising”, and pointed to 2014 research that found disabilities on television were “woefully lower than the average in the population”.

In the study of 199 television dramas, Screen Australia found only 4 per cent of characters had an identified disability compared to an estimated 18 per cent of Australians.

Mr Innes said the public’s familiarity with people like Paralympic gold medallist and 2019 Australian of the Year finalist Kurt Fearnley, wheelchair tennis champion Dylan Alcott and Emmy Award-winning comedian Hannah Gadsby (who has autism) was a sign of positive change.

“We need to continue that momentum,” he said, saying many people with disabilities were afraid to be open with their bosses, making it hard to collect accurate data or ensure appropriate supports were in place.

“People will only declare they have disabilities to employers when they see at a micro level with a particular employer or at the macro level in the general community people with disabilities being included and accepted as part of the Australian community.”

Mr Innes also called for companies and public sector employers to tie disability employment targets to executive bonuses and for greater board representation, along with legislation compelling employers to report on how many people with disability they employed.

“If we change attitudes amongst Australian society [and] people making recruitment decisions in employers large and small, then we will actually start to deliver on some of those policies,” he said. “The whole fabric of society needs to change.”

People with disabilities make up just 1 per cent of the workforce of the nation’s 10 largest employers, the royal commission heard. People with a disability have a labour force participation rate of only 53 per cent compared to 84 per cent for those without a disability. 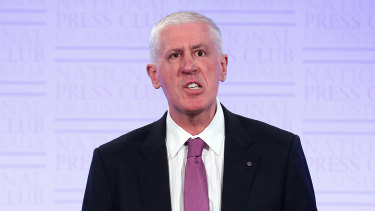 “We’ve been employed at a rate approximately 30 per cent less than the general population during the last 30 years,” said Mr Innes, who is blind and experienced discrimination as a law graduate in 1979, adding there had been no “meaningful change” since.

Ms Eastman said the most recent data from 2018 showed that 4.4 million Australians – 18 per cent of the population – have a disability, including 2 million people of working age.

Fascinating answers to perplexing questions delivered to your inbox every week. Sign up to get our new Explainer newsletter here.

An earlier version of this story had an incorrect labour force participation figure for people with a disability.