Disney Plus Expected to Reveal More Than 25 Million Subscribers, Dazzling the Industry 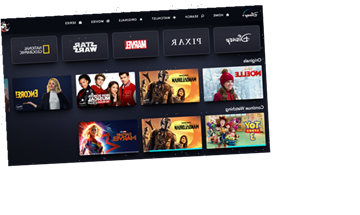 Disney has Wall Streeters and the industry eagerly awaiting the company’s quarterly earnings announcement on Tuesday, which will include the first official subscriber numbers for the Disney Plus streaming service.

Disney is expected to reveal that the service has racked up 25 million to 30 million subscribers since its Nov. 12 debut. If so, Disney Plus will mark a stunning entry in the annals of consumer entertainment product launches. It’s testament to the drawing power of Disney’s gold-plated brands and the decision in 2017 by chairman-CEO Bob Iger to go full-throttle on realigning the company to support the radical transition into direct-to-consumer distribution for its most prized content assets.

“From zero to where they are now is unbelievable,” said Michael Nathanson, veteran entertainment analyst and principal at research firm MoffettNathanson. “The company should bask in the glow of what they’ve pulled off. They didn’t play it safe. But they did the right thing for the company.”

As many as one-third of Disney Plus’ subscribers are expected to come from Verizon, which cut a deal with Disney to give a free one-year subscription to Disney Plus to all of the telco’s customers that pay for unlimited data plans. Nathanson praised that alliance as a smart move to quickly gain circulation for Disney Plus. Verizon is paying Disney for those subs, although likely at some discount from the retail $69.99 a year pricetag.

Verizon has not released specific numbers but executives said during the company’s earnings call earlier this week that it lured more wireless subscribers in the fourth quarter of 2019 than expected — its highest wireless net adds in six years — thanks in part to its Disney pact.

Verizon reported a net addition of 790,000 postpaid wireless customers, topping the average Wall Street estimate of 525,000 net adds, per FactSet. The one-year-free Disney Plus offer, available to eligible Verizon customers through June 1, 2020, was one of the factors for the lift, CFO Matt Ellis said.

Disney lived up to its reputation as a marketing machine through the Verizon deal and other consumer marketing efforts for Disney Plus. The campaign started in earnest with the company’s April 11, 2019, Investor Day presentation, which generated crucial advance buzz among Disney-philes. On day one, Disney Plus generated some 10 million sign-ups for a weeklong free trial. The conversion rate from free trial to paying customer will also be a key focus for investors.

“The execution has been incredible,” Nathanson said. At the same time, Nathanson sees Disney as taking a page from the Netflix playbook of offering the service at a consumer-friendly low price in order to quickly aggregate customers. He doesn’t see a price hike for Disney Plus from its $6.99 monthly price any time soon.

The embrace for Disney Plus will only encourage Disney to rev up its streaming distribution strategies in other sectors, such as ESPN and Hulu, he said. Disney signaled changes to come at Hulu on Friday with the news that Randy Freer, former Fox executive, is out as CEO after two years.

Although Disney’s fiscal first quarter 2020 numbers are expected to dazzle, investors will press Disney for granular detail on the pacing of new signups, the early churn rate and viewing trends, Nathanson predicted. And industry folk are hankering for updates to Disney Plus’ programming, given the popularity of “Star Wars” standalone series “The Mandalorian” and its breakout star, Baby Yoda (officially known as The Child).

Given the strong launch in the U.S., Nathanson also wonders if Disney will speed up plans to roll out Disney Plus in other big territories. Already Disney has bumped up by a week the March launch date for Disney Plus in the U.K.

Disney Plus news aside, there may be little room for upside on the stock after Tuesday’s report, even if Disney exceeds analyst forecasts. Shares already rose 1.3% Thursday after Verizon reported its Disney Plus lift.

And big as the Disney Plus subscriber figures are expected to be, investors will no doubt focus on other parts of the Mouse universe. Earnings at Disney’s studios segment should be buoyed by the last installment of its Lucasfilm trilogies, “Star Wars: The Rise of Skywalker,” not to mention the hotly anticipated Disney Animation sequel “Frozen 2.”

Conversely, expect Disney’s parks and resorts segment – typically a reliable standout – to be the object of concern as coronavirus fears rattle the market.

Amid the metastasizing outbreak, Iger will likely be asked to address the prospect of temporarily shuttering more Disneyland theme parks across the world. The Shanghai and Hong Kong parks are closed as a precautionary measure to reduce the spread of the disease, but an increasing number of coronavirus cases have been confirmed in countries beyond China, threatening to impact any number of local economies while containment efforts are underway.

Guggenheim Securities Michael Morris expects that to hit parks revenue dramatically – a 75% decline in the current quarter, and 50% and 30% in the quarters following that – amid the closures and anticipated slow attendance rebound at both China-based Disneyland parks.