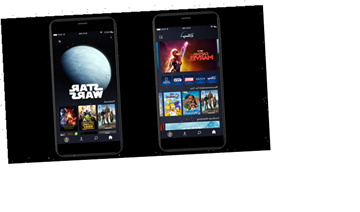 Disney Plus zoomed out of gate in Europe and the U.K. on Tuesday, according to third-party data estimates — reflecting pent-up demand for the Mouse House’s streaming service and, perhaps, agita among parents looking for relief amid governmental stay-at-home directives.

On March 24, Disney Plus debuted in the U.K., Ireland, Austria, Germany, Italy, Spain and Switzerland. In those seven markets, the Disney Plus app was downloaded 5 million times, according to measurement and analytics firm App Annie.

However, number of app downloads does not translate into subscribers — it doesn’t necessarily mean Disney Plus gained an incremental 5 million new paying customers. For starters, Disney Plus subscribers can download and install multiple apps on several devices: Each account can create up to seven profiles and access up to four simultaneous streams. Also, App Annie’s data covers only mobile apps, not connected-TV apps or access to the Disney Plus website (and therefore may exclude a portion of the user base).

Still, as a relative barometer, the European numbers bode well for Disney Plus to establish a substantial footprint in those markets, coming about four months after the initial Disney Plus in the U.S., Canada, the Netherlands, Australia and New Zealand. As of Feb. 3, Disney Plus had snagged 28.6 million subscribers, the media conglomerate announced.

Year-to-date in 2020, Disney Plus is the No. 7 ranked non-gaming app by consumer spending worldwide, per App Annie (trailing Tinder, YouTube, Netflix, TikTok, Tencent Video, and iQIYI). The European launch of Disney Plus should push it higher in the rankings.

There are more markets yet to come online for Disney Plus: The company pushed the launch of the streaming service in France by two weeks, to April 7, at the behest of the French government. Disney Plus India has been postponed indefinitely at this point.

Meanwhile, Disney Plus launched in Europe with lower video quality, as the company joined others like Netflix and YouTube in paring back usage during the COVID-19 outbreak. Disney said it was aiming to reduce bandwidth utilization of Disney Plus by 25% by reducing video bit rates.

And so far, Disney Plus users have been spending a considerable amount of time in the app. In December 2019, subscribers spent an average of 3 hours and 10 minutes in the app, according to App Annie. That’s compared with Netflix at 4 hours and 20 minutes and Hulu at 3 hours and 20 minutes. Again, note that the company’s data excludes viewing on TVs and computers. App Annie says its data sources include anonymized and aggregated data from more than 1 million apps, plus large consumer panels and ad networks.

The Disney Plus is the dedicated streaming home for movies and TV shows from all of the media conglomerate’s brands, including Disney, Pixar, Marvel, and Star Wars. The content lineup for the U.K. and Europe is much the same as in the U.S., with more than 500 films (but not including “Frozen 2” yet); about 350 series, including 30 seasons of “The Simpsons”; and a slate of 26 originals, including “The Mandalorian” from Jon Favreau.