The duo previously served as Co-Chairmen since May 2019 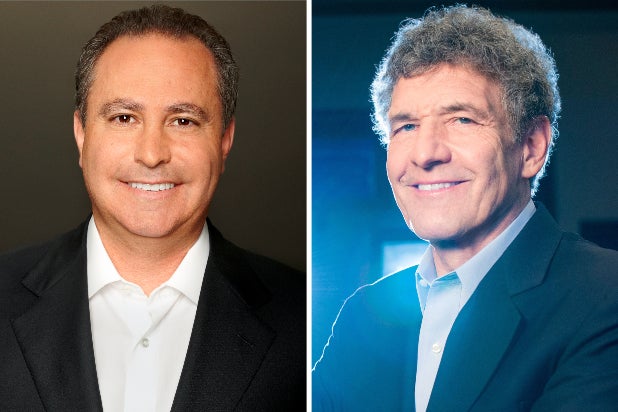 The duo previously served as Co-Chairmen since May 2019.

“The Walt Disney Studios’ achievements under the leadership of Alan Horn and Alan Bergman have been nothing short of extraordinary. Having worked closely for years with Alan Bergman, an exceptional leader and proven executive, I couldn’t be more pleased to name him as Chairman,” says Chapek in a statement to TheWrap. “And we are incredibly fortunate to have Alan Horn continue as the Studios’ Chief Creative Officer. Our studios are unmatched in their ability to create incredible cinematic experiences, and with this new structure, we are ensuring a vital continuity of leadership.”

As Chief Creative Officer, Horn will focus on the creative aspects of the Studios’ content pipeline, working in partnership with Bergman.

“I am grateful to take on the role of Chairman of the Studios as I believe deeply in our people, culture, and the work we do,” added Bergman. “I am also thankful to Bob Iger and Alan Horn for their leadership and the trust they’ve placed in me over the years and to Bob Chapek for his continued support, especially during this challenging year.”

As president of Disney Studios since 2005, Bergman has played a significant role in helping lead the studio’s integrations of Pixar Animation Studios and Marvel Studios, led with Horn the integration of Lucasfilm, and is currently leading with Horn the integration of the Fox film labels under the Disney umbrella. Bergman joined Disney in 1996 and has held executive roles in Disney’s controllership and operations planning groups before being named CFO in 2001.

“It has been an honor to lead The Walt Disney Studios over the past eight-plus years, and I’m so grateful not only to Bob Iger for making it possible in the first place but to the Studios team, whom I find endlessly inspiring – I hope they are all as proud of what we’ve been able to do together as I am,” added Horn. “It has been an amazing run, and the time feels right to shift my focus solely to our enormous creative slate. As for our new Studios Chairman, Alan Bergman has been at my side since day one; he has been the best partner imaginable, and the team could be in no better hands.”

Horn has served as chairman of Disney since 2012, presiding over an unprecedented time of growth at the studio. Horn is a longtime industry veteran, having served as chairman and CEO of Norman Lear and Jerry Perenchio’s Embassy Communications and later co-founding Castle Rock Entertainment.

Prior to joining Disney, Horn helped usher in the modern blockbuster era as president and chief operating officer at Warner Bros., which led all other studios in global box office for seven years during his 12-year tenure.

Under Horn and Bergman’s leadership, Disney became the first and only studio to cross the $7 billion mark at the global box office, first in 2016 reaching $7.6 billion, and again in 2018 with $7.3 billion. Disney also set an industry record of $3.1 billion domestically in 2018. Together, they’ve overseen the release of 15 billion-dollar films, including “Star Wars: The Force Awakens” and “Avengers: Infinity War,” which have surpassed $2 billion.