BBC presenter Jayne McCubbin was filming on a beach in West Kirby, Wirral, to highlight the transition for dogs as their owners go back to work in offices, restaurants and non-essential shops. A group of dogs joined Jayne for the segment and one Shih Tsu named Buster got a little over-excited and peed on Jayne and all over the camera equipment.

Presenters Louise Minchin and Dan Walker were taken by surprise when they could hear the commotion behind the scenes. Louise joked: “I can hear a lot of laughter from Jayne McCubbin who is on a beach in The Wirral, what is going on?”

Jayne burst into laughter as the cameras cut to her surrounded by a number of dogs and their owners. Jayne said: “Good morning from all of us from West Kirby.

The camera pointed towards the adorable Shih Tsu and Jayne said: “Buster, have a look at Buster. Buster’s been a very naughty boy this morning because he has just peed all over Mandy’s camera equipment and just before the headlines peed all over the back of my coat!” 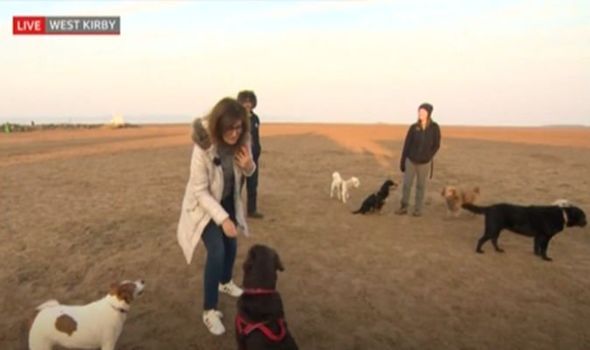 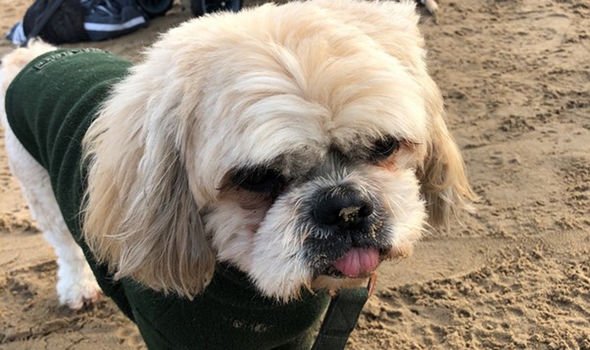 Jayne also tweeted a picture of the offender with the caption: “Buster *sigh* producer @joshparry dog who arrived @BBCBreakfast and promptly peed all over our kit!”

In a subsequent tweet she exclaimed: “Newsflash! BUSTER JUST PEED ON ME DURING @BBCBreakfast HEADLINES.”

Buster was not the only dog causing chaos on the BBC this morning as another dog called Monty got a little over-excited. Jayne said: “It’s chaos down here, absolute chaos. Monty has been very frisky this morning he has been getting amorous with all the other dogs – so don’t do it live on television Monty, OK?”

When you get there, make sharing a picture of your dog in our Top Dogs feed your very brilliant first job.

Maybe when you’ve done that, leave a recommendation to help fellow dog owners in the TeamDogs community.

A third dog called Fred also wanted to be the centre of attention, drowning Jayne out with his barks and jumping up at her to get his ball. Jayne said: “Fred, he’s been a very good boy, but he wants his ball back.”

As Fred continued to jump up and bark at the reporter, Jayne said: “Fred, flipping heck mate. I’m gonna throw it in a sec. Wait for it, here, here.” She finally launched Fred’s ball and he jetted off away from the cameras.

Jayne was reporting on the number of households who had bought dogs through lockdown and were now facing the difficult task of transitioning to spending less time at home with their pets.

They spoke with training experts who said puppies would have great difficulty if they have not been properly socialised yet. They advised that if people are looking to train their dogs it should have at least four weeks before they plan to return to working outside the home.

Vet Dr Rhiannon Mansell told Jayne: “Lockdown has brought its own challenges but now dogs are being left on their own for a much longer time and they are just not used to it.”

She gave some quick tips to help separation anxiety, she said: “Start now, before you go back you want to start building up the amount of time you leave them on their own.

“Start with just five – 10 minutes, giving them something that will engage their brain as well, things like a treat ball or puzzle feeders are fantastic.”