'Don't Be So Trusting'! Kardashians Reveal What Advice They'd Give Their Younger Selves In Reunion Bonus Scene

Wow, if this is the stuff that didn’t make the final cut…

The first part of the Keeping Up With The Kardashians reunion special airs this Thursday, but these are some questions you won’t see in it. In a YouTube exclusive clip, the entire fam answers a series of questions from offscreen — maybe audience questions? 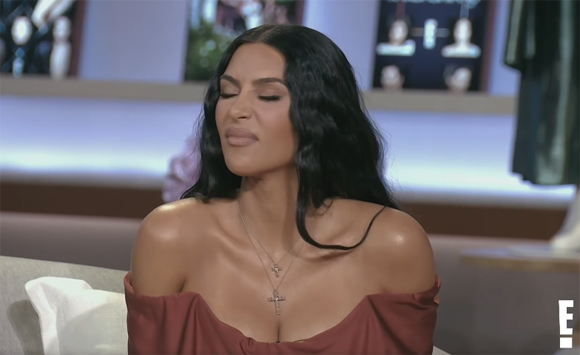 Hilariously, Kourtney Kardashian said she would choose to “relive” the time she waxed little sis Khloé Kardashian‘s vagina — while Khlo herself was firmly in the “regret” camp! She winced:

“No, that was actually painful. I had peas on my puss for a while.”

Ha! But the most telling question was what advice the reality stars would give to their younger selves.

Kendall Jenner and Kourtney — who are both very happy and in love right now, Kendall with basketball player Devin Booker and Kourt with Travis Barker — had similar relaxing vibes.

Kendall’s was to tell her younger self she had “no idea” what was coming and to just “trust” things will be fine:

“Just trust. And like literally have faith in the universe.”

“That was mine, have faith in God’s plan for you.”

Easy to say when life is perfectly blissful, right?

Kim, who is maybe not in such a hunky dory position right now, had more of a warning for li’l Kim:

Kendall asked if she meant trusting “of people,” and Kim confirmed that’s what she meant — while not getting into any specifics about which people she was talking about. Of course, it’s not too terribly difficult to make some educated guesses if you’ve been keeping up.

It wasn’t all dire, though. Not wanting to diverge too much from her sisters, she added:

“But still have your open heart. And trust the universe.”

“I would say just remember not to let the outside noise break you down.”

Um, when has Khloé ever done that? Sounds like she already took her own advice.

What do YOU think about Kim’s words for her past self? Who was she talking about most??

Ch-ch-check out the full segment (below)!