Double jabbed NHS doctor who died of Covid after spending months away from family missed booster by days, wife reveals

THE hero NHS doctor who died from Covid after months away from his family was just days away from boosters coming in, his wife has revealed.

Heartbroken Saila Halim has told how her hard-working husband was double jabbed and would have been eager to get his third dose. 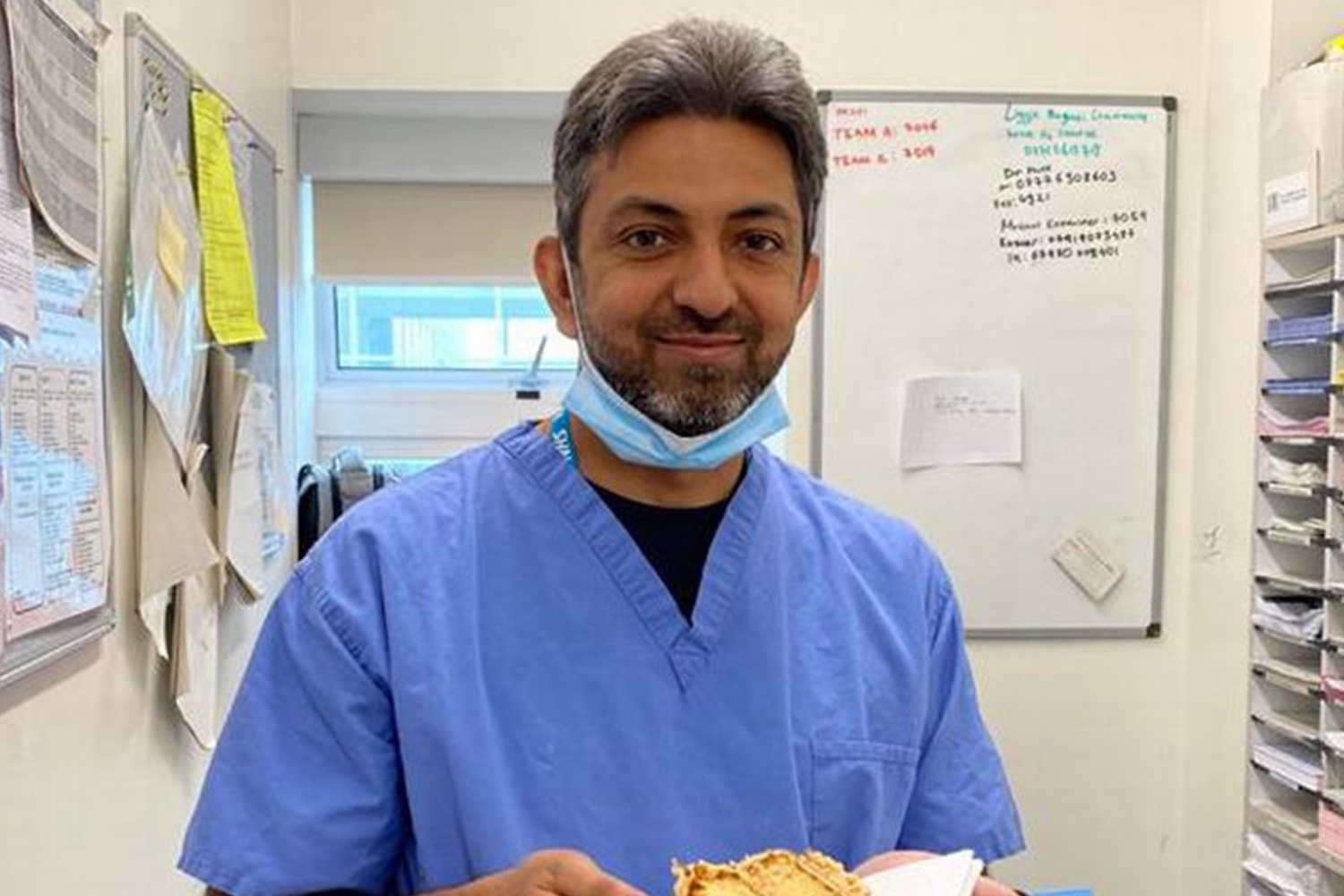 But tragically Dr Irfan Halim, 45, caught the killer virus while tending to patients just days before the booster rollout began.

He had received his second jab in January and was then struck with Covid on September 10 – fighting the virus for nine weeks before tragically dying.

The beloved doctor has been remembered as a devoted father-of-four who worked tirelessly throughout his 25-year career treating more than 250,000 patients.

She announced with a "broken heart shattered in pieces beyond imagination" that he had died.

The grieving wife told the Daily Mail: "My husband worked away from London and I'm not sure which vaccine he received but he was double vaccinated and always wore full PPE when he was on the wards.

"It's a double tragedy for the family and we are in too much pain to consider anything else."

She told how he died just two months after taking up work on the Covid ICUs at Great Western Hospital, Swindon.

It is thought he caught the virus before collapsing on a shift, and spent the next nine weeks seriously ill.

The 45-year-old dad was surrounded by his family on his last day.

Salia said: "I held him in my arms and whispered prayers and love. We have lost our hero. He was an incredible husband, father and son. He was a best friend to the whole family.

"We all feel empty and I'm not coping. He was my life, my world, my everything. Nothing could have prepared us for this."

The doctor had been on the frontline of the Covid battle since its outbreak in 2020, and September 10 was just another day saving lives.

A colleague said: "Being a fighter, he never gave up. He kept believing he would recover."

A friend said that Dr Halim didn't smoke or drink and was someone who just "helped people all the time".

They also said he fought hard to be with his children, the youngest of whom is five, every day, and had dedicated 25 years his work in the NHS.

In a heartbreaking post on social media, Mrs Halim said: "Irfan you gave me 15 magical years as your wife, four beautiful children, wonderful memories that will last me until my remaining days in this world.

"You gave 25 dedicated years service to the NHS working as a Consultant General Surgeon.

"Please remember him in your prayers and duas and mountains of strength for his children for the pain of losing a wonderful, beloved father at such a tender age.

"Irfan you were not only my best friend but a best friend to all our children and so many others."

You were the definition of service to others

The medical community has been sharing their grief over the loss of the widely respected surgeon.

He held one of the highest volume practices in the UK, seeing approximately 300 new patients every month and performed over 1,200 procedures annually.

Hash Syed, a colleague who worked with Dr Halim building a new digital health platform, paid tribute: "I will cherish the fun we had building Entero at the Antler hub near Liverpool Street.

"Whether it be you riding around on your scooter, or our favourite burger bar.

"You were the definition of service to others, and believing in more. A man of many talents across being a doctor, a pilot and a lawyer.

"Most importantly, loving father and husband and great friend. "

Mrs Halim also said: "He was the embodiment of ethics, unconditional friendship, a renaissance man of many skills, a scholar that has taught thousands.

A GoFundMe page has been set up for Dr Halim's family and has already raised more than £80,000.