Driven by vinyl and streaming, album cover art is having a renaissance

An eye-blurring image of nature folding in on itself – “natural elements messed with digitally”, as Tame Impala’s Kevin Parker puts it – the cover’s saturated colours and post-reality perplexity instantly capture the band’s expansive psychedelia. 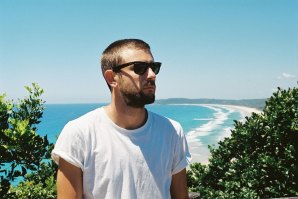 For Podhajsky, born and raised in Byron Bay and currently based in Berlin, the design was a game-changer.

“That was the catalyst for kicking it off, where I was like, ‘Ok, this could actually be my career’,” he says. He’s since designed album covers for acts as diverse as pop queen Kylie Minogue and post-dubstep faves Mount Kimbie, collected in his new book New Psychedelia (Thames & Hudson).

“We tried to catalogue them all in the book, but we ran out of space. There must be hundreds now.” 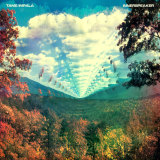 The past decade’s vinyl renaissance – which, according to ARIA figures, increased another 32 per cent over the past year, drawing $29.3 million from 1.14 million sales – has been a boon for innovative album art.

“It’s re-emphasised how important visuals are to music. I think with the start of the internet, the decline of CDs and the early move away from physical musical, there was this weird, in-between place where album art became less of a concern and budgets for cover art dropped off with record labels,” Podhajsky says.

But the boom in both vinyl and the ever-growing streaming market has made eye-catching visuals a necessity.

“There are so many platforms now for musicians to publish their work,” says Podhajsky. “For music to stand out among such a saturated crowd, it really has to have visuals to help the audience get an understanding of what the music is before they even listen to the music. And that’s always been the goal – communicating what the music’s about.” 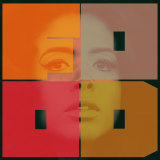 Podhajsky’s work – including a striking set for Icelandic band Of Monsters and Men’s Beneath The Skin, which earned him a 2015 Grammy nod for best boxed or special limited edition package – is near peerless in evoking mood. Even a seemingly simple cover like the one he designed for Food, R&B star Kelis’s 2014 album, is remarkable in the way just four colour blocks – orange, brown, red, yellow – can evoke a whole era of neo-soul.

“Let me tell you, those colour blocks took a long time to settle on,” he laughs. “I think we did about 200 slightly different colour variations just trying to get what she was going for, which was harking back to old Blue Note albums but with a modern twist.”

“Everybody is able to do vinyl now, even bands who don’t have a huge budget can do vinyl, so that’s opened it up again because you really need a visual now,” he says. 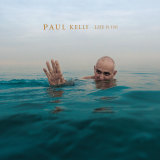 Salmon-Lomas, who took up graphic design at 26 after a previous life playing football in Perth and running a gardening company, won the ARIA Award for best cover art in 2017 for Paul Kelly’s Life is Fine, featuring a playful image of the singer-songwriter at sea (he’s currently on his ninth collaboration with Kelly).

“We went through a million ideas for that one,” he says. “There was another photo where Paul was wearing a beard of bees, another one like Iggy Pop’s Lust for Life where Paul had a bloody nose, broken teeth. The image we used was actually black and white when we first got it, so that was hand-coloured. Once we saw it in context of the cover, we knew it was the one.”

The pull of album art is the drama and mystique it can hold, says Salmon-Lomas, citing favourite designs from cult UK artist Barney Bubbles, who did the early Hawkwind covers, and Andy Warhol’s work on The Rolling Stones’ Sticky Fingers.

“Sticky Fingers is good because Warhol was given a budget that he blew when he went ahead and put a real zipper on the covers. But because it had a zipper on it, every time it went into the racks at a record store it would just ruin whatever cover was in front of it. I love stories like that; they sum up the spirit of a band.”

Salmon-Lomas says a recent trend he’s noticed is musicians doing their own album covers (last year’s ARIAs saw Lime Cordiale’s Louis Leimbach nominated for best cover art for his design for their album 14 Steps to a Better You, while Megan Washington claimed a trophy for her cover co-design for her album Batflowers). 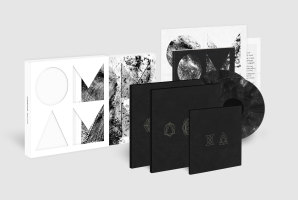 Podhajsky’s Grammy-nominated design for Of Monsters and Men’s Beneath the Skin, 2015.Credit:Leif Podhajsky

Despite the intrusion on his creative space, he’s all for it. “I don’t mind that. And you could say they’re closer to the process in the first place, so it makes sense. I think it just makes the whole world of music artwork so much richer.”

In any case, collaborating with artists is better than fighting the sudden whims of record label managers who often want to contribute their own two cents.

“It does happen sometimes. I guess the record companies are the ones who’ve gotta sell it so if they don’t think it’s going to sell, they’ll usually have their say.”

Podhajsky, who’s worked with both indie bands and popstars, the latter usually glued to using their image and personas to drive cover designs, says modern media – including animation, virtual reality and the current NFTs trend – allows a different approach to cover art.

“I tell artists nowadays you don’t have to be on the cover as much because there’s already so much other material that exists in the digital sphere: press shots, interviews, social media. Your face is already out there that you can kind of keep the album as a separate, secret world that can pull people in that way. It’s super exciting going forward because there are so many possibilities.”