The Duchess of Cornwall wrapped up warm in a baby pink coat as she thanked NHS staff during a visit to a church vaccination centre in London today.

Camilla, 73, appeared in good spirits as she spoke to volunteers and staff members working at the Community Vaccination Centre at St Paul’s Church, Croydon,

It was recently confirmed by Clarence House that Charles, 72, and Camilla have had their first Covid-19 vaccinations.

Camilla’s visit comes after the Queen, 94, made a historic intervention in the coronavirus vaccination drive, suggesting it is selfish not to have the jab. 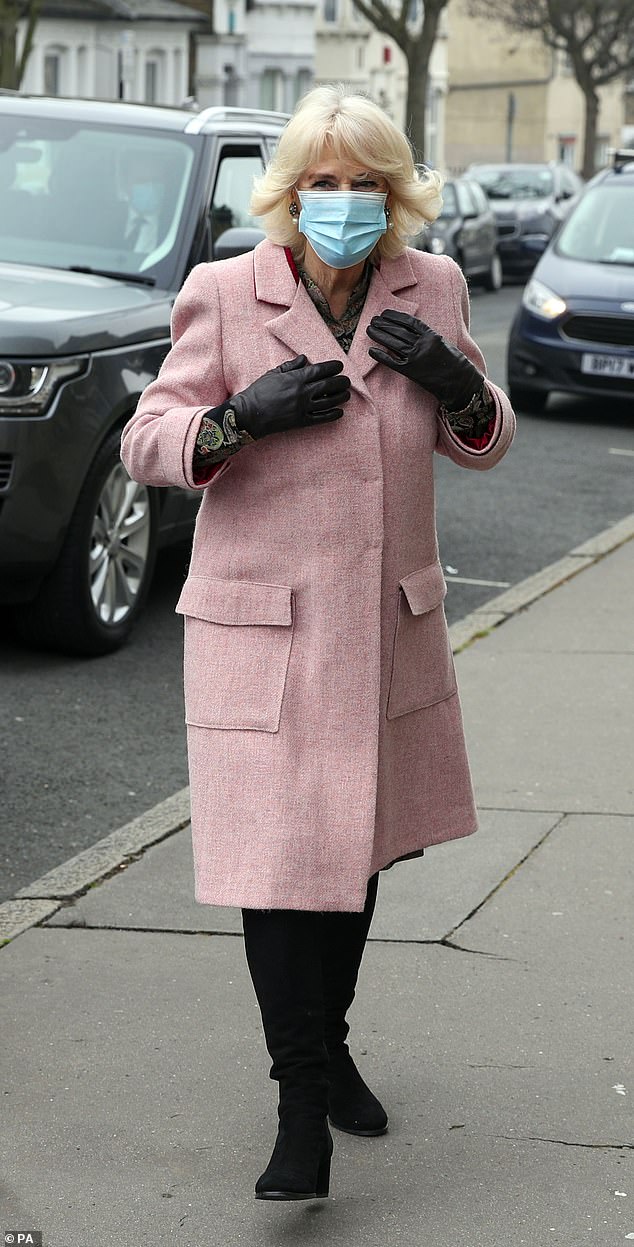 The Duchess of Cornwall, 73, wrapped up warm in a baby pink coat as she thanked NHS staff during a visit to a church vaccination centre in London today 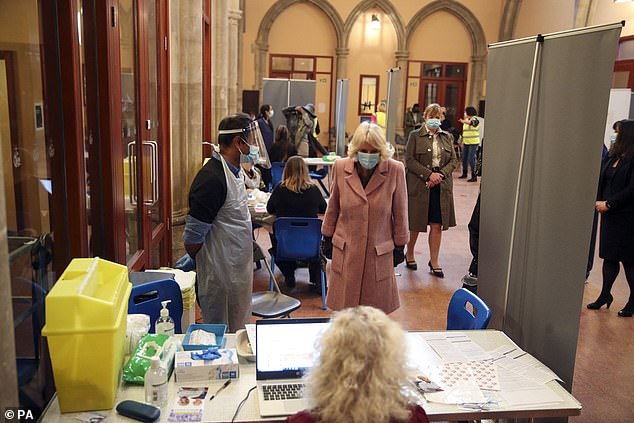 The royal spoke with volunteers, church representatives and NHS staff during her visit to the hall in Croydon today 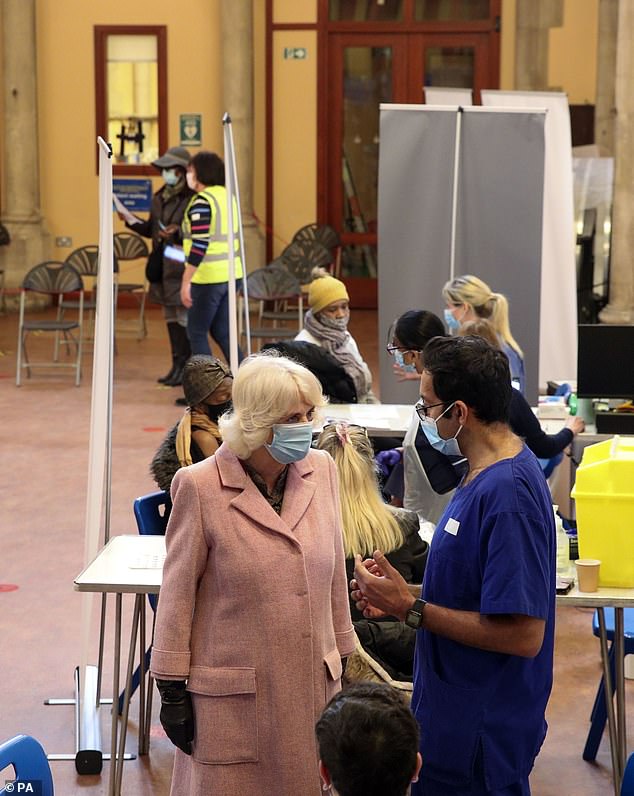 She styled her hair with its signature waves to complete the look and appeared to be wearing very subtle make-up.

The visit is far from the royal’s first to a vaccination centre, having visited the Wembley Vaccination Centre at the end of last month.

Camilla has also revealed that she feels ‘grateful’ to have had the first jab of her vaccination. 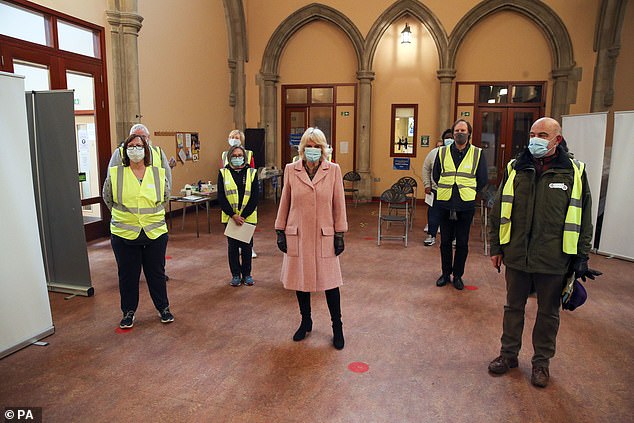 The Duchess, who wore a medical face mask during the visit, posed for socially distanced pictures with volunteers 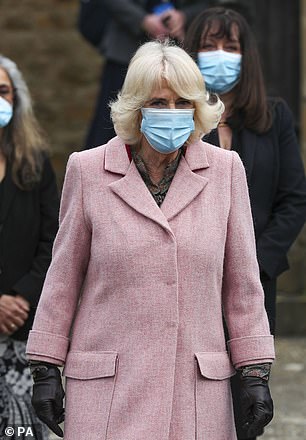 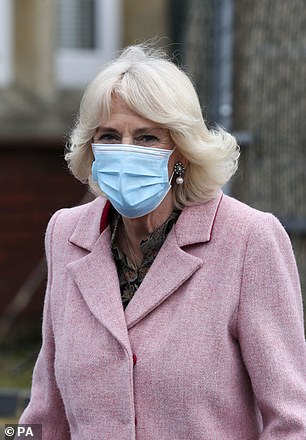 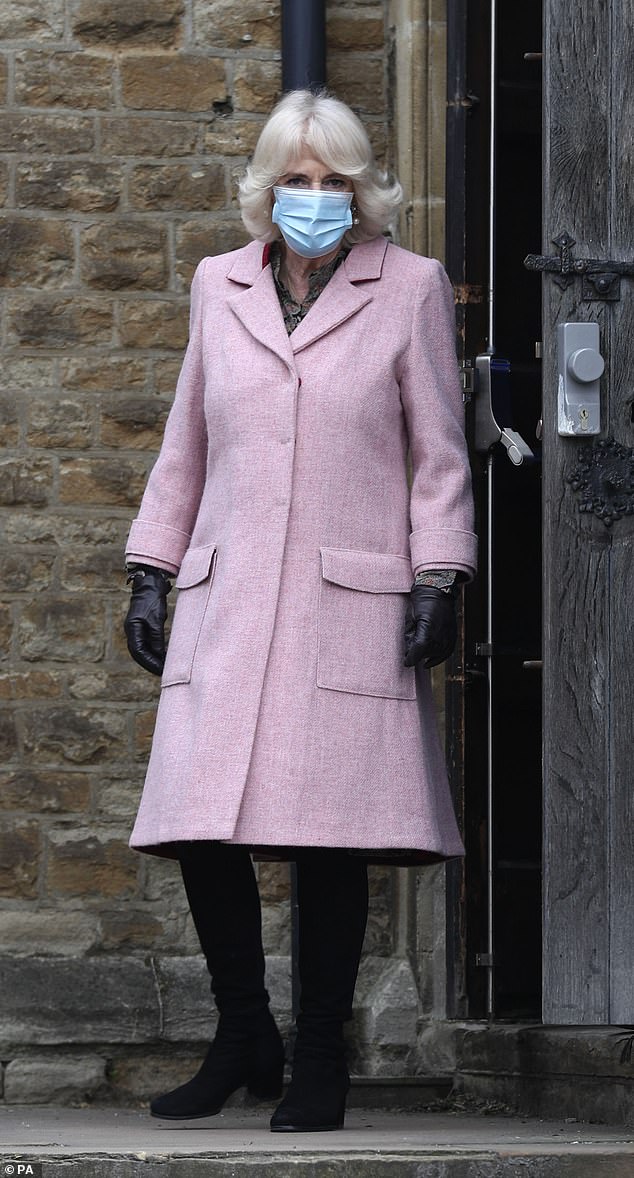 The royal opted for a long-line baby pink coat for the appearance today, and kept warm by wearing knee length suede boots

It is likely, although not confirmed, that Charles and Camilla would have had the Oxford/AstraZeneca vaccine, as did the Queen and the Duke of Edinburgh.

At an engagement in Birmingham last month, the Duchess reassured Nicki Cadwallader, 50, who was receiving a jab as part of a trial for cancer patients, saying: ‘I was waiting for it to be done and they said, ‘It has been done’. It was painless. It was brilliant.

‘It’s very good when it’s over as you feel more secure. Panic over.’

The duchess later told the vaccination trial staff: ‘I leapt for joy. I didn’t feel anything. I’m eternally grateful for everything.’ 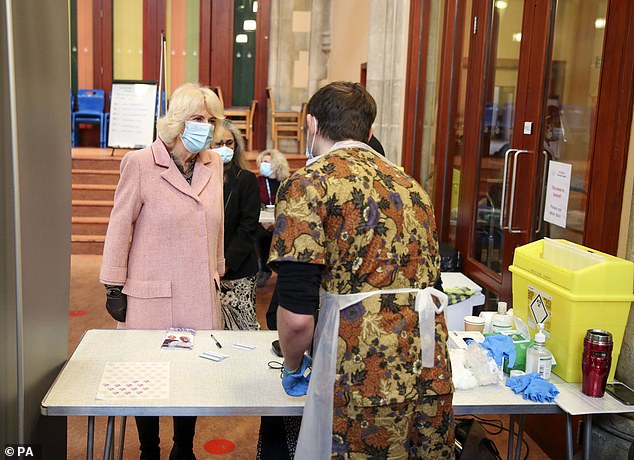 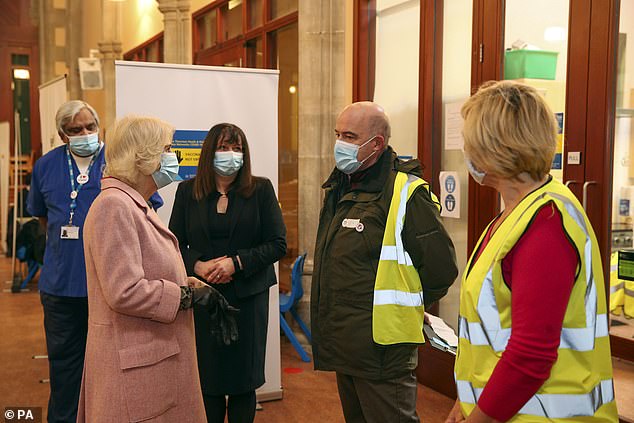 During a visit to University Hospitals Birmingham NHS Foundation Trust, Charles and Camilla unveiled a plaque which thanked staff for their ‘incredible efforts’ during the pandemic.

The Prince of Wales has expressed concern about the ‘variable uptake’ of the Covid-19 vaccine in some ethnic minority communities.

He described the 100,000 death toll in the UK, passed last month, as a ‘most sobering milestone’. 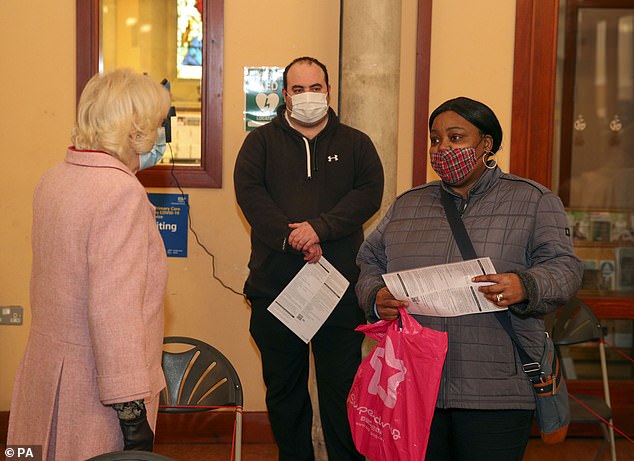 Meanwhile the royal also spoke with front line worker Sabina Eze, who was waiting to be giving her jab, during a visit to the Community Vaccination Centre

Earlier this week, in a video call with NHS officials in charge of the rollout, the Queen encouraged those with doubts to ‘think about other people rather than themselves’.

The 94-year-old monarch said her jab last month ‘didn’t hurt at all’ and had made her ‘feel protected’. Likening Covid to a plague, she said it was remarkable how quickly the inoculation programme had been put into action, helping ‘so many people’.

A senior royal source said: ‘It is a passionately held belief that people need to get out there [and get vaccinated] – this is important.’ 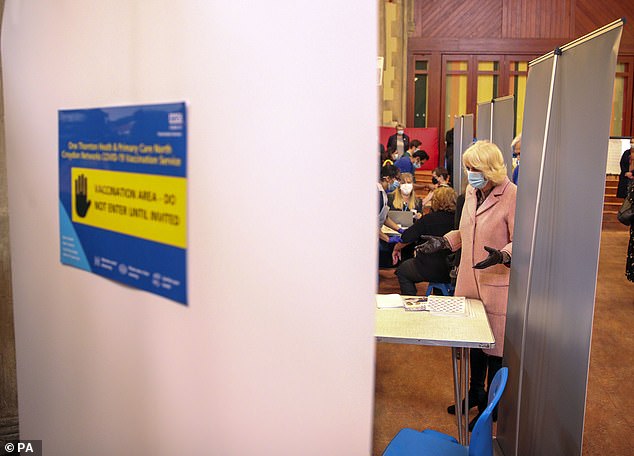 It is highly unusual for the sovereign to take such a firm public stand on contentious issues and her remarks will be seen as a victory for efforts to increase take-up. An NHS vaccine chief said it was an ‘incredibly important vote of confidence’ in the programme.

The Countess of Wessex is volunteering as a St John Ambulance volunteer at a vaccination centre. More than 10,000 volunteers have been trained for deployment at 2,500 sites around the UK.

More than 18million Britons – one in three adults – have had at least one jab.