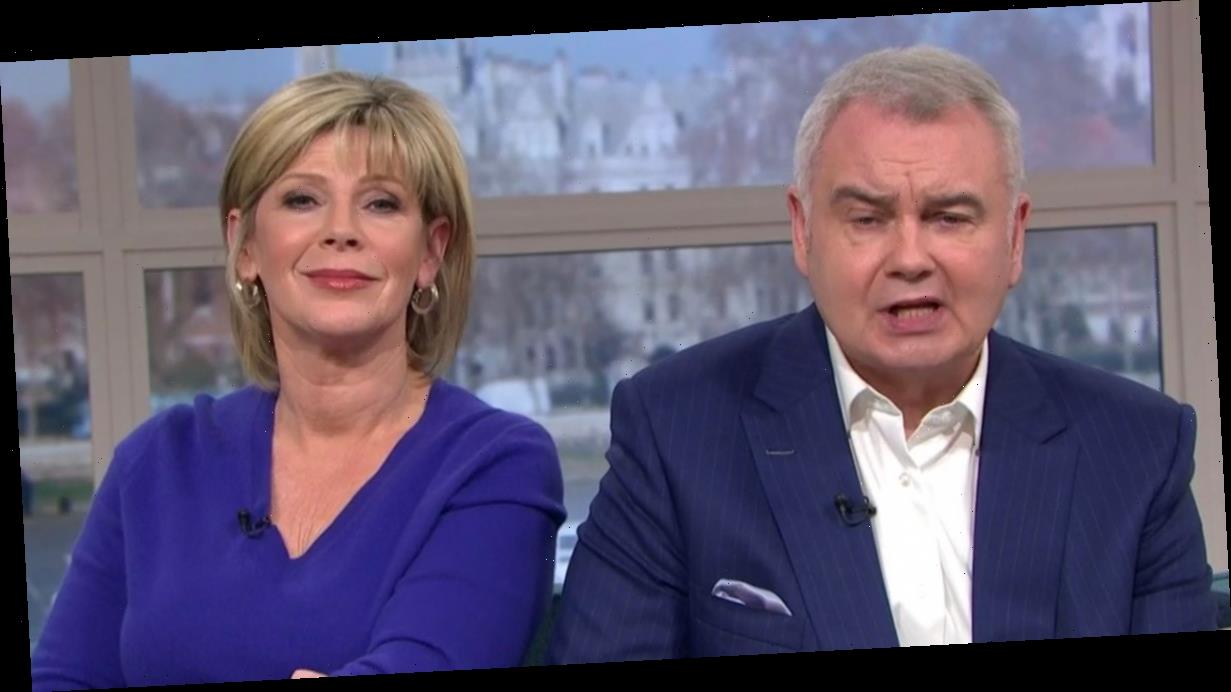 Eamonn Holmes has defended his decision to make a joke about Holly Willoughby and Phillip Schofield in a hot tub just moments after the This Morning host came out on national TV.

Eamonn joined Holly Willoughby and Ruth Langsford on the hit ITV daytime show to support brave Phil through the announcement.

In a bid to lighten the air as all involved fought back tears, Eamonn said: "I'm disappointed in a couple of ways.

"First of all I thought you were going to come in and announce you had resigned and I could have your job, but that wasn't to be.

Taking to Twitter to address the backlash and support Phil, Eamonn shared a snap him hugging Philip before adding: "A picture paints a thousand words.

"This is a man who was in pain, who today confided in Ruth and I and who knows we stand in support of him, his family and his sexuality.

"Also unlike some, he appreciated a laugh to break the tension. Hoping you find happiness."

After Eamonn made the tongue-in-cheek gag earlier in the day, This Morning viewers took to Twitter to moan it was 'tacky'.

One viewer wrote: "A beautiful interview on #ThisMorning wrecked by Eamonn making a tacky hot tub joke,' followed by a glaring emoji."

Another fumed: "Eamonn ruined a very heartfelt moment there #ThisMorning."

In statement on Instagram, Philip said: "You never know what's going on in someone's seemingly perfect life, what issues they are struggling with, or the state of their wellbeing – and so you won't know what has been consuming me for the last few years.

"With the strength and support of my wife and daughters, I have been coming to terms with the fact that I am gay."

Speaking to Holly, an emotional Phillip said: "It's funny because everyone i've spoken to, including you, has been so supportive and so loving and caring.

"My entire family have and said it's ok, I love you.

"Every person I tell it gets a little easier."

Thinking about his family, Philip added: "I am very aware Steph and the girls are watching this. We've spent a lot of time together."