EASTENDERS fans think they have spotted a clue that Chantelle Atkins has been murdered by her abusive husband Gray.

In a sneak peek of filming from this week the soap showed a scene where Gray appears to let his darkside out in front of mother in law Karen Taylor. 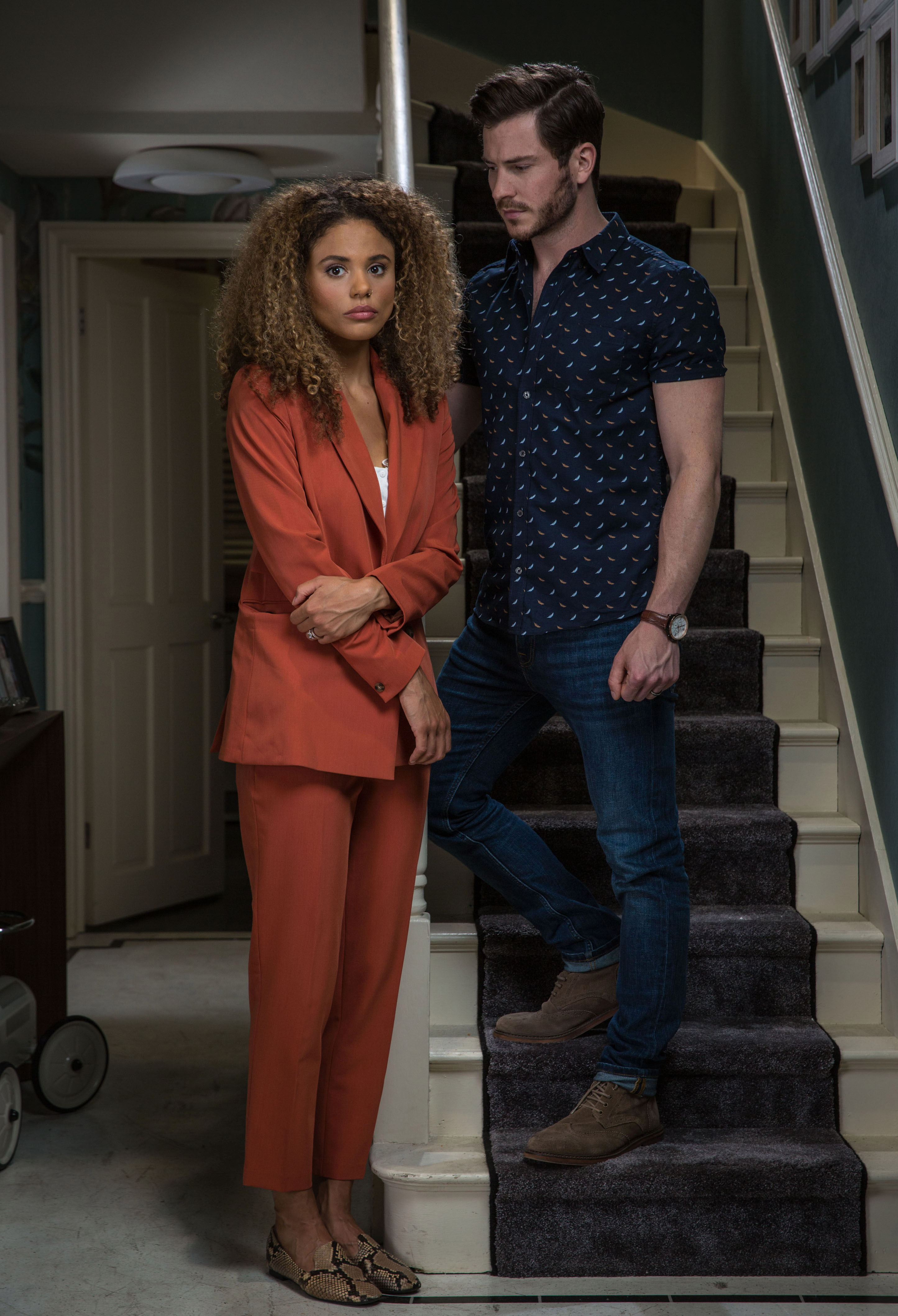 His father in law Mitch Baker and Kheerat Panesar are also present in the pub – but there is no sign of Chantelle.

Eagle-eyed fans now think there will be a time-jump to account for the time off air and that Chantelle has been killed by Gray.

Writing on Walford Web, one said: "More convinced Chantelle is a goner! The actress got new headshots & we all know what that means…Lorraine Stanley is saying Karen has a dark story coming up.

"I also don’t see Chantelle leaving Gray & him just going to prison or coming back for some revenge plot which sees him die as It’s all been done before." 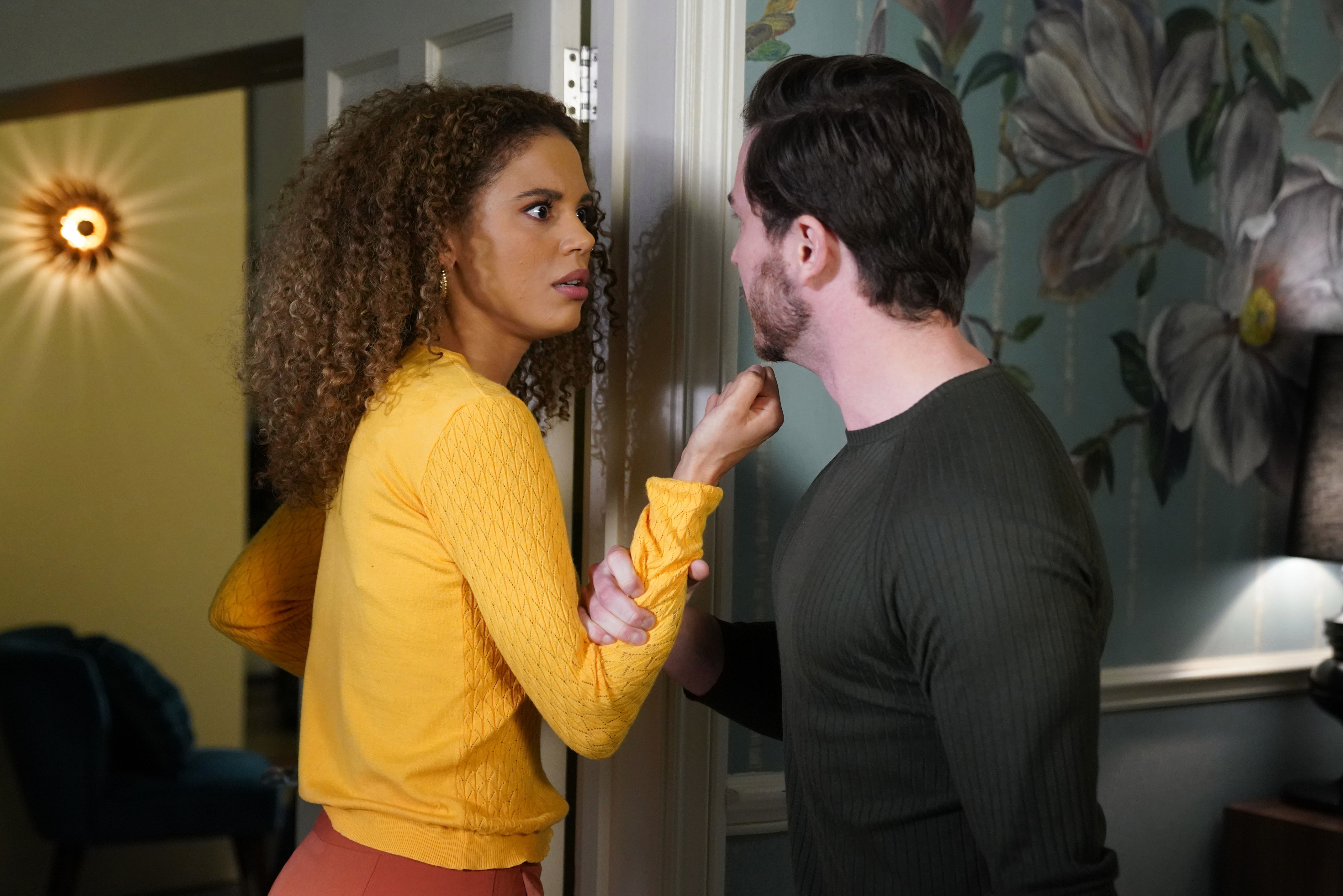 Another added: "Karen’s dark storyline will probably be her joining the 'Bereaved Parents of Albert Square' club.

"Ian, Sharon and Max will welcome her in after Gray beats her daughter Chantelle just a little bit too hard next time. Just a hunch."

New photos have shown the cast and crew of the soap returning to work with social distancing measures in place.

Filming of the BBC soap resumed on Monday after it was paused in March because of coronavirus restrictions. 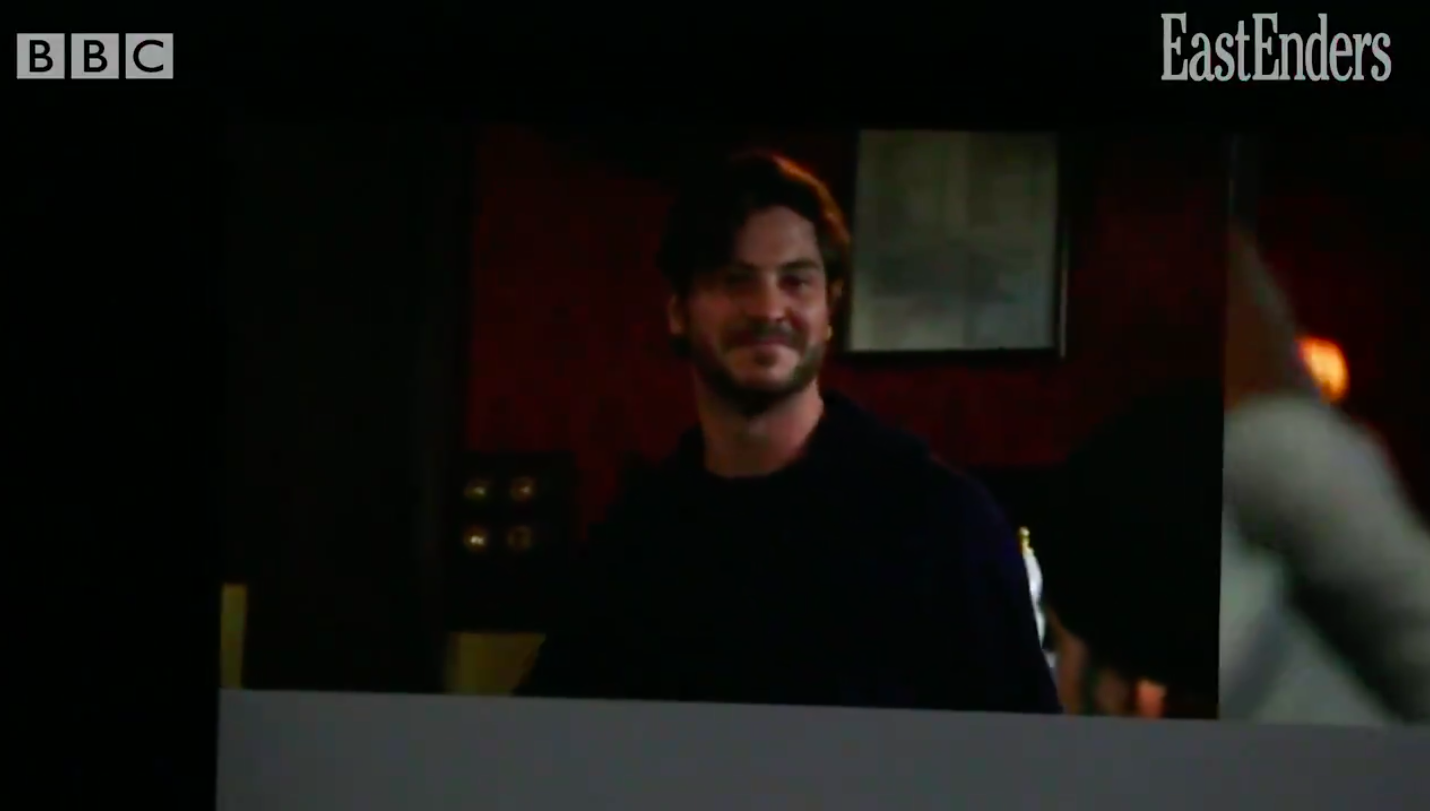 The pictures show stars including Danny Dyer and Adam Woodyatt, who play Mick Carter and Ian Beale respectively, back on set.

EastEnders will return with a running time of 20 minutes.

Transmission of new episodes is currently paused as the BBC ran out of material filmed before the lockdown.

While the soap is off-air, classic episodes and a spin-off featuring Stacey Dooley are plugging the gap.

Stars Letitia Dean, Diane Parish, Tameka Empson and Kellie Bright are among those taking part in the programme.