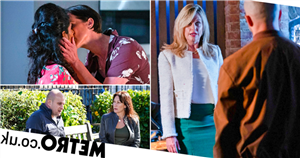 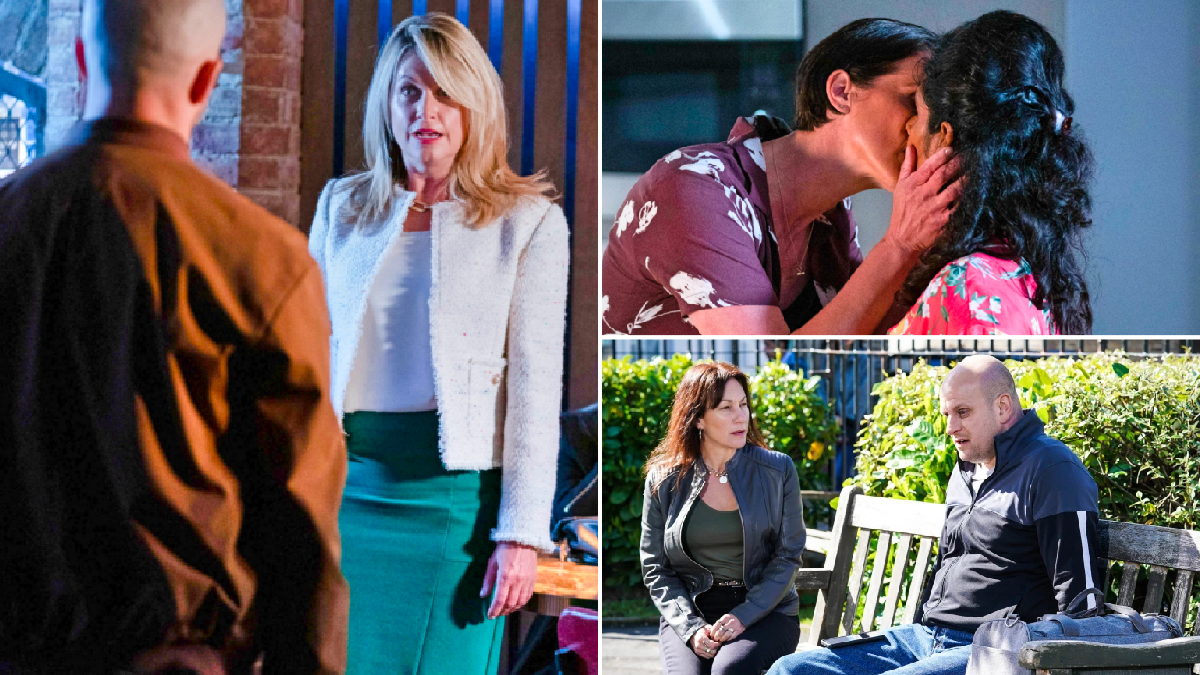 With tense showdowns, surprise passion and a number of potential exits on the cards, next week’s EastEnders offerings are certainly appointment viewing!

Sam defiantly refuses to back down, but the threat becomes serious, and as things spiral out of control, someone winds up shot!

Suki Panesar (Balvinder Sopal) invites Eve Unwin (Heather Peace) over to lunch to thank her for all of her support. Eve, however, detects a spark between them, and thus she leans in for a kiss.

How will Suki react?

Rainie Highway (Tanya Franks) faces a dilemma when Bernie Taylor (Clair Norris) tells her she can have Roland, but only if she leaves Stuart (Ricky Champ).

Stuart, however, makes things easier, as he decides to leave his wife! Karen (Lorraine Stanley) does her best to get through to Stuart, but Rainie resolves to leave the Square. Will Stuart be able to convince her to stay?

It’s all kicking off in Walford next week, and here’s your first look at all the drama which is set to unfold.

EastEnders airs these scenes w/c Monday June 27 on BBC One.