EastEnders spoilers: Sheree is terrified that Patrick will die 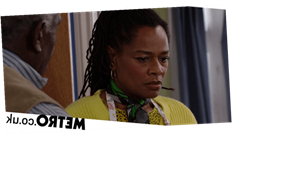 Sheree Trueman will leave her nearest and dearest fretting for her safety in next week’s EastEnders when she disappears in the wake of husband Patrick’s (Rudolph Walker) hospitalisation. But has she fallen prey to preacher-turned-psychopath Lucas Johnson (Don Gilet)?

Friday’s episode saw Patrick rushed to Walford General after suffering a stroke, but a traumatised Sheree finds herself unable to cope and scarpers – a move that leaves both Denise (Diane Parish) and Kim (Tameka Empson) fearing the worst and son Isaac (Stevie Basaula) having to step up in her absence.

‘Sheree is shocked by what’s happened to Patrick,’ explains actress Suzette Llewellyn. ‘His experience with Covid has left her frightened – Sheree has already lost one husband, so she’s now scared of losing Patrick too. She’s not coping very well and can’t face things at the moment.’

With Sheree having gone AWOL, it’s left to the Fox sisters to assure Patrick that his wife will soon be by his bedside. Kim, though, can’t help but feel that Lucas must have something to do with Sheree’s vanishing act, but Denise doesn’t want to believe her sibling’s shock theory.

‘Sheree is in her own world. She hasn’t got a clue about Kim’s concerns because she’s so wrapped up in her own worries about Patrick,’ adds Llewellyn. ‘It’s denial and all she wants to do is run away.’

As fans will see this coming Thursday, Sheree is to be stopped in her tracks, but mercifully not by Lucas. Instead, it’s a heart to heart with neighbour Jean Slater that will give Sheree the strength to stay in the Square and support Patrick in his hour of need:

‘Jean helps Sheree realise that if her worst fears do come to fruition, she has to make the most of the time she has. Sheree really hasn’t been helping herself by not spending time with Patrick and sharing moments with him now while she can.’

Whether Denise and Kim will be able to forgive Sheree is, however, another matter. Denise, in particular has been wary of Sheree in the past, especially when it came to the fate of her first husband Eamonn. So does Llewellyn think Sheree has to make amends?

‘Well, Kim and Denise are understandably furious, so it does still feel as though Sheree is on probation. I think she feels secure in Patrick’s faith in her, but when it comes to the girls, I don’t know whether their anger will ever wear off. I hope they can forgive Sheree eventually.’

But the star teases that any sense of equilibrium may be short-lived, with hints of fresh ructions in the future: ‘There are lots to be excited about. Just when everything seems to be on even keel for the family, past problems come back to rock the boat for both Sheree and Isaac.’

On the basis of Sheree’s current crisis of confidence, It’s anyone’s guess as to whether she’ll survive such stormy waters…