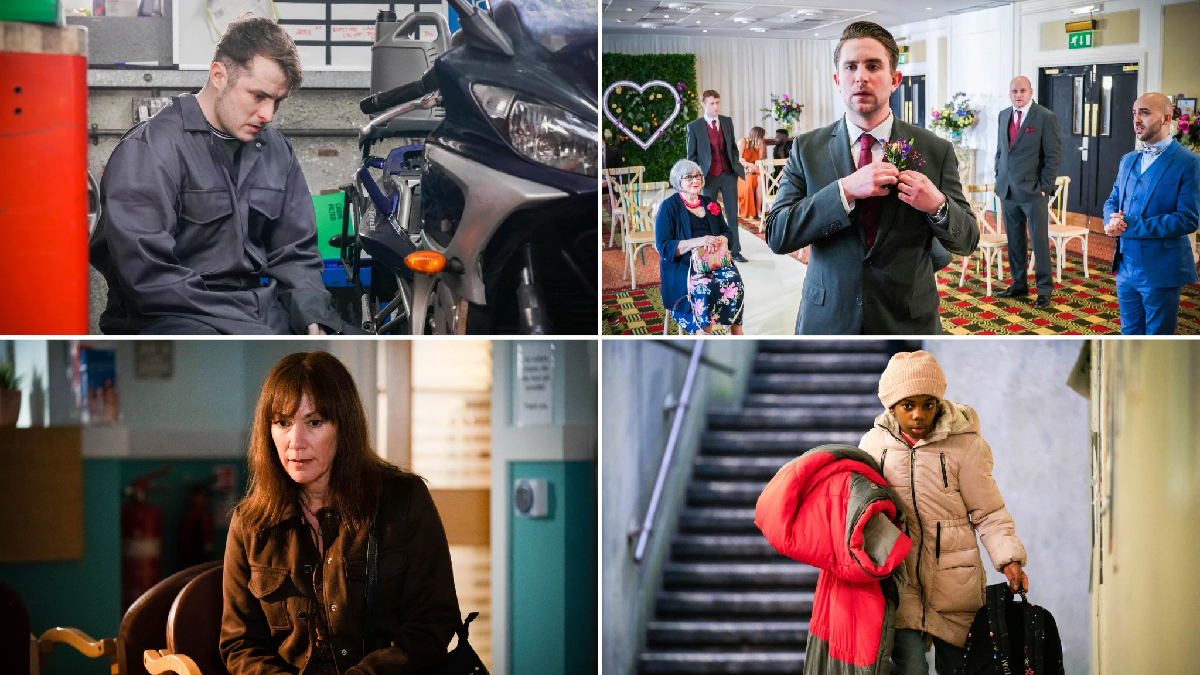 It’s a momentous day for Ben Mitchell (Max Bowden) and Callum Highway (Tony Clay) in EastEnders – but with Phil (Steve McFadden) on the warpath, it could be for all the wrong reasons. Ben is left with a huge decision to make – but which path will he choose?

Elsewhere, Bailey Baker (Kara Leah Fernandes) remains missing and Mitch (Roger Griffiths) is at the end of is tether. Is all hope lost?

It’s the day of the wedding and Callum still isn’t sure whether Ben will turn up. Kathy also fears that Ben could leave Callum waiting at the altar, so she encourages Phil to speak to him. Phil does so, but Ben still fails to get ready.

Phil storms into The Vic and informs the wedding guests that Ben is missing. The news is shared with Callum, Stuart and Vi, who are already at the registry office. Stuart rushes off to find Ben and get Callum’s wedding day back on track.

When Phil finds Ben at The Arches, he seeks answers over what Callum has done. Ben keeps it to himself, but Stuart soon slips up by accidentally telling Phil that Callum went undercover to bring him down. Phil is furious.

Linda is still struggling to accept Nancy’s decision. Zack takes Nancy out for a drink and when he asks how he can help, she jokes that all she needs is her toothbrush. Zack rushes off to retrieve it from The Vic, but his efforts go wrong.

Some youths steal Bailey’s bag as she continues to sleep rough. Banjo runs after them and Bailey goes in search of the dog. While doing so, Bailey meets a man, Reg, who reveals that he was friends with her mother.

Linda is stunned over Zack’s antics, but he gives her food for thought by revealing that Nancy wants to move out.

Nancy ends up packing her bags, but her parents beg her to stay. She agrees to do so, as long as Mick and Linda support her choice.

Mitch and Karen are relieved to have found Banjo but are determined to bring Bailey back home.

Mitch receives a call from Reg, who reveals that he has Bailey. Will Mitch and Karen be reunited with Bailey?

Whitney takes matters into her own hands.

Stuart is not pleased when Vi reveals that she intends on staying in Walford.

Bernadette sees a doctor to discuss the surrogacy plan, accompanied by Rainie. The doctor tells Bernadette that there are some factors which could lead to complications with a potential pregnancy. Rainie is left unsure, knowing that she and Stuart only have one chance.

Kheerat puts his foot in it when he’s out for a date with Sharon. However, it seems that he has been given a second chance when a seductive Sharon appears in his doorway.

While Nancy is looking after Albie, she starts to feel unwell and fears that another seizure is coming on. Nancy puts Albie in his playpen and calls Mick, before crashing to the ground.

Karen receives a nasty note. She also struggles when she’s offered a free meal at the café, fearing that everyone is judging her family.